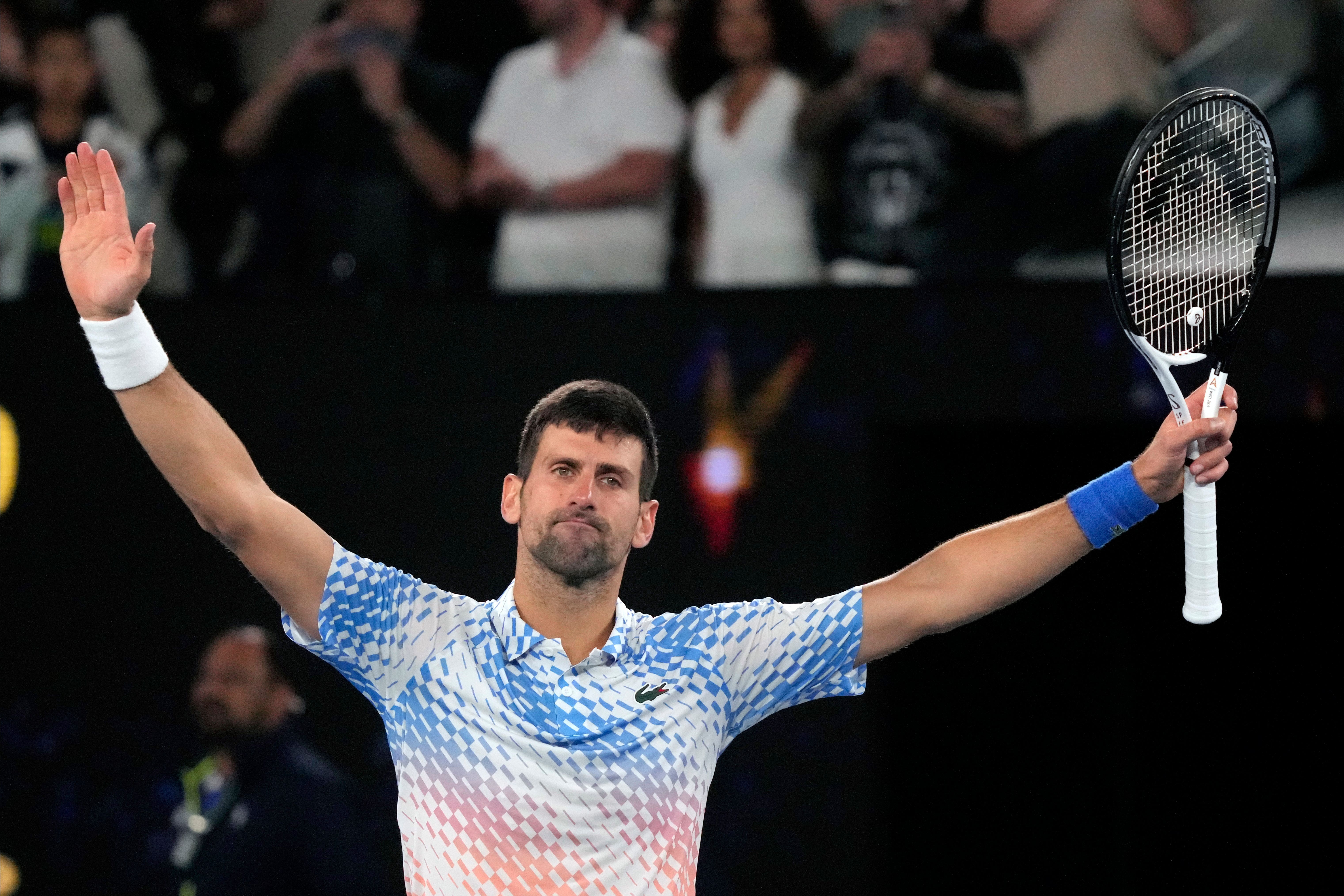 That’s very impressive from Rybakina – Azarenka leaves the ball just a touch short in mid-court on consecutive points and Rybakina lands a forehand and then backhand winner down the line to bring up two break points.

Azarenka saves them both well, the second with a steely forehand winner crosscourt, but Rybakina goes again with unrelenting power from the baseline, pushing Azarenka back and firing for the space.

Azarenka nets and Rybakina gets the break.

Business as usual for Rybakina, who races through the next service game to love.

And now an immediate break-back chance for Rybakina, who loops a forehand and catches the back of the baseline. It catches Azarenka by surprise and the two-time winner goes long. Rybakina attacks the second serve impressively and Azarenka is forced into the error.

A chance for Azarenka, as the 33-year-old lands her first return to stretch Rybakina. After landing it at her feet, Azarenka follows it in on the forehand winner. On break point, she returns again and takes on Rybakina at the net, eventually putting away the volley at the net to get the break! That could be big.

Azarenka steps into a backhand winner and plants the ball on the line to move to 40-15, and then thumps an ace to take the hold. This match is very much being set by the pace of Rybakina so far and Azarenka is having to grit her teeth to hold on.

It’s a brilliant start from Rybakina, as she whips a forehand winner off the back of her serve to get the hold. So far the only point Azarenka has won against serve is a double fault.

Azarenka’s first service game is much more of a battle, with Ryabkina hitting the ball hard and early from inside the baseline. It takes Azarenka a moment to adjust to the power from the baseline, and she gets the hold from deuce as Ryabkina steers a beackhand wide.

Rybakina begins with a double fault but it’s followed by three aces in a row to take the opening hold.

Here are the players – Rybakina looks as cool and unflustered as ever, Azarenka comes out with her Paris Saint-Germain top.

This should be a great battle between serve and return.

Before this morning’s semi-finals there was a presentation for the ‘Original 9’ on what is the 50th anniversary of the role they played in the creation of the WTA and the women’s professional tour.