The Australian Open has finally got the go-ahead to start in Melbourne on Monday after qualifying in Dubai and Doha, weeks of quarantine and a Covid-19 scare this week. Now tournament organisers claim it is “full-steam ahead” to the first Grand Slam of the year. But the event could prove to be as unpredictable and controversial as the build-up with many questions to answer over the next fortnight:

Who can stop Novak Djokovic winning a ninth Australian Open title and closing in on the Grand Slam record of Roger Federer and Rafa Nadal?

The Serb returned to world No.1 by winning his 17th Grand Slam but the rest of his year did not go to plan. Dominic Thiem, who lost the Melbourne final last year, then won the US Open before Rafa Nadal equalled Roger Federer’s record of 20 Grand Slams at the French Open. For years we have talked about a changing of the guard. But it is difficult to see beyond the top three again.

Eurosport pundit Mats Wilander said: “I do think the winner will come from Rafa or Novak. Potentially Thiem is very close to them and has got a great chance but then you have got a group behind them like Medvedev and Tsitsipas. But I don’t believe anyone will beat all three of them. 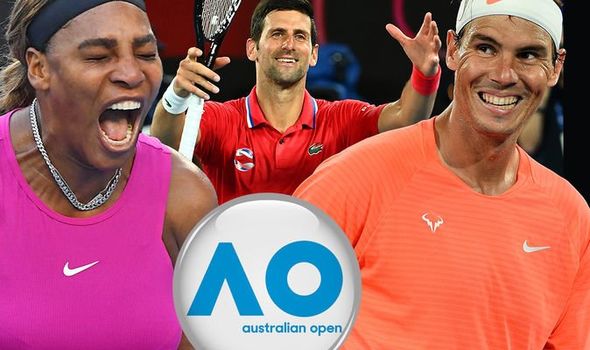 The American superstar won her 23rd and last Major title at the 2017 Australian Open when she was eight weeks pregnant. Since returning to the game, she has lost four Grand Slam finals without winning a set as a new generation of stars – Naomi Osaka, Bianca Andreescu and defending champion Sofia Kenin – have broken through.

Williams withdrew from a warm-up tournament before facing world No.1 Ash Barty this weekend citing a shoulder injury. She turns 40 this year and cannot have too many more chances to equal Margaret Court’s record. But she has won seven times in Melbourne and has experience of coming into tournaments without much match practice.

Asked this week if she still thought her game was the best in the world, the world No.11 said: “I absolutely wouldn’t be playing if I didn’t think that.”

Former world No.5 Daniela Hantuchova said: “Every time Serena enters a tournament, she has a chance to win. I think the next Australian Open could be her best chance. She doesn’t have the same pressure in this tournament as he does when playing Wimbledon and the US Open. 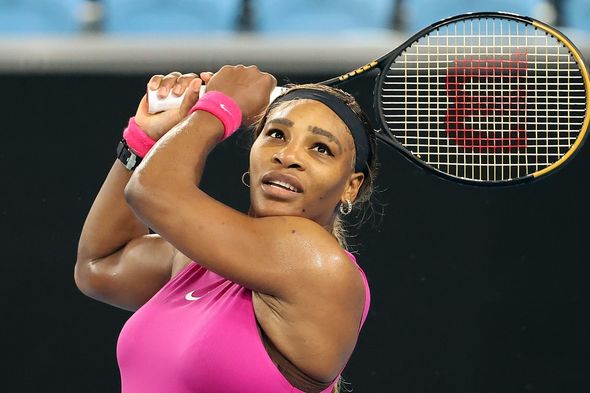 Roger Federer is planning to make his return after two knee surgeries at the Doha Open in March.

And Andy Murray, who missed the Australian Open after testing positive for Covid-19 last month, is back in action in qualifying at a Challenger in Italy this weekend.

Will the players who served hard quarantine be unfairly affected?

All players and officials had to serve a two-week quarantine after arriving Down Under. Most were allowed out to practice and eat for five hours a day. But 72 stars, who were on planes containing individuals who tested positive, were in hard lockdown and not allowed to leave their rooms. Many, such as British No.2 Heather Watson, turned their rooms into gyms or hit balls against windows or mattresses.

US Open champion Dominic Thiem said: “For the guys who were and the women who were in hard quarantine, I think it was very unlucky. It’s definitely a disadvantage, I would say, because they were two weeks only in the room. All the work from the off-season is gone probably. That’s really unlucky.”

Can there be a long-awaited home winner?

Since Andy Murray won Wimbledon in 2013, Australia is the Grand Slam nation waiting longest for a singles champion with Mark Edmondson (1976) and Christine O’Neil (1978) the last home heroes.

Stars like world No.1 Ash Barty and Nick Kyrgios missed the US and French Opens last year because of health concerns but have not had to serve quarantine and have the benefit of uninterrupted training during the southern summer.

Queenslander Barty became the first Ausse woman since Wendy Turnbull in 1984 to reach the Open semi-finals last year before losing to eventual champion Sofia Kenin. They are scheduled to meet again this year in the last four.

Barty’s coach Craig Tyzzer said: “It has probably given her a bit of a burst to go: ‘I miss this, I want to play’. She had definitely missed the competition.” 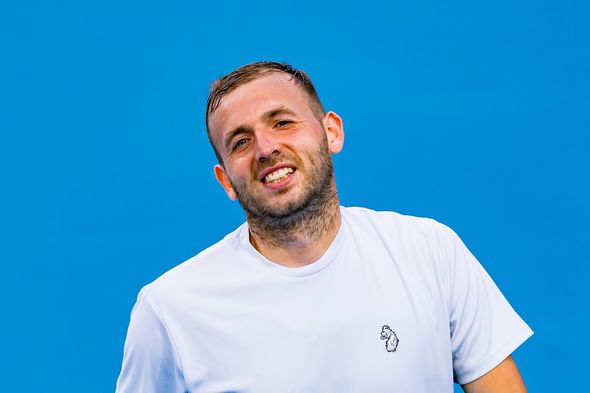 What are the British chances?

There is guaranteed to be a British man in the second round – but only because the only two in the draw will play in the first round. British No.1 Dan Evans has already started the mind games by claiming Cam Norrie is favourite because the British No.3 won their match at the Battle of Britain in July. The 2016 semi-finalist Jo Konta won only one Grand Slam match last year but should progress against Egyptian qualifier Mayar Sherif. Katie Boulter is playing on a wildcard after beating Coco Gauff last week. And Fran Jones, who has three fingers and a thumb on each hand, three toes on her right foot and four toes on her left, has the game and personality to be one of the stories of the tournament. Asked after qualifying for her first Grand Slam in Melbourne, the British No.5 said: “I probably shouldn’t say this but I was most excited by getting out to restaurants and eating as many different cuisines as possible.”

Wimbledon draw opens up for world No.1 Djokovic