British No 4 Katie Boulter roared back from almost suffering a first-set bagel to dump out last year’s Wimbledon finalist Karolina Pliskova in the second round of the Rothesay International Eastbourne.

The 25-year-old trailed 5-0 inside half an hour to the world No 7 but after she got on the board kept with the Czech before she got the Centre Court crowd off their feet on a number of occasions during a dramatic second and third set.

Boulter was able to take five of her 19 break-point opportunities to secure a 1-6 6-4 6-4 win and continue her great form after she claimed a previous career-best scalp over Alison Riske in Birmingham last week. 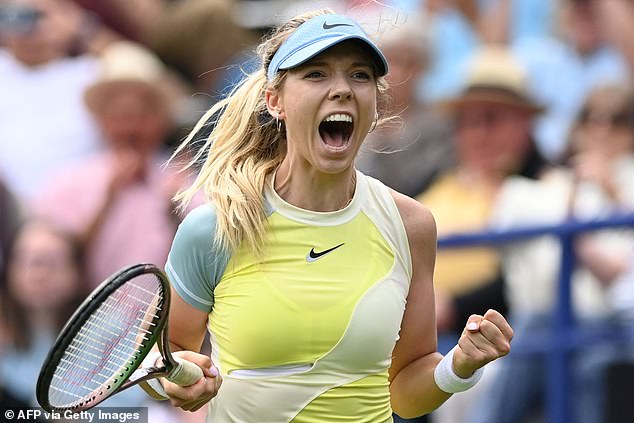 A gutsy victory over Tereza Martincova on Sunday meant the home favourite walked out for her ninth match on grass this summer and while she faced a formidable opponent, Pliskova had admitted to not feeling 100 per cent back to her best ahead of the match.

The concerns of the two-time grand-slam finalist seemed unfounded after she broke Boulter twice early on but the Brit continued to create break points and earned warm applause after avoiding a whitewash.

It boosted Boulter who continued to make chances on Pliskova’s serve and eventually started to take them in the second to level up the scores.

Four consecutive double-faults by the former world No 1 aided Boulter’s cause in the decider but she was immediately broken back to leave the set finely poised. 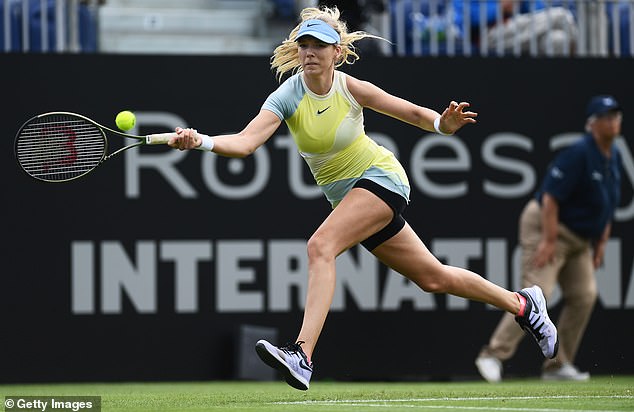 The British No 4 roared back after losing the opening set, having trailed 5-0 inside half an hour

Having let a 4-2 lead slip, Boulter remained focused and a fine return gave her the chance to serve out the victory. A first match point was saved but after a superb cross-court winner set up a second, this one was not wasted to give Boulter the best result of her career.

‘That gave me goosebumps so thank you so much,’ Boulter said on-court when asked about the atmosphere at Devonshire Park.

‘I am super proud of myself. I went out, didn’t feel great and worked so hard to get out there. I battled and fought and to beat a player like that means so much.’ 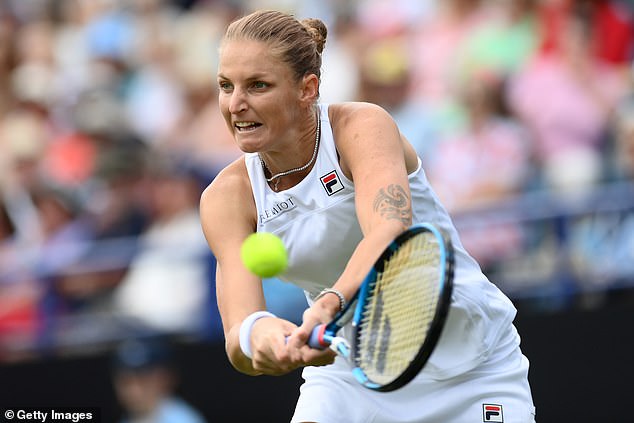 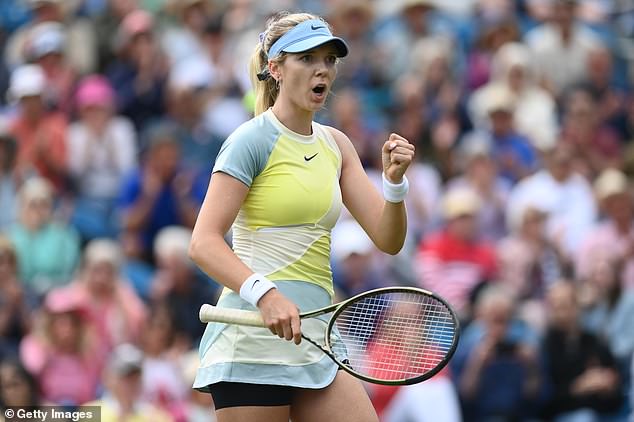 Boulter’s triumph made it two from two for the British players on Centre Court after Ryan Peniston continued his brilliant few weeks with a 4-6 7-6 (5) 6-1 success over French Open quarter-finalist Holger Rune.

A close opener went the way of the teenager after he decisively broke in the 10th game, but the in-form Peniston stuck with his highly-rated rival and edged a tie-breaker to earn thunderous applause from the crowd.

Rune lost his composure at the beginning of the decider when Peniston produced a wonderful return to a volley at the back of the court to take his first break point. 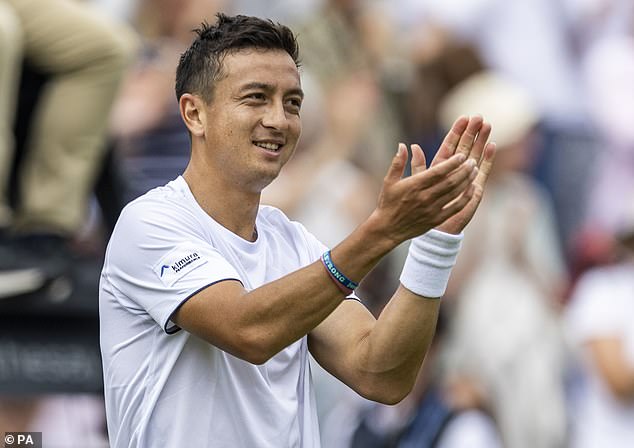 The Dane smashed a tennis ball out of the court before he whacked his racket against a towel bin to earn himself a warning.

Even though Rune did break back instantly, Peniston stayed composed and secured another break before he closed out this latest impressive result.

He said on-court: ‘I am very, very happy with that. Tough start but managed to fight thanks to you guys.

‘It has been madness to be honest. A couple of weeks ago things were a lot different but now things have changed and I am loving it.’