Cameron Norrie is looking to build on his breakthrough Wimbledon run by seizing his opportunity at the US Open.

The British number one achieved another landmark in what has been an exceptional 18 months by reaching his first grand slam semi-final at the All England Club last month.

And Norrie goes into the year’s final slam buoyed by more strong performances on the north American hard courts, reaching the final of an ATP Tour event in Mexico and then the semi-finals in Cincinnati last week. 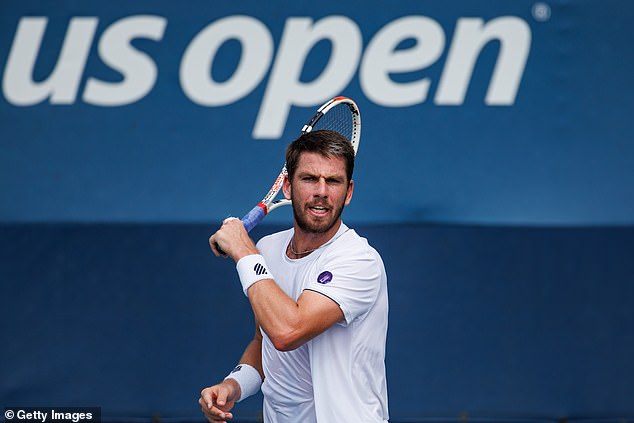 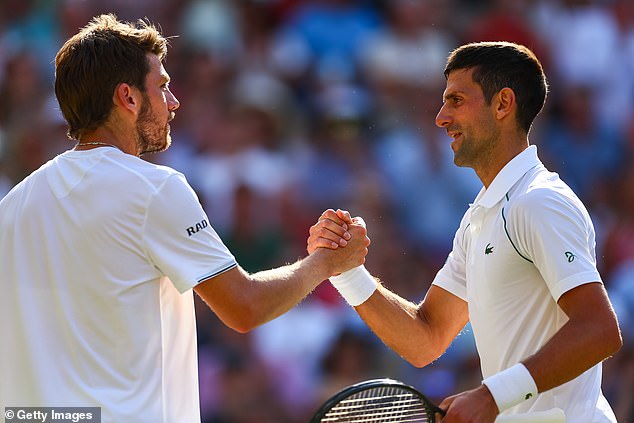 One of Norrie’s big strengths is his level-headed approach, and he said of his Wimbledon achievements: ‘It was a lot of fun but I don’t think (my life) has changed at all. I had the weekend there and then I left and I was preparing for the hard-court season, the best part of my season.

‘It was a big goal at the start of the year to make the second week for the first time and to do that and go a couple further was obviously great and to play the level that I did in those rounds beyond that was very cool.

‘Just the same goal, to try make the second week again and then go from there.’

Norrie’s rise has been a story of a relentless quest for improvement. Novak Djokovic revealed after their Wimbledon semi-final that Norrie travels with his own scales and weighs himself before and after matches and practice sessions to ensure he is getting his food and hydration exactly right.

The 27-year-old is at a career-high ranking of nine and, in the absence of Djokovic and Alexander Zverev this fortnight, is seeded in the top eight at a slam for the first time.

That should make his path to the latter stages of the tournament smoother, and he will be one of the players looking to take advantage of what is an unusually open men’s draw, with Djokovic missing, Rafael Nadal short on matches and defending champion Daniil Medvedev not in great form.

Norrie will not be getting ahead of himself, though, saying: ‘You always think Rafa is going to be done soon and he comes back and he plays a crazy level. 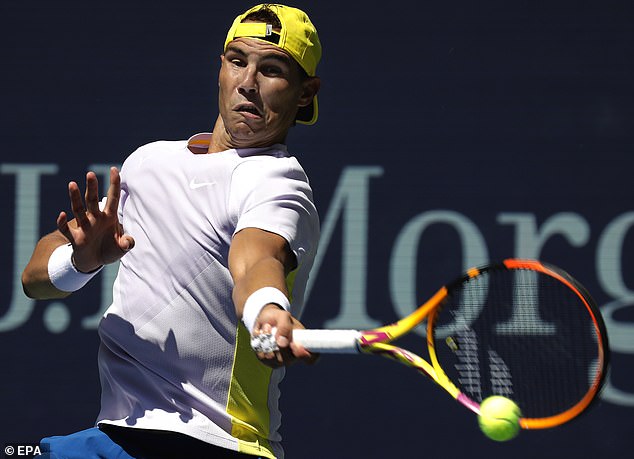 ‘I think there’s so many good guys coming through with Charlie (Carlos Alcaraz), (Jannik) Sinner, Felix (Auger-Aliassime). It is kind of a different generation coming through but I’m going to give myself the best chance and work as hard as I can in order to try and do that (win a slam).

‘I was obviously in the tournament because I was trying to win Wimbledon. It’s looking a little bit more realistic now and especially my end goal of trying to be world number one.’

Norrie leads a five-strong British contingent in the men’s draw, with Dan Evans also seeded and in good form, Andy Murray looking for a confidence-boosting run and Kyle Edmund back at a grand slam following knee surgery.

The most anticipation in some ways, though, surrounds 20-year-old Jack Draper, whose rapid rise shows no signs of stalling. 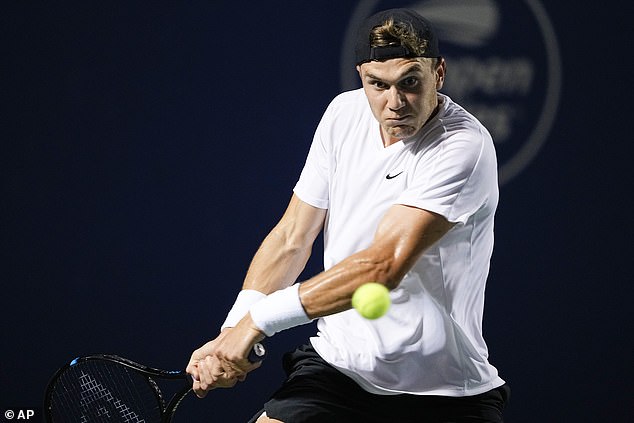 Draper will make his senior debut in New York but already stands on the verge of the top 50 having beaten Stefanos Tsitsipas and Dominic Thiem in recent weeks.

‘I feel like I’m very confident in my ability as a tennis player,’ said Draper. ‘And I think the exciting thing with me is that there’s so much development to come: physically, mentally, the more I play at this level, the more I get used to it.

‘So I’m happy with my progress, obviously. There’s a lot of work that’s gone into getting to this point, but I’ve got to keep going because I’m still young.’

Draper has a tricky draw, with Finn Emil Ruusuvuori, who he lost to at Queen’s, first up and sixth seed Auger-Aliassime a likely second-round opponent.

But the young Londoner possesses the weapons to trouble the entire field and is also taking inspiration from good friend Emma Raducanu’s spectacular success at Flushing Meadows.

‘I was looking at the centre court and I was just thinking what she did last year was unbelievable,’ he said. ‘So I was thinking at the back of my mind, hopefully I can do that one day.’

Bryan brothers to retire from tennis after 2020 season

Nick Kyrgios fires back at Casper Ruud after 'idiot' comment

Wimbledon planning for reduced capacity with minimum position by April