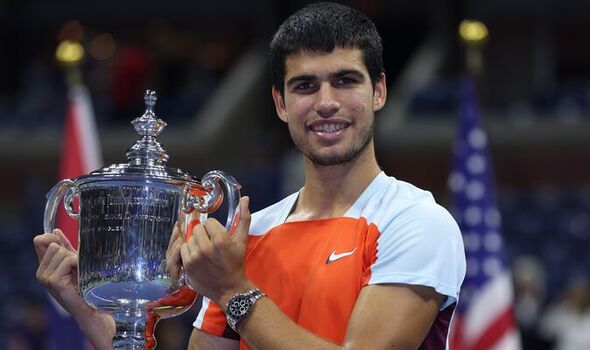 Carlos Alcaraz made a classy gesture after his US Open triumph despite breaking the record for the most time spent on court during a Grand Slam. The new world No 1 defeated Casper Ruud 6-4 2-6 7-6(1) 6-3 to lift the biggest title of his career on Sunday night and spent more than an hour on court after the match signing autographs and taking photos with fans.

Alcaraz became the first teenager to win a Grand Slam title since Rafael Nadal in 2005 when he won the US Open on Sunday. And thanks to his run in Flushing Meadows, the 19-year-old has now become the youngest world No 1 in history.

The six-time title winner also broke another record during his time at the US Open, spending the most time on court during a Grand Slam, racking up a total of 23 hours and 40 minutes on court to narrowly beat Kevin Anderson’s previous time of 23 hours and 21 minutes during Wimbledon in 2018, where he needed six hours and 36 minutes to win his semi-final match 26 games to 24 in the final set.

Alcaraz has played three-successive five-set matches going into the final and admitted he was a “little tired” when his fortnight finally ended in triumph, but remained out on Arthur Ashe Stadium long after the celebrations had stopped to sign autographs and take photos with the fans that waited for more than an hour after the match had ended.

JUST IN: US Open star defends brutal dig after officials stopped her competing 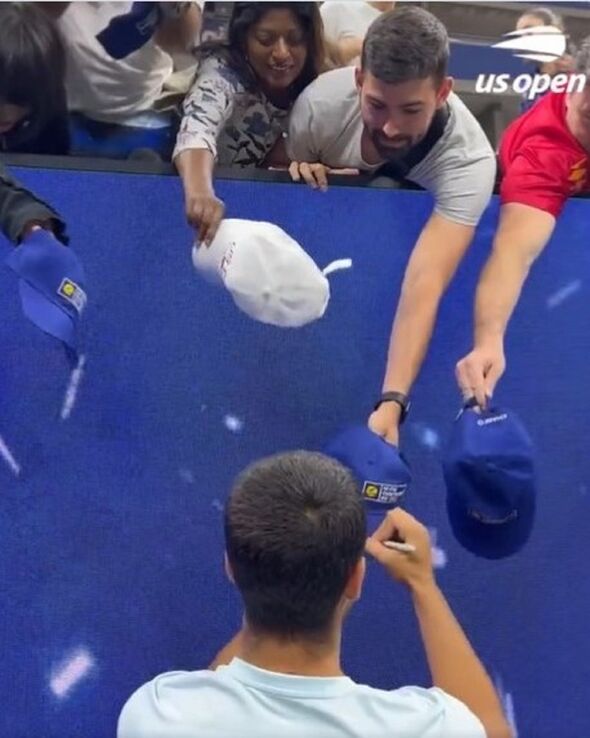 In a video posted by the US Open, the newly-crowned champion could be seen walking over to a group of fans who were holding caps over the stands, taking each one and signing them all. It ended up being another late night for the Spaniard, who had also broken the record for the latest finish of a match in New York when he beat Jannik Sinner in the quarter-final at 2.50am.

But the freshly-crowned champion in Flushing Meadows didn’t let any fatigue get to him in what was his maiden Grand Slam final, needing three hours and 20 minutes to down new world No 2 Ruud. “I always say it’s not time to be tired in the final round of a Grand Slam or any tournament,” Alcaraz said after his title win. 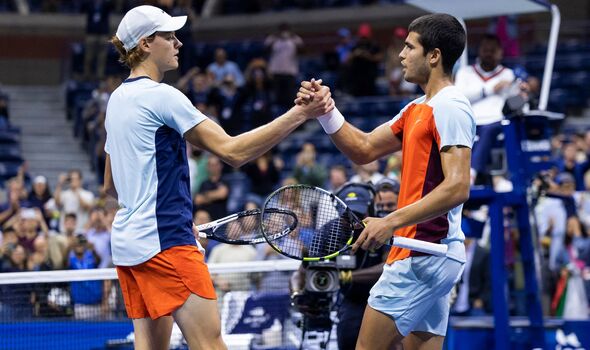 “You have to give everything on court, everything you have inside. It’s something I work really, really hard on.” And the teenager was almost speechless as he achieved his two biggest career goals in one – winning a Major and reaching the top of the rankings.

Speaking during the trophy ceremony, he added: “This is something I dreamt of since I was a kid, to be number one in the world, to be a champion of a Grand Slam. It’s something I worked really, really hard for. It’s tough to talk right now. There’s a lot of emotions right now.”