Teenage star Carlos Alcaraz is not getting caught up in the hype back home in Spain surrounding his record-breaking run to the US Open quarter-finals.

It followed a brilliant five-set victory over third seed Stefanos Tsitsipas in the third round and further enhanced his reputation as the rising star of the men’s game.

In his homeland there have been natural comparisons to Rafael Nadal but Alcaraz insists he is only concentrating on New York.

Asked if the media attention is affecting him, he said: “Not really. I know that in Spain, they are talking about me a lot, and I am trying not to think about this. Just focus on New York, on focus on every day here.”

It is certain to be the first of many deep runs into the biggest tournaments for Alcaraz, who is enjoying his place on the biggest stage.

“It’s really tough to play these kind of matches, to play five sets,” he said. “I hope to play more second weeks, to play more quarter-finals of grand slams.

“I didn’t expect to play quarter-finals here. So I think it’s a really good performance from me in these matches, so I’m really happy to play these kind of matches.”

His credentials will be tested even further in the next round as he faces Felix Auger Aliassime.

It has been the year of breakthroughs, as qualifier Botic Van De Zandschulp made it a double Dutch celebration on Sunday when he stunned 11th seed Diego Schwartzman in a major upset.

Hot on the heels of Max Verstappen’s victory at the Dutch Grand Prix, Holland can now boast a Flushing Meadows quarter-finalist after Van De Zandschulp won a five-set marathon 6-3 6-4 5-7 5-7 6-1.

The world number 117 raced away with the first two sets and was a break up in the third when Argentinian Schwartzman mounted a comeback.

When Van De Zandschulp squandered two match points in the fourth the momentum seemed to be firmly with Schwartzman.

But the 25-year-old somehow managed to reset, grabbing a double break in the decider and finishing Schwartzman off with a nerve-jangling fifth match point to become only the third qualifier to reach the quarter-finals in US Open history.

Van De Zandschulp said on court: “I don’t really have words for it. I played so many matches here, some of them from the brink of defeat, but I pulled through every match.

“For the first time in the tournament I won the first set. Even the first two – and I still almost ended up losing the match.” 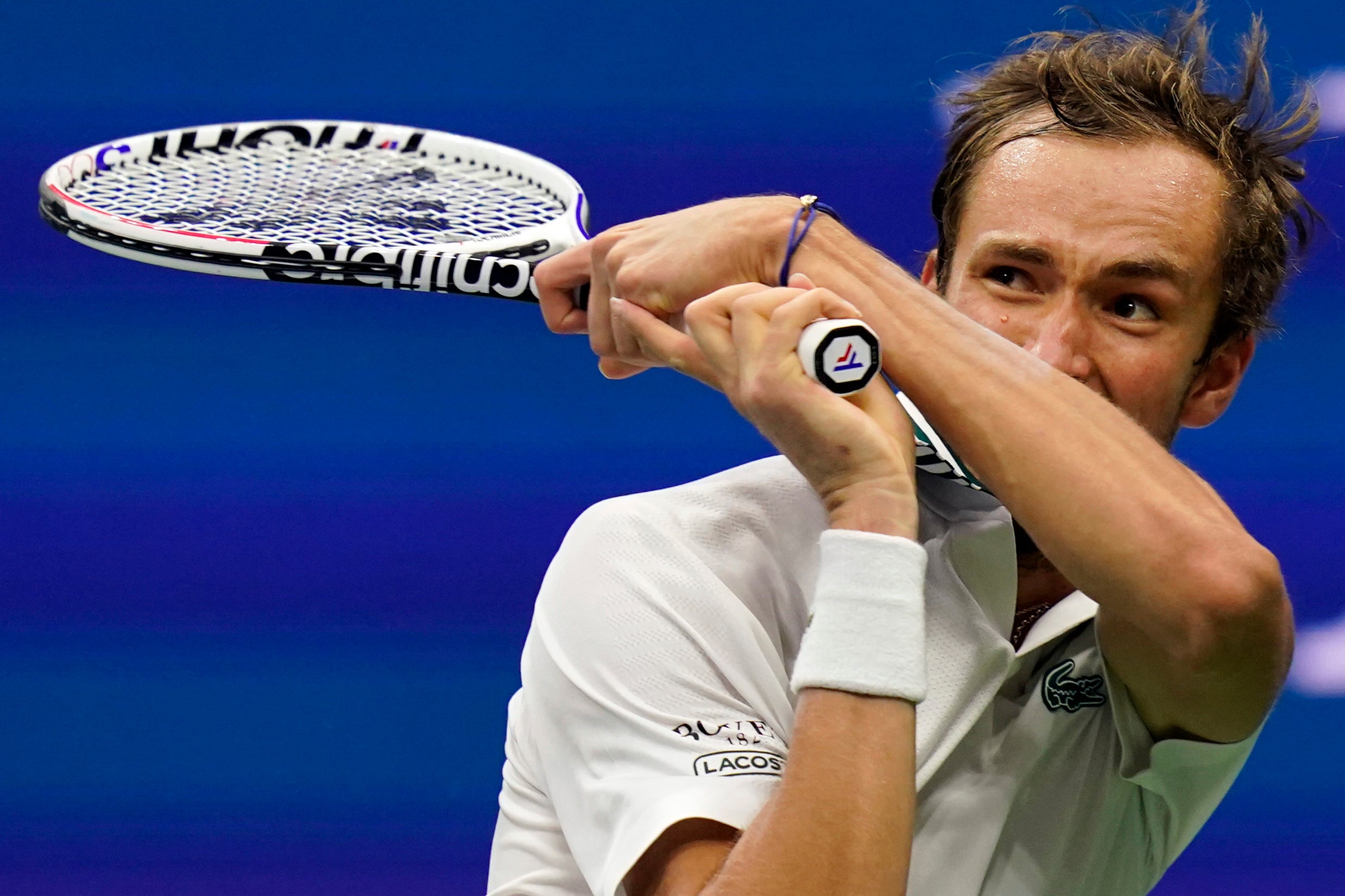 Medvedev said: “Botic, I saw the match today at 5-4 for him in the third, because then I went to play. I did think he’s gonna finish it in three, and when I went out and they told me he just finished but he still won, wow, impressive.

“I know kind of how he plays. I know he can play good. I saw this today, especially he chose very good tactic against Diego. He was all over the place.

“Again, if I serve well, if I play well, I know that it’s not easy to play against me. He has some matches in his legs. I’m going to try to use it and try to win, yeah.”