Carlos Alcaraz becomes the first teenager EVER to beat Rafael Nadal as Spanish youngster shrugs off an injury scare to record a stunning 6-1 1-6 6-3 win, setting up Madrid Open semi-final against world No 1 Novak Djokovic

Rafael Nadal and everyone else at the Madrid Open were given a glimpse of both the present and future when he was roundly beaten by his heir apparent.

A day after turning 19, Carlos Alcaraz became the first teenager ever to beat the Spanish legend when he reached the semi-finals with a 6-1 1-6 6-3 victory. He now meets the resurgent Novak Djokovic.

The youngster from Murcia is ranked nine and is clear third favourite for the French Open. He already has a Masters title under his belt this year with the Miami Open. 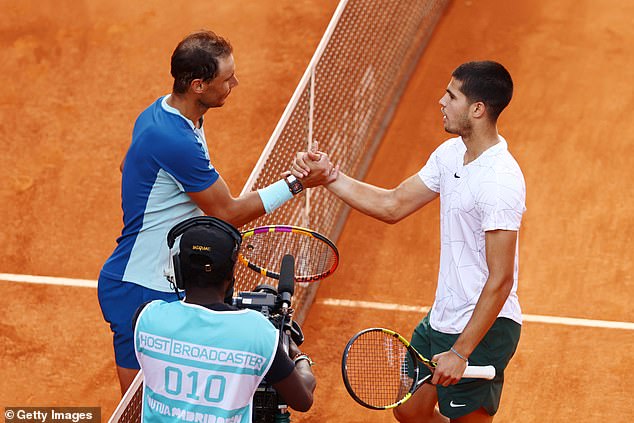 While Nadal is still not back at his best following a lay-off with a rib fracture – and unlike Paris, Madrid is at relative altitude – it is easy to see why Alcaraz is seen as the coming superstar in the men’s game.

He shrugged off sharply turning his ankle during the match and was nerveless when it came to serving it out. At 5-3 30-30 he produced a dropshot and then a forehand pass to see off his country’s greatest ever player with minimal fuss.

Already his dropshot is looking like one of the great strokes of the sport, and he is far more than just a clay court player. Djokovic came through earlier with a 6-3 6-4 win over Poland’s Hubert Hurkacz. 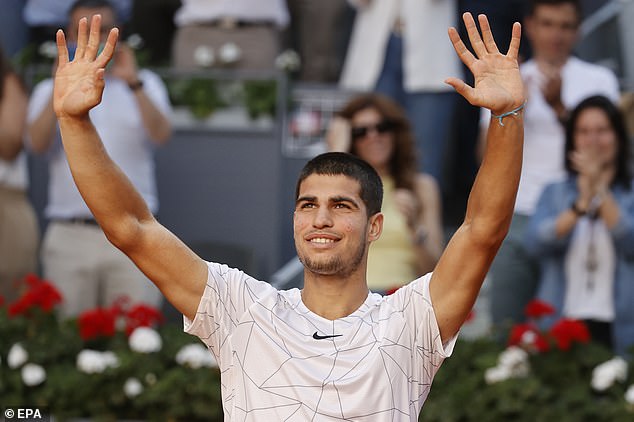 Andy Murray has abandoned plans to try and qualify for next week’s Italian Open, but has not entirely given up on his last-minute clay court campaign.

Murray did not travel to Rome after withdrawing from his Madrid Open third round against Novak Djokovic with gastric problems.

However, after his promising displays in the Spanish capital, he is contemplating trying to play at the ATP event in Geneva that comes between Rome and Roland Garros.

Murray is still entered in the French Open but his priority remains finding competitive opportunities and getting sharp in time for the grass court season. 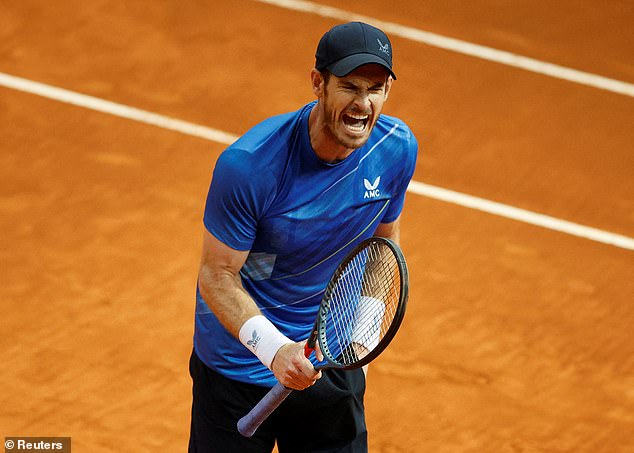 Andy Murray says he may need another hip operation