Daniil Medvedev overcame his coach walking out on him to seize a career-first five-set match victory over Filip Krajinovic.

Medvedev’s volatility is well known, with the Russian often directing his frustration towards Gilles Cervara in his box after losing a two-set lead against Krajinovic.

But the fourth seed, a real contender for this year’s Australian Open men’s trophy, cleared his head superbly to rattle off a dominant fifth said to emerge victorious (6-3 6-3 4-6 3-6 6-0) and advance to the fourth round.

Medvedev felt it was the right decision, saying: “I don’t know what was going through his head, but at least what he said is that he was sure I’m going to win, and he just wanted to leave me alone to be calm.

READ MORE: No crowds, but Australian Open will continue during lockdown

“Sometimes maybe I will disagree but this time for sure it was a good thing to do. It happens once per year, two times per year maximum, maybe once in two years, but today it helped, and definitely we’re going to talk about it a little bit, but there is not a big deal.”

Medvedev won the biggest title of his career at the ATP Finals in November and this victory extended his winning run to 17 matches.

The Russian will next face American Mackenzie McDonald, who is through to the last 16 at a slam for the first time.

Medvedev said of his temperament: “Even three, four years ago, I could go crazy any match.

“Now I think I have made big steps already working on my mental strengths. Sometimes I’m a very temperamental person on the court so sometimes it can still get out, and usually it doesn’t help me to play good.

“I think he felt also the momentum change, so he started playing better. I’m happy that I managed to keep my cool in the fifth set.” 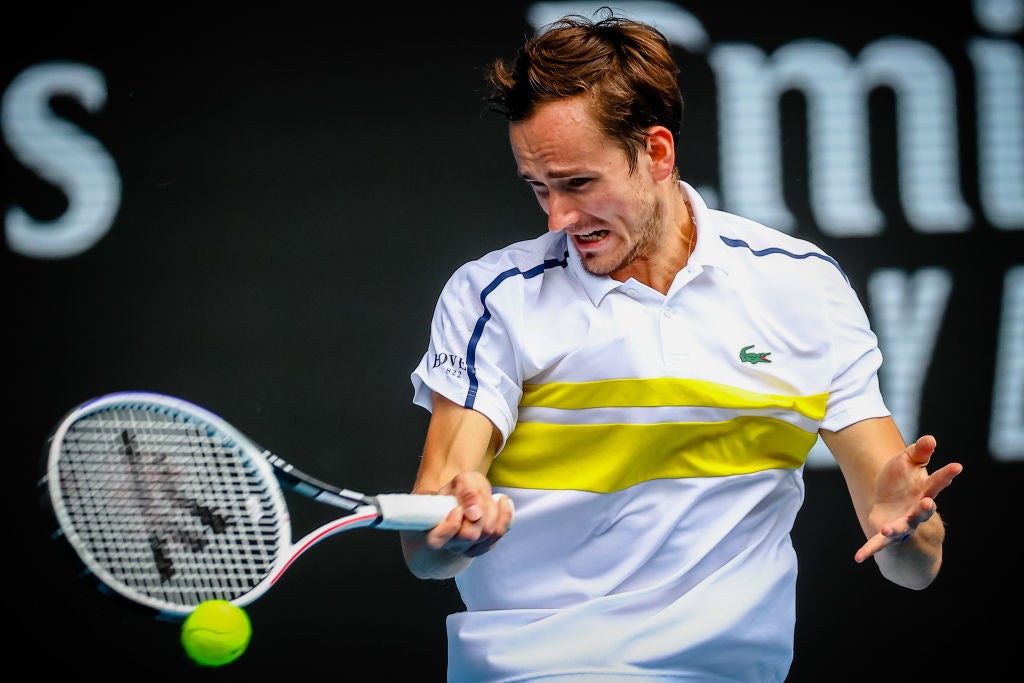 Medvedev hits a forehand in Melbourne during his third round match

Medvedev‘s compatriot, seventh seed Andrey Rublev, is another highly-fancied player and he continued his smooth progress through the draw with a 7-5 6-2 6-3 victory over veteran Feliciano Lopez.

After his five-set epic against Thanasi Kokkinakis in round two, fifth seed Stefanos Tsitsipas had a much easier time of it against Swede Mikael Ymer, winning 6-4 6-1 6-1.

Tsitsipas and Ymer were practice partners during the two-week quarantine period, and the Greek felt that helped him with fans absent from Melbourne Park.

Tsitsipas said: “I played a lot of practice sets with him, which obviously helped, and it was similar conditions for me today entering the court playing the third-round match as during quarantine.”

As expected, defending champion Novak Djokovic did not practise on Saturday after suffering what he believed to be a stomach muscle tear during his five-set win over Taylor Fritz.

The top seed is due to face Milos Raonic on Sunday evening but expressed doubts that he would be able to take to the court.

Andy Murray posts video of himself serving on Instagram