Dominic Thiem has been branded the “new Rafael Nadal” after his win over the Spaniard at the ATP Finals in London. Thiem beat Nadal 7-6, 7-6 in a stunning match in Group London 2020. The Austrian has now beaten Nadal in their last two meetings, following the Australian Open final win in January which landed him his first Grand Slam title.

Thiem has won his first two matches of the ATP Finals after overcoming Stefanos Tsitsipas on Sunday.

The 27-year-old is aiming to go one better than last year when he lost to Tsitsipas in the final at the O2 Arena.

Former British No 1 Greg Rusedski described the match with Nadal as the best two-set encounter he had seen at the tournament since it moved to London in 2009.

And Rusedski claimed Thiem is putting forward his case of being the new Nadal. 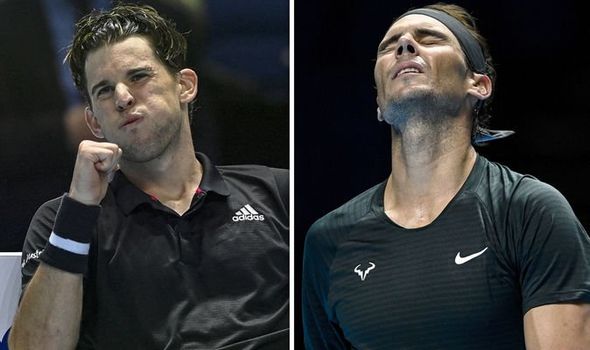 He told Amazon Prime Video: “For two sets, definitely, because Rafael Nadal played about as well as he could but Dominic Thiem said ‘I’m not losing to you, I’m the new Rafael Nadal’.

“So for a two-set match, yes, if you talk about three-set epics we had some brilliant ones last year.

“But boy, both players playing at the highest standard.

“Look what it means to him match point right here. Very rarely do you see Rafa make an error on that point because he felt he could not get through Dominic Thiem today. 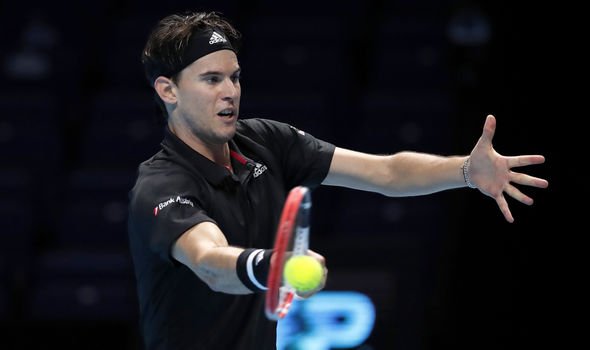 “So for me, this is another coming of age moment for Dominic Thiem and that performance, in my opinion, eclipsed Novak Djokovic in the first round. That’s how good it was.”

Thiem thought he was lucky to win the first set and expects close matches throughout this week.

Thiem said: “Yeah I agree I think it was a great match from the first to the last point.

“Actually I was pretty lucky to get that first set, I was 2-5 down in the tie break and against Rafa, it’s nice to win the first set but still he’s there, really 100 per cent from the first to the last point.

“I knew that maybe I had a slight advantage when I won the first set but still I had to stay super focused and it was like I said the other day, I think all eight players here are in great shape both physically and mentally.

“We’re going to see a lot of close matches, a lot of tiebreaks like today.

“There’s always the one who is a little bit luckier, who has a slightly better day, who is going to win. I’m happy that I got it today.”