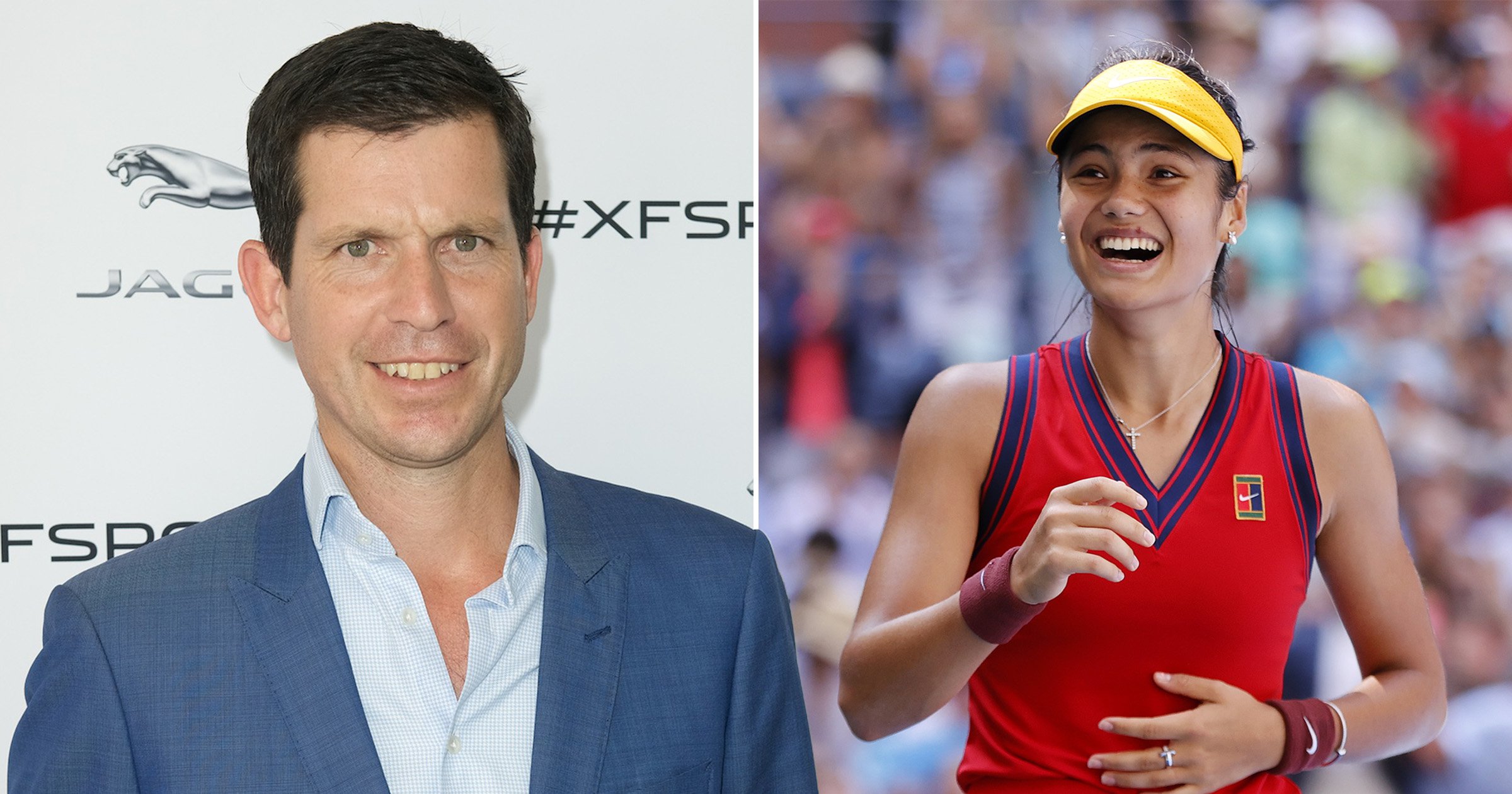 Tim Henman described Emma Raducanu as a ‘joke’ after overcoming Leylah Fernandez to win the US Open.

The 18-year-old became the first ever qualifier to win a US Open as she defeated the Canadian 6-4, 6-3.

Former British No.1 Henman was courtside once again for Raducanu’s stunning display on Arthur Ashe and praised her ‘mental toughness’ after the victory.

‘She has made it look ridiculous easy but it’s been a bit closer than the scoreline has suggested,’ he said.

‘It’s that mental toughness that she’s got in spades.

‘The quality of the tennis, how hard they were both fighting, hitting winners, such good quality, but she’s got belief, she’s never blinked, she’s kept going for her shots, she falls over, she’s got to have a medical timeout, serving for the match, serving for the championship, when she’s down a break point – It’s a joke.’

The US Open was only Raducanu’s second appearance at a Grand Slam having previously burst onto the scene earlier this year by reaching the last-16 of Wimbledon.

Raducanu has climbed from World No.150 to inside the top 30 in a couple of weeks and she is also now the new British No.1.

And Henman believes this victory at Flushing Meadows will be the first of many Grand Slams.

‘She’s gonna win more of these – she’s that good,’ she said.

‘This is not some flash in the pan fairytale. She’s playing top five tennis right now, the world is going to go absolutely crazy – it’s going to get turned upside down but she’s got good people around her.

‘She’s going to have to soak it up, make adjustments, but it’s gonna be one hell of a ride for a long time – as long as she can stay injury free.’

'Stars aligned' for Federer to add Slam No. 21