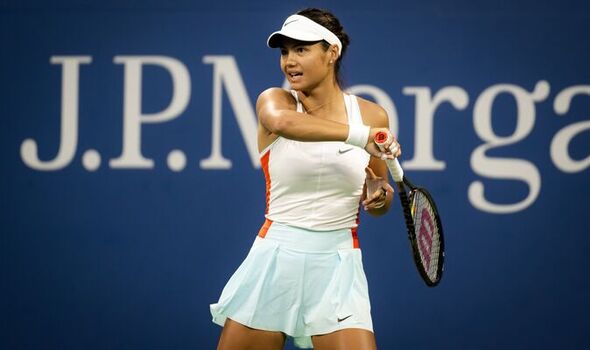 Emma Raducanu has learned her first opponent at the Slovenia Open after falling to world No 83 in the rankings following her early exit in New York. The 2021 US Open champion crashed out in the first round this year and is now attempting to climb back up to her career-high of No 10 in the world, starting with the WTA 250 event in Portoroz.

Raducanu took a wildcard into this week’s Slovenia Open following her 6-3 6-3 defeat to Alize Cornet in the first round of the US Open. The Brit had become the first qualifier in history to win a Grand Slam title in Flushing Meadows last year but was involved for just an hour and 41 minutes before crashing out in her opening match this time around.

Despite suffering a disappointing loss, the 19-year-old was ready to start from scratch as she said: “I’m happy because it’s a clean slate. I’m going to drop down the rankings, [and] climb my way back up.” Raducanu also set her sights on playing “some 250s” for the rest of the year, and has already entered her first 250-point event – the lowest level on the official WTA Tour – in Portoroz.

Raducanu is the top seed with the draw being made based on last week’s rankings, when she was No 11 in the world. And she has learned that she will be taking on Ukraine’s Dayana Yastremska in her first match on Monday.

JUST IN: Kerber gives comeback verdict after missing US Open for pregnancy 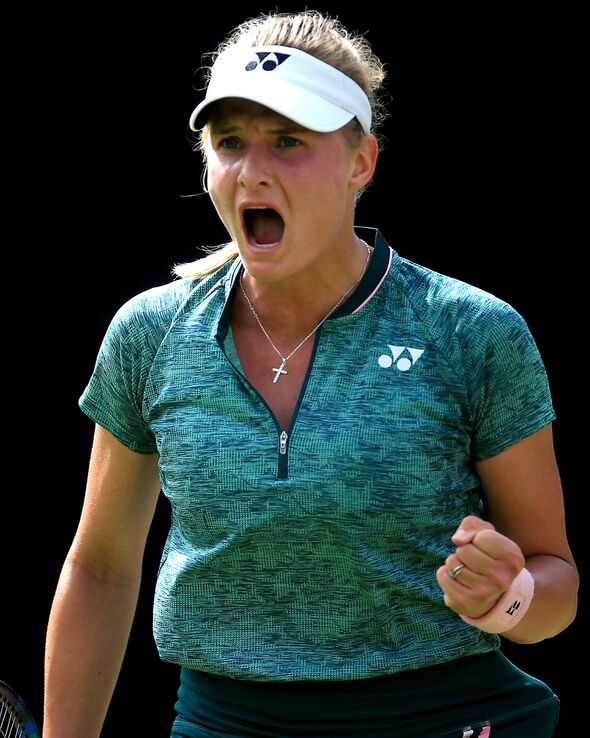 The Bromley teenager will still be the favourite going into the match despite her drop in the rankings, with the 22-year-old sitting a few spots below at world No 89. Yastremska also lost in the first round of the US Open as she came up against Madison Keys, and her previous match at the ‘Tennis in the Land’ tournament ended with a defeat to Raducanu’s US Open conqueror, Cornet.

If Raducanu can win her first meeting with Yastremska, she will face either wildcard Elizabeth Mandlik or a qualifier. Mandlik only just earned her first tour-level victory at last month’s Silicon Valley Classic, and is the daughter of four-time Grand Slam champion Hana Mandlikova. 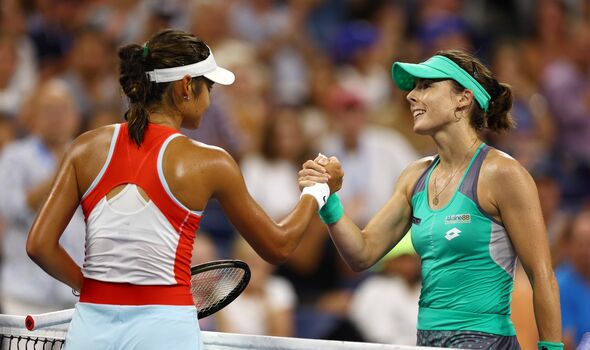 The Brit’s US Open conqueror is the sixth seed in Potoroz and has been drawn in Raducanu’s half, so it could be a rematch with Cornet in the semi-finals if both players make it that far. Recent Wimbledon champion Elena Rybakina is the tournament’s third seed but has been drawn in the other half, meaning they could only meet in the final.

Ajla Tomljanovic – who ended Serena Williams’ career with a three-set victory in the third round of the US Open – is also competing in the Slovenia Open. The eighth seed has also been drawn in Rybakina’s half, headed by second seed Beatriz Haddad Maia.

Emma Raducanu returns to the practice courts ahead of Wimbledon