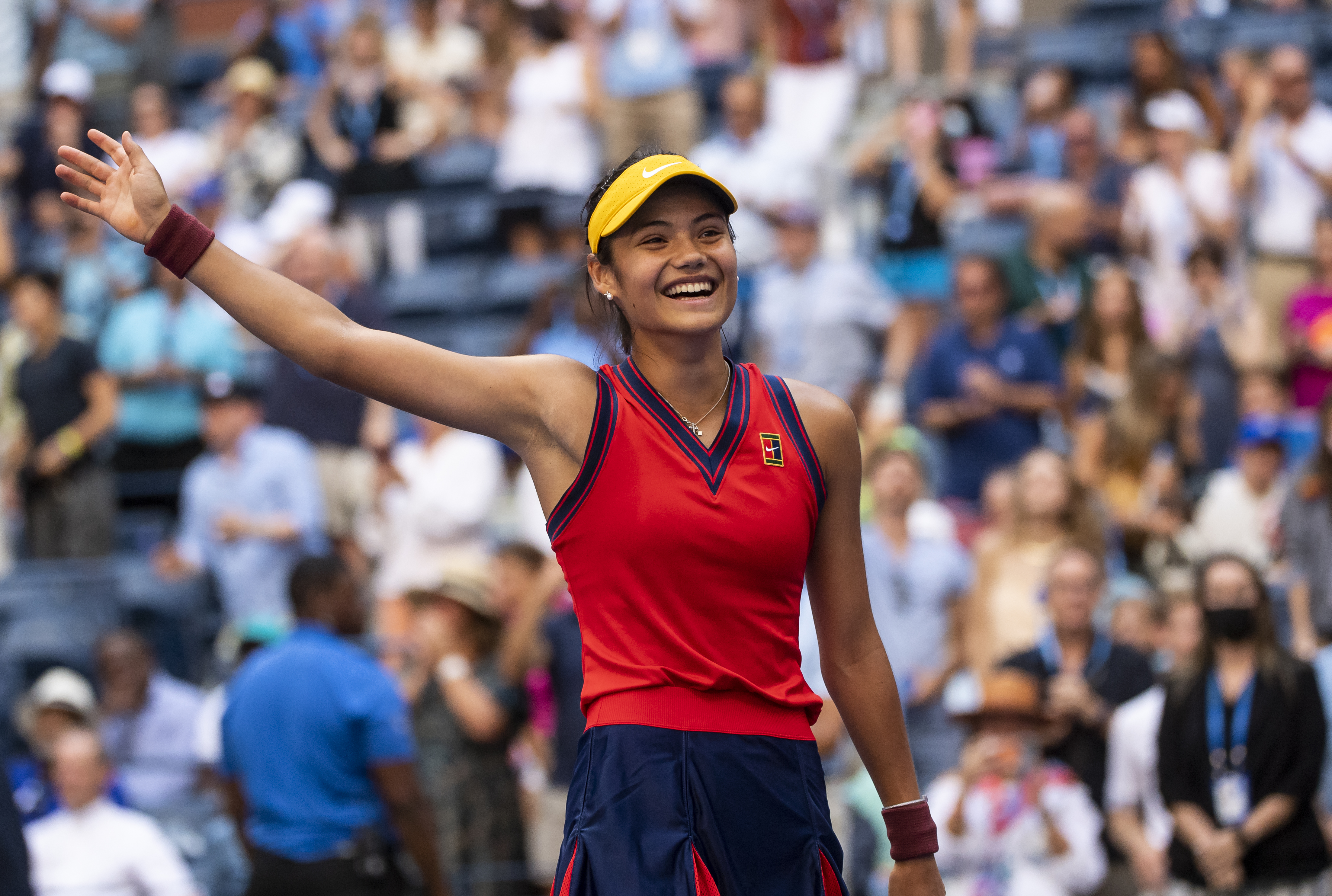 Emma Raducanu may well be the centre of attention right now for British tennis fans at the US Open but it seems her parents weren’t the quickest to congratulate her on her latest win.

The British sensation stormed to a 6-2, 6-1 win over Shelby Rogers in New York to book her spot in the quarter-finals – the first time she’s reached that stage at a Grand Slam.

Raducanu is quickly gaining popularity in the States, despite dumping out an American on home soil, and she’s also receiving plenty of support from her family and friends back home.

With the 18-year-old’s phone constantly buzzing right now, Raducanu joked the two people she didn’t actually get an instant reply from were her parents.

‘Yeah, I’ve got quite a lot of messages from my school friends,’ she said.

‘It’s really nice that we’re still in contact even though we’ve left. I mean, it was quite a short time ago.

‘My parents actually like ghosted me after the match. I texted them, but they didn’t reply even though they were online (laughter). Yeah, that meant something.

‘But yeah, it’s just been such a supportive reaction and atmosphere after Wimbledon and here.

‘I mean, I’m just feeling like really, really happy. I think that’s really showing in my game on court.’

Having overcome world No.1 Ashleigh Barty in the previous round, the Arthur Ashe were fully backing Rogers as their best hope of winning the tournament on home soil.

Yet Raducanu’s dominant display over Rogers saw her opponent’s home support advantage with supporters showing their appreciation for her efforts come the end of the match.

‘Yeah, I mean, I was really grateful to have actually received quite a lot of support out there on Ashe, playing an American,’ said Raducanu.

‘I could hear a lot of chants, like people saying, “C’mon, Emma,” and my name. That meant a lot to me to have received that amount of support out on Ashe playing someone who is the home, like, player.

‘I know being the home player brings a lot of motivation. Shelby has definitely had a great tournament. She played extremely well here last year.

‘I’m super grateful for all the support that I received in my whole time in New York.

‘Even from my first-round qualifying match when there weren’t any spectators, I still had a couple of people supporting. It’s kind of built, so I’m really, really appreciative.’

Raducanu will be hoping for similar levels of support when she takes on 11th seed Belinda Bencic in the quarter-finals.