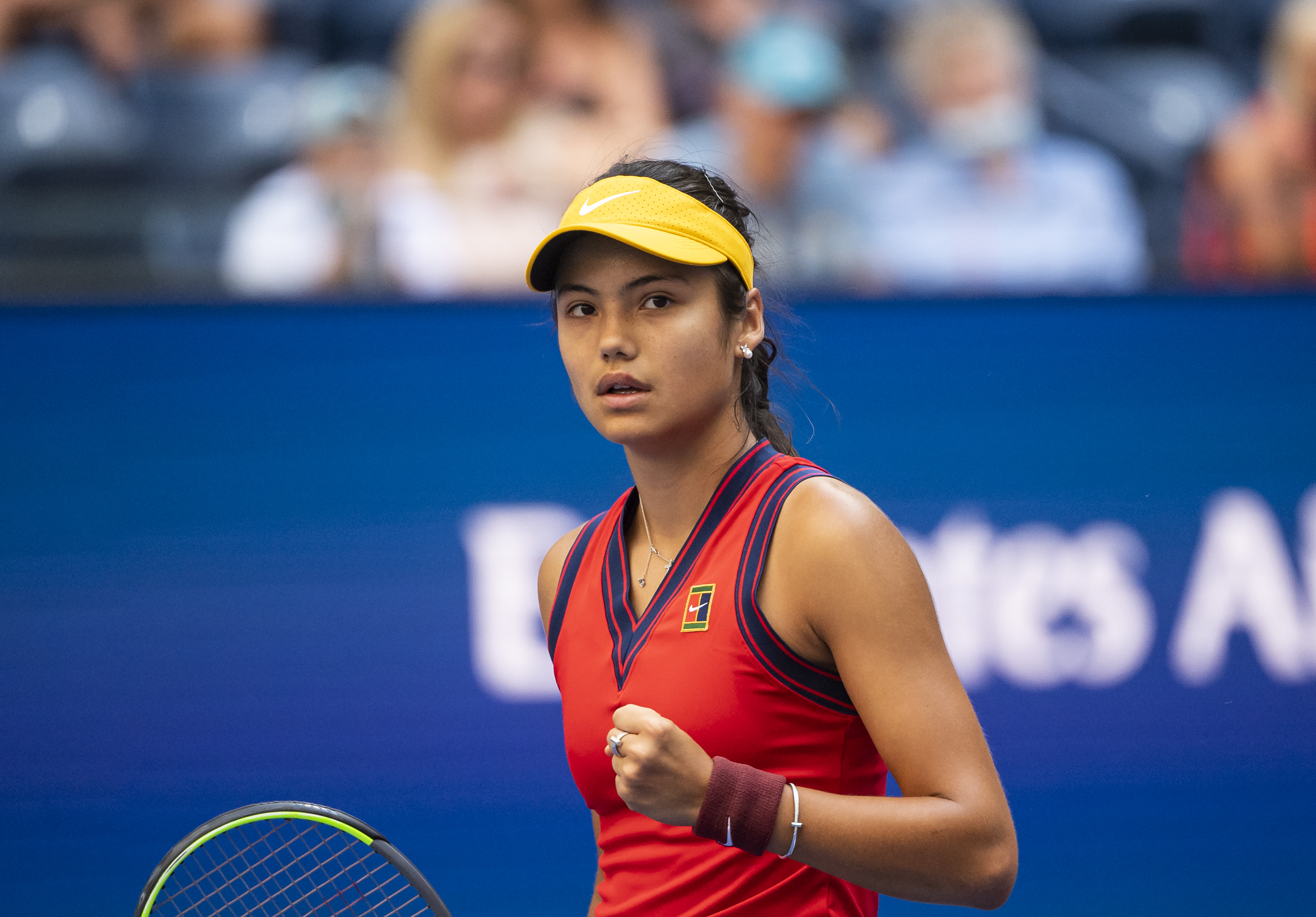 Emma Raducanu has been told to ignore social media and not become big-headed by Billie Jean King amid her rise to stardom.

The British teenager is preparing for her first ever appearance in a Grand Slam quarter-final as she takes on Belinda Bencic at the US Open.

Raducanu is yet to drop a set in her run to the quarter-finals and her popularity is continuing to grow, both on home soil and at Flushing Meadows.

This is just her second taste of a Grand Slam having previously burst onto the scene at Wimbledon this year by reaching the fourth round.

And ahead of the biggest match of her short career so far, 12-time singles Grand Slam champion King had some words of advice on what not to do in the early stages of her career.

‘The most important thing they can do is not look at social media, not look at anything about them from the media,’ she told Amazon Prime.

‘Do not look at anything. My Dad, at 15 years old, wouldn’t let me read my press clippings in those days, traditional media.

‘We didn’t see videos of our self. But the important thing is don’t get a big head. Just stay centered. Know how blessed we are.

‘With so much social media, don’t listen to anything. Just put your phone down as much as you can, let somebody else tell you.

‘If something’s good you can look at it but don’t read about yourself because that’s really about history.’

Raducanu isn’t the only 18-year-old still in the tournament after Leylah Fernandez beat Elina Svitolina to book her spot in the semi-finals.

But for the Brit, she’s just grateful to be playing tennis after a difficult 18 months.

‘I think everyone is on their own trajectory,’ said Raducanu when asked about Fernandez.

‘Personally I am surprised that I’m here. I knew I was doing a lot of great work that would pay off someday, but you never know when.

‘I’m super-appreciative of the moment. [Being] here in the US Open, quarter-finals, after not playing for 18 months, is absolutely just incredible.’

Kyrgios earned respect of everyone during Australian Open