Emma Raducanu has criticised the indoor courts at the ASB Classic in New Zealand after suffering a potentially costly ankle injury 11 days before the start of the Australian Open.

The British number one, 20, was in tears as she was forced to withdraw from her second-round match against Viktoria Kuzmova at the start of the third set having rolled her ankle.

The contest had been moved indoors due to rain in Auckland, but Raducanu was not happy with the standard of the playing surface.

“It’s difficult to take,” Raducanu said. “I’ve put a lot of physical work in the last few months and I’ve been feeling good and optimistic.

“So to be stopped by a freak injury, rolling an ankle is pretty disappointing, in the first week as well. I thought I was playing some pretty decent tennis. 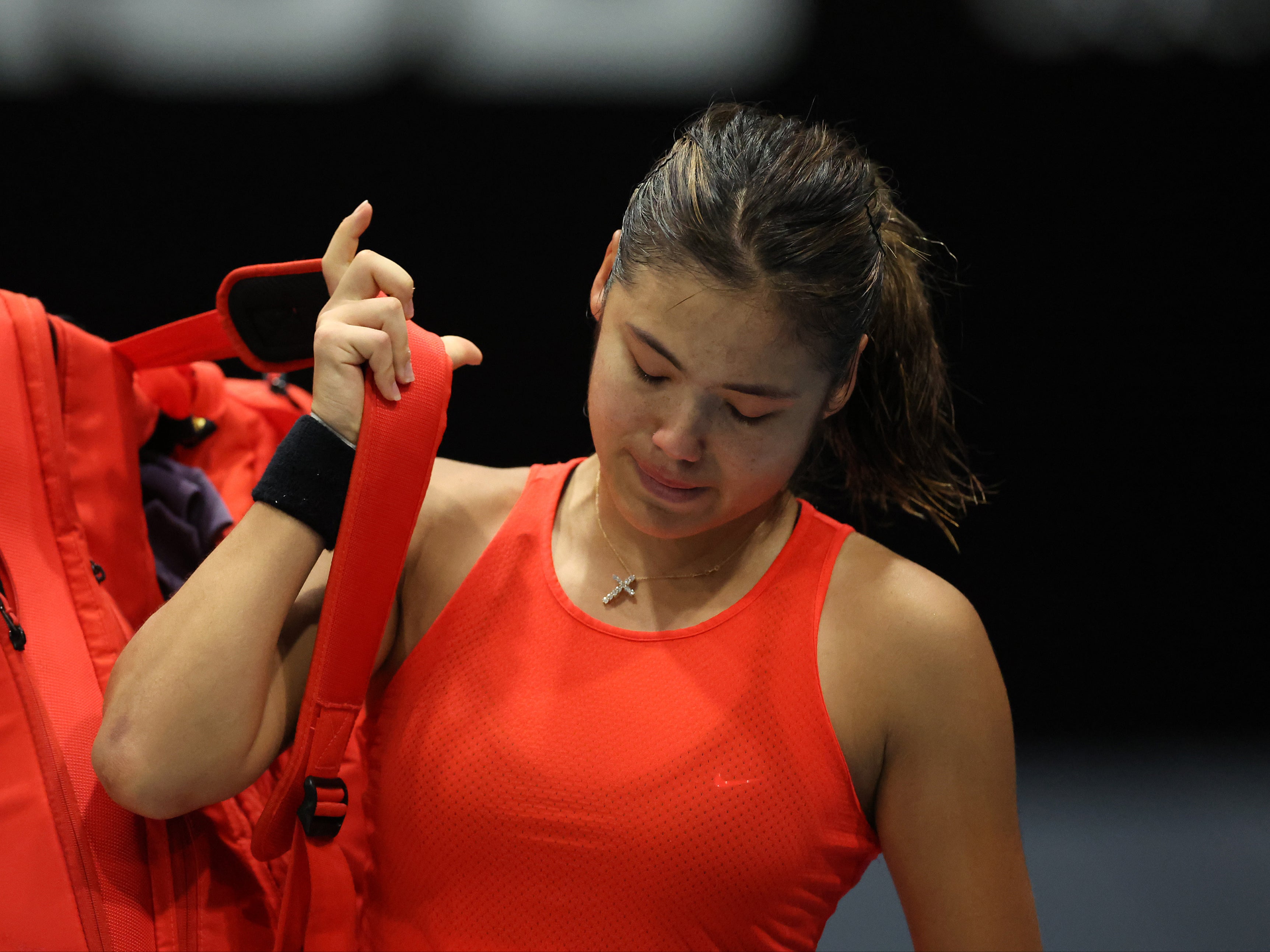 “The courts are incredibly slick, like very slippery, so to be honest it’s not a surprise that this happened to someone.

“It’s out of my control and after a very long day of waiting around. But we’ll assess over the next few days and see what the next steps are.”

Raducanu had breezed through the opening set 6-0, but Kuzmova hit back to take the second 7-5.

Raducanu called for medical treatment before the start of the third set, and it quickly became apparent she could not continue.

Raducanu ended her 2022 season early after suffering a wrist injury in October, but had started 2023 by rallying for a 4-6 6-4 6-2 victory over emerging Czech talent Linda Fruhvirtova, 17, on Tuesday.

Millman loses opener to Canada as Kyrgios is rested