Emma Raducanu is heading to Melbourne in the hope that the ankle injury she sustained on Thursday may not stop her from participating in the Australian Open.

The British number one limped off court in tears after exiting the ASB Classic in Auckland when she slipped after making a sharp turn behind the baseline.

Afterwards she criticised what she saw as a slippery indoor court surface – being used because of heavy rain outside – suggesting that such a mishap was likely to happen in those conditions. 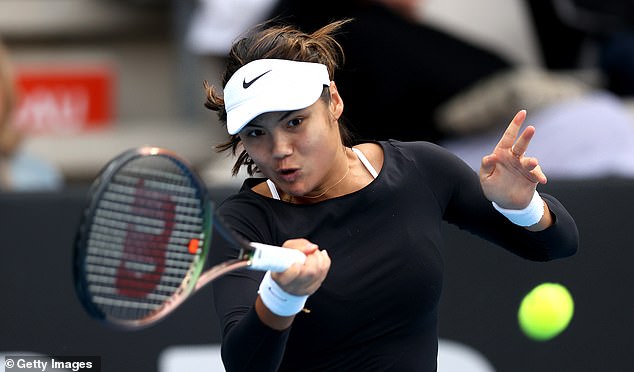 While there was no official update, the word this morning from her representatives was that a best case scenario would mean it only being a grade one sprain.

Should that be the case, there would still be a fair chance that she could make the starting line for the season’s first Grand Slam which begins a week on Monday.

She has definitely not decided to head back to the UK, but initial thoughts that she might make a late entry into the coming week’s WTA event in Adelaide are completely out of the question. 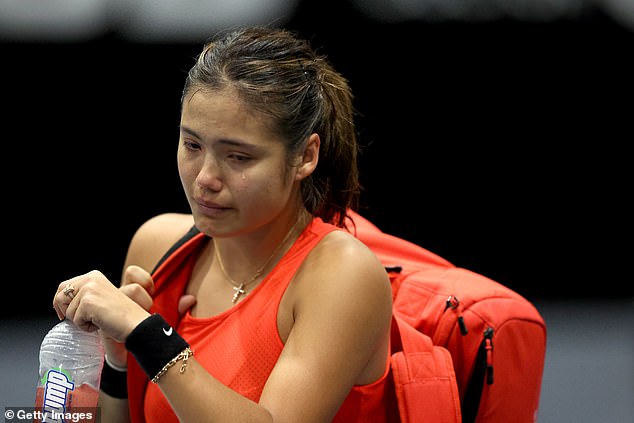 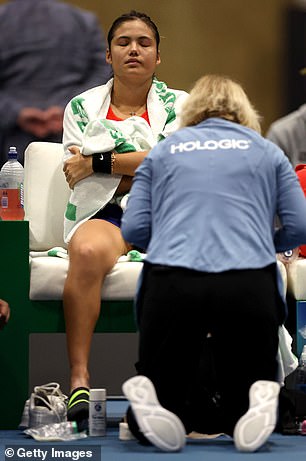 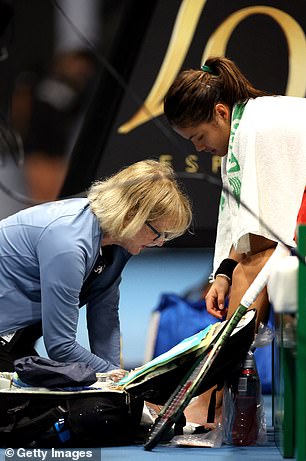 Raducanu received attention from the trainer, but retired at the start of the third set at the ASB Classic

Meanwhile the Auckland tournament director, Nicolas Lamperin, responded to her complaints by pointing out that the duty WTA Supervisor had deemed that the courts were fit for play.

‘We are obviously very sorry about Emma’s injury,” Lamperin told New Zealand media. “As every player they work really hard in the off season, that’s not what you expect when you play a tournament in week one.

‘However, injuries happen all the time and it could have happened on outdoor courts as well. We feel sorry about the situation but we also say these courts are fit to play.

‘First of all, I want to make sure she’s OK. I understand the frustration. It’s ten days ahead of the Australian Open. She’s coming from a season with a lot of injuries, so of course this is something which creates frustration.’