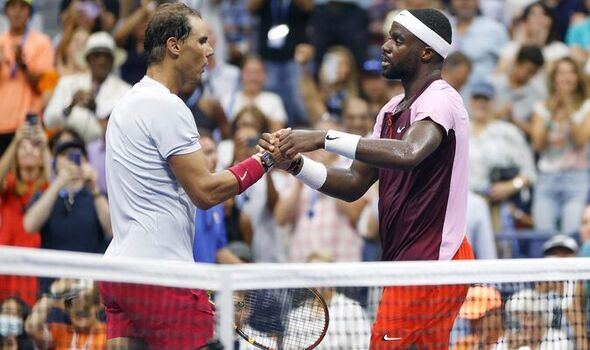 Frances Tiafoe has fired a warning to the rest of the ATP Tour following his career-best tournament at the US Open. The home hero crashed out in a five-set battle with Carlos Alcaraz in the semi-final but it’s his fourth-round victory over Rafael Nadal that has given the 24-year-old the biggest boost as he became the only player to beat the world No 3 at a Major this year.

Tiafoe’s impressive US Open run came to an end on Friday night as he narrowly missed out on a spot in his maiden Grand Slam final, losing his semi-final match to Alcaraz 6-7(6) 6-3 6-1 6-7(5) 6-3. The American broke new ground in Flushing Meadows by reaching the last four of a Major for the first time and he will now make his top 20 debut.

The 24-year-old is now more motivated than ever as he warned the rest of the men’s tour he was ready to put in the work to keep improving after becoming the first and only player to get a win over Nadal at a Grand Slam this season, upsetting the second seed 6-4 4-6 6-4 6-3 in the round-of-16. Speaking after his semi-final defeat, Tiafoe claimed that he had the ability to win Grand Slams and come close to the top players in the sport.

“I just proved that, honestly, I can play with the best obviously, and I’m capable of winning Grand Slams,” the 22nd seed in New York said after losing to Alcaraz. “I think everyone knew when I play my best what I could do. But you know how close I can actually be to be one of those guys and to do this consistently.

JUST IN: John McEnroe admits Casper Ruud surprise ahead of US Open final 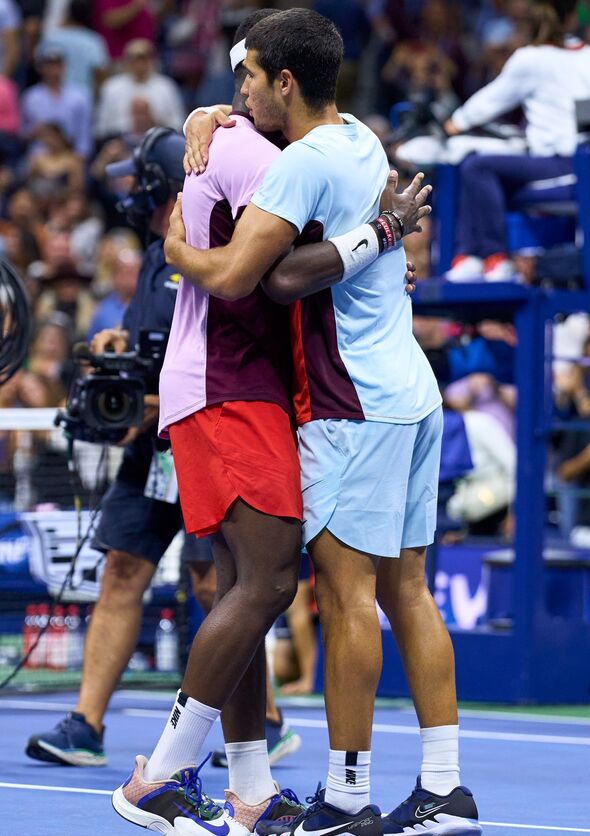 “Obviously through my career I’ve been pretty sporadic of playing well, veering off for a while. I’ve always backed myself against the best players in the world. I’m doing it on a consistent basis, starting to beat guys more readily. [I’m] ready to take the next step.”

The 2018 Delray Beach champion then looked back on his fortnight at the US Open, explaining what it meant to beat Nadal after the Spaniard’s unbeaten run at the Grand Slams, with the 36-year-old winning the Australian Open and French Open before pulling out injured ahead of his Wimbledon semi-final. He had a chance of returning to world No 1 in New York but will now remain in third place following his loss to Tiafoe as well as Alcaraz and Casper Ruud’s success.

“I haven’t even let it soak in yet, honestly. But craziest two weeks of my life. Craziest two weeks of my life. Stuff you dream about doing,” Tiafoe admitted. “[I] fell a little short. But, I mean, getting to the fourth round three years in a row, that’s already a good accomplishment. Beating Rafa, being the only player to beat Rafa in a Slam this year, the year he’s had. Him being in the race to be No. 1 in the world, shut that down. 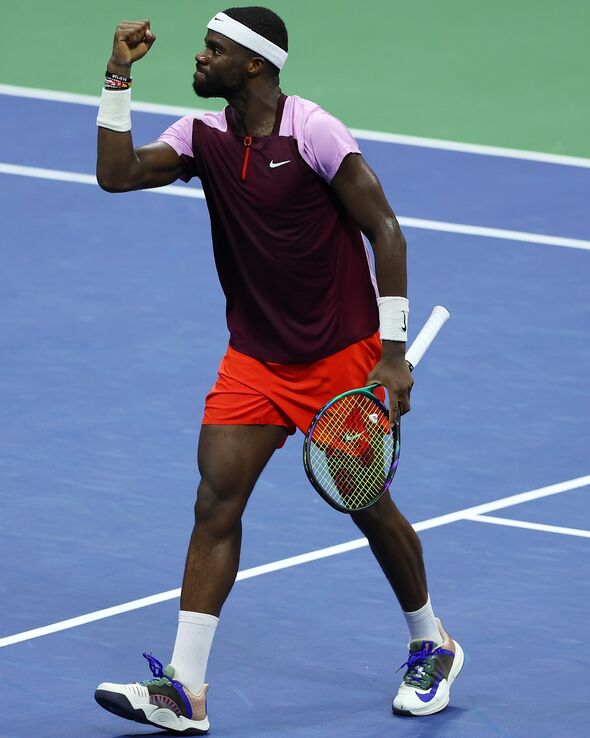 “Just saying you beat him in a Grand Slam… It’s not an easy task. To have my first time beating him here in New York in front of everybody and seeing what that meant, that was crazy.” If Tiafoe was tough to stop in Flushing Meadows, he looks set to become an even more difficult opponent as he aims to build on his progress at the US Open.

Ahead of his top 20 debut on Monday, Tiafoe added: “I’m definitely falling in love with the process and doing the work much more. I’m working smarter, I’m understanding. I’ve always tried hard, but [I’m making] my weaknesses stronger, breaking down my game a lot more, and I am a student of the game again.”