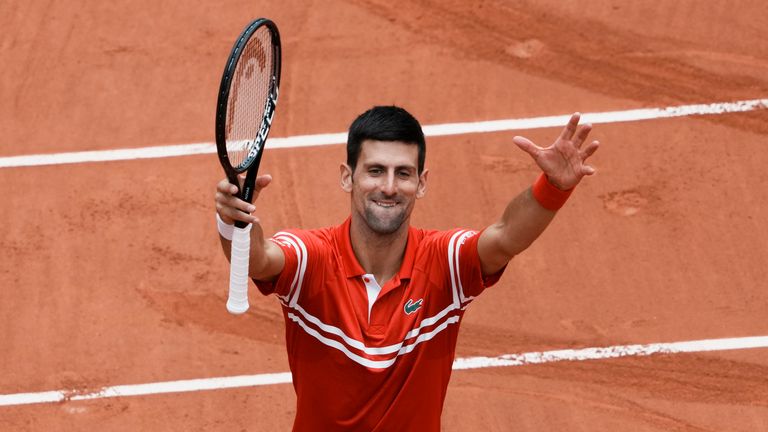 Top seed Novak Djokovic created another slice of history by reaching the last 16 at the French Open for a 12th consecutive year – a record in the open era.

The world No 1 maintained his bid for a second Roland Garros title with a dominant straight-sets victory over Lithuania’s Ricardas Berankis on Saturday afternoon in Paris.

The Serbian was in merciless mood on Court Philippe Chatrier, cruising to a comprehensive 6-1 6-4 6-1 victory in one hour and 32 minutes, to record a fourth successive career victory over Berankis.

The 34-year-old relinquished just five games against the Lithuanian in the second-round of last year’s tournament, and he enjoyed similar superiority to remain on course for a blockbuster last-eight showdown against Roger Federer.

The pair’s last two meetings had seen Djokovic romp to the opening set by a 6-1 scoreline and that pattern continued, as the 2016 champion struck 12 winners to draw first blood in just 26 minutes.

The second set was a far more competitive affair, although from 5-4 up in the second, Djokovic extinguished any slender hopes of a comeback by rattling off five consecutive games to move to the cusp of victory.

Despite the gulf in the scoreline, Berankis continued to battle valiantly and avoided a third set bagel, although it only delayed the inevitable. Djokovic was in control from the outset, conceding just five points on his first serve throughout the entire contest, and he capped off an irrepressible display to seal his spot in the fourth-round on Monday.

“I’m always my biggest critic and you can always do certain things better, but it couldn’t be much better than this, especially the first and third sets. I served well, moved well and made him play,” Djokovic told Eurosport post-match.

The 18-time Grand Slam champion opted to compete on home soil in Belgrade last week and it proved to be the perfect preparation for his latest Roland Garros campaign, as he picked up his 83rd career title.

“I had a fantastic tournament in Belgrade and played at the level I desired in Rome. Coming into Paris I felt I didn’t spend too much energy, I actually felt I gained a lot of energy from Belgrade. So far it has proved to be a good call.” 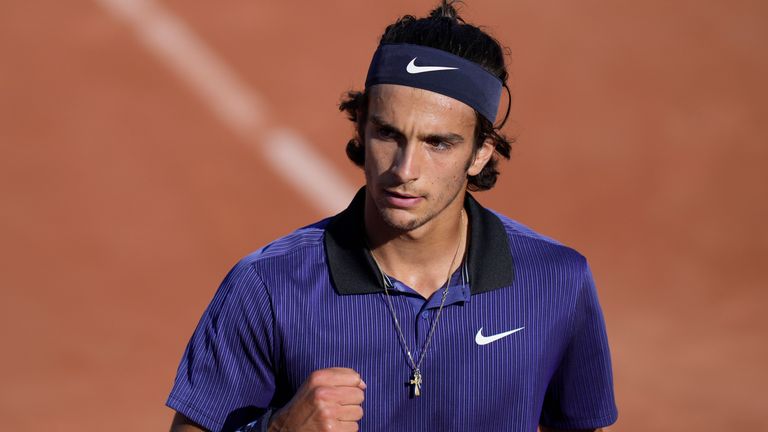 The world No 1 will face debutant Lorenzo Musetti for a place in the quarter-finals, after the 19-year-old produced a dazzling display to defeat his fellow countryman Marco Cecchinato 3-6 6-4 6-3 3-6 6-3.

The young Italian becomes the sixth player this century to reach the fourth-round on their Grand Slam debut, and he showcased his prodigious talent with an array of outrageous winners to prevail in a compelling all-Italian battle.

The highlights included a behind-the-back volley and a flicked lob after he had scampered back to the baseline, and while Cecchinato rallied to force a decider, Musetti kept his cool to continue his fairy-tale run.

Another one to watch 👀

Last year’s semi-finalist Diego Schwartzman is yet to drop a set in this year’s tournament, and the tenth seed breezed into the second week with a comprehensive straight-sets win over Germany’s Philipp Kohlschreiber.

The Argentine struck 24 winners to record a 6-4 6-2 6-1 success against his 37-year-old opponent, to set up a clash against Jan-Lennard Struff, who dispatched Carlos Alcaraz in three straight sets.