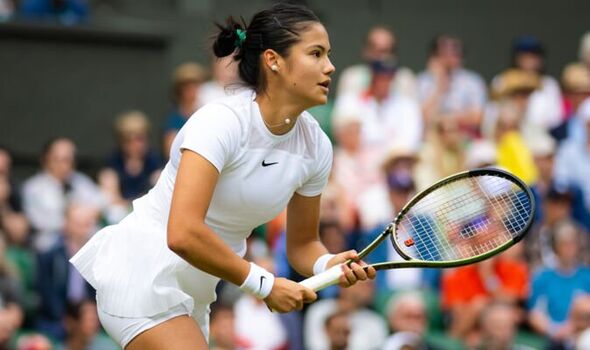 Emma Raducanu has snapped back at any suggestion she feels pressure at Wimbledon following her US Open triumph last year, branding it a “joke”. Raducanu was making her return to SW19 one year after bursting onto the scene and reaching the fourth round.

One year one and Raducanu came in as a Grand Slam champion after her whirlwind success at the US Open. But her 2022 campaign has been plagued with injuries and halted her preparations for Wimbledon.

She was forced to withdraw from the Nottingham Open with a side strain, but progressed to the second round with a strong win over Belgian Alison Van Uytvanck. Caroline Garcia proved one step too far for the teenager though with Raducanu’s run at Wimbledon coming to an abrupt end on Centre Court.

Last year saw Raducanu become an overnight sensation and a British icon with her run at Wimbledon and victory at Flushing Meadows. And she came into this year’s tournaments as one of the biggest stars with plenty of support from the thousands watching inside Centre Court. 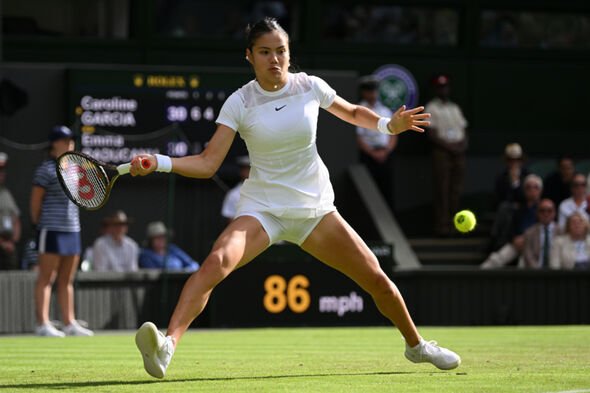 The next time Raducanu goes into a major, she will be the defending champion and all eyes will be on her to perform. But Raducanu appears happy to cope with the spotlight and is looking forward to going back to the scene of her historic achievement.

She added: “Going back to New York, it’s going to be cool because I have got a lot of experiences playing on big courts, playing with people in the stadium, playing with the spotlight on you. I don’t mind that. I mean, for me, everything is learning. I’m embracing every single moment that is thrown at me.”

Raducanu threw herself into the North American swing last year in preparation for the US Open. And she’s already been confirmed to play at the Washington Open at the start of August. 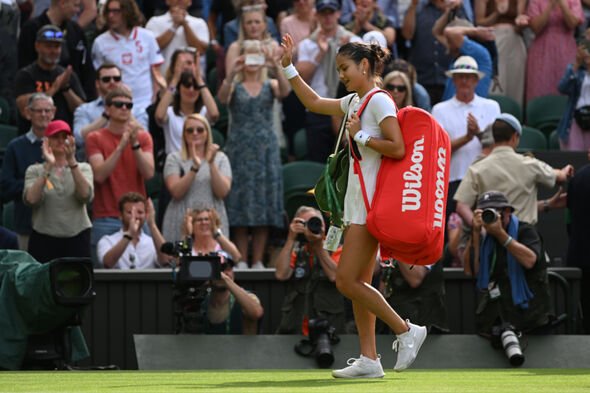 That still leaves several weeks before the tour moves to America with hardcourt events all over Europe. But Raducanu admits she hasn’t made any definite plans on what her immediate next move will be.

“I haven’t thought about my schedule, to be honest. I just came off. But that’s something I’ll talk to my team about,” she said. “I want to start my preparations on the hard courts. I think that Washington would be a great place to do that.

“Last year I played a lot of matches leading up. Yeah, I just wanted to give myself a chance really.”