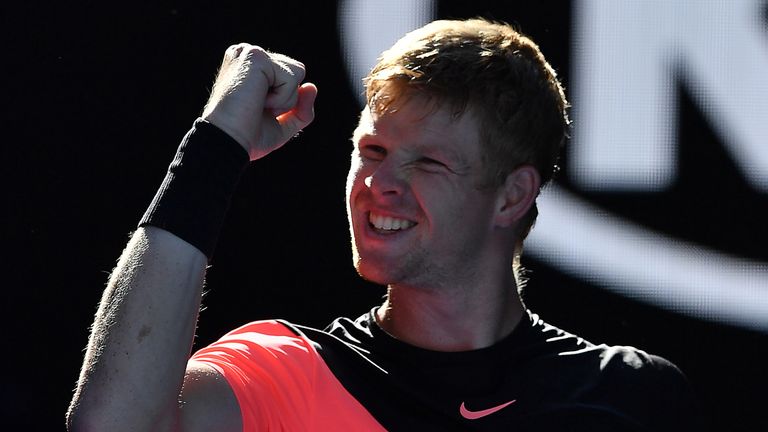 Kyle Edmund’s 2018 season is over after a knee injury saw him pull out of the Paris Masters. It’s been a breakthrough year for the young Briton.

In a year of firsts for the 23-year-old Yorkshireman, he became British No 1, won his first ATP Tour title and also reaching the semi-finals of the Australian Open in January.

Edmund, whose record is 36-21 for the year, had still been in the race for a place at the ATP Tour Finals in London next month, but needed a good run in the French capital.

The Edmund education in 2018

However, scans showed fluid behind the knee and he will now rest in order to be fully fit for the 2019 season.

Here, we take a look at the main reasons why he has had such an impressive year… 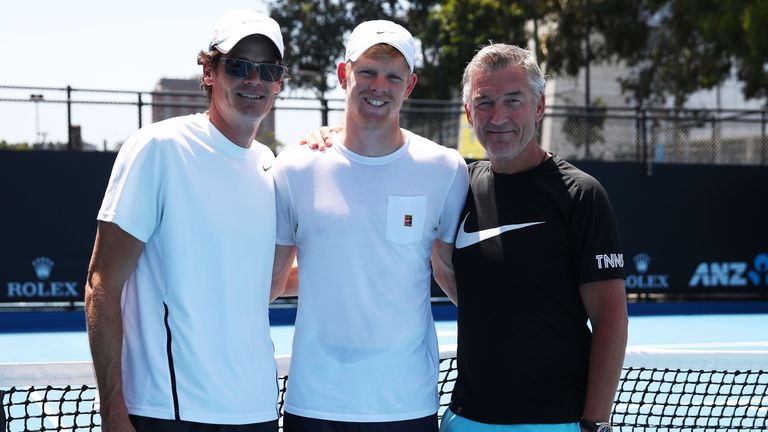 When your coach is a Swede and you tell him it's coming home… let’s go @England! ??? #ThreeLions pic.twitter.com/b319rJqSM7

That tightly-knit team has enabled the Briton to flourish and consistency has been key to his remarkable rise from 50 up to 15 in the space of 12 months. Who knows what 2019 will bring?

Me: Make sure you get all of me in this one ?? Coach: No problem!! ? pic.twitter.com/w0LnNgM9DX

Any bigger forehand in the game? 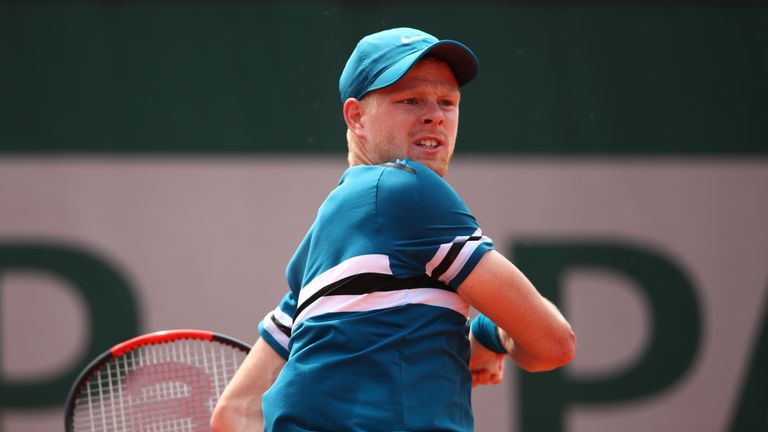 Aside from Juan Martin del Potro, there are fewer destructive forehands on the circuit than Edmund’s and when it is firing, he can hit even the best players off the court.

In addition to that, he has also worked hard to improve his backhand – especially down the line – and he can now hit winners off both wings.

His serve has also become more of a weapon, which has all added to a self-belief that might previously have been missing. One thing is for sure, Edmund is no one-trick pony.

‘Title success will drive Edmund on’ 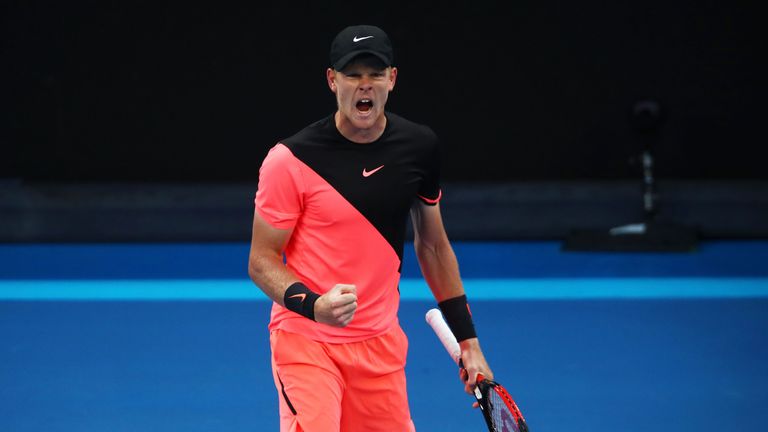 Edmund announced himself to the tennis world with a brilliant run to the semi-finals of the Australian Open in January, by far his best performance at a major tournament.

He shocked big Kevin Anderson in the first round with an epic five-set win before showing great endurance by recording victories over Dennis Istomin, Nikoloz Basilashvili and Andreas Seppi to set up a quarter-final clash with ATP Finals champion Grigor Dimitrov.

It was that amazing four-set win over the Bulgarian which has pulses racing and despite a straight-sets semi-final defeat to Marin Cilic, Edmund was now a player to be reckoned with.

At Wimbledon, the Yorkshireman had only previously won one main draw game at his home Grand Slam prior to this year, but he made better progress in 2018, reaching the third round where he lost to eventual champion Novak Djokovic, despite winning the first set.

Proud to be British and represent my country at the Australian Open. So ready for my match! Hope all the Brits come out to cheer me on. Thanks so much for all the support so far. #ausopen

Proud to be British and represent my country at the Australian Open. So ready for my match! Hope all the Brits come out to cheer me on. Thanks so much for all the support so far. #ausopen 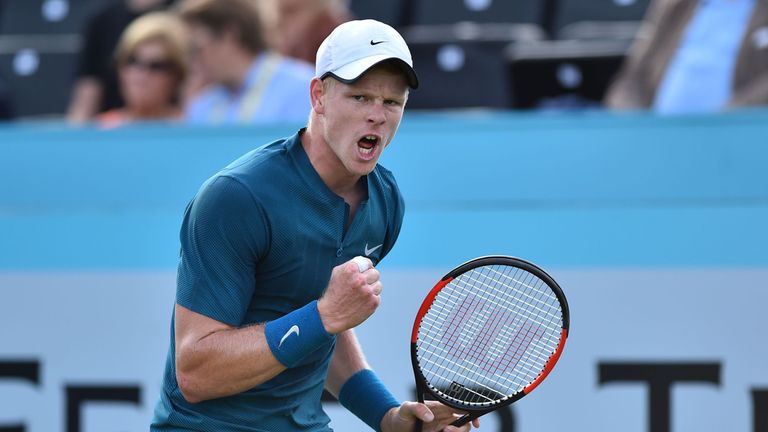 Andy Murray had ruled British tennis for the best part of 15 years, but the Scot’s injury absence has allowed Edmund to take over.

Always a pleasure! Great to have you back Muzza. Practice smiles before I put my game face on next week ??

Always a pleasure! Great to have you back Muzza. Practice smiles before I put my game face on next week ??

Edmund ended Murray’s 13-year run as British No 1 in March and he has stayed there since.

There was also the small matter of a first and emotional victory over Murray in Eastbourne this summer.

It was an honour as always to share the court with you today, you’ve been a great mentor over the years and to see you back is truly inspirational. See you at @Wimbledon ? pic.twitter.com/QBIRm0NJXK 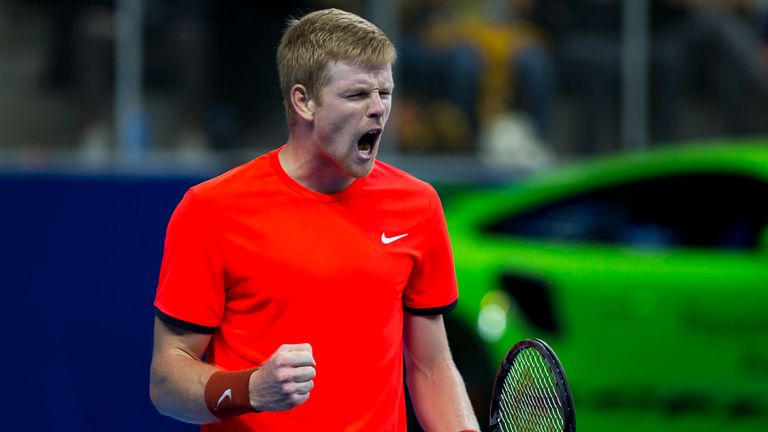 Edmund became the first male Briton not named Andy Murray to win an ATP Tour level title in 13 years since Greg Rusedski in 2005 (Newport) when he won the European Open in Antwerp.

The 23-year-old beat Gael Monfils to get his first hands on some silverware, having lost in the final of the Marrakech Open to Spain’s Pablo Andujar earlier this season.

Improvements to be made 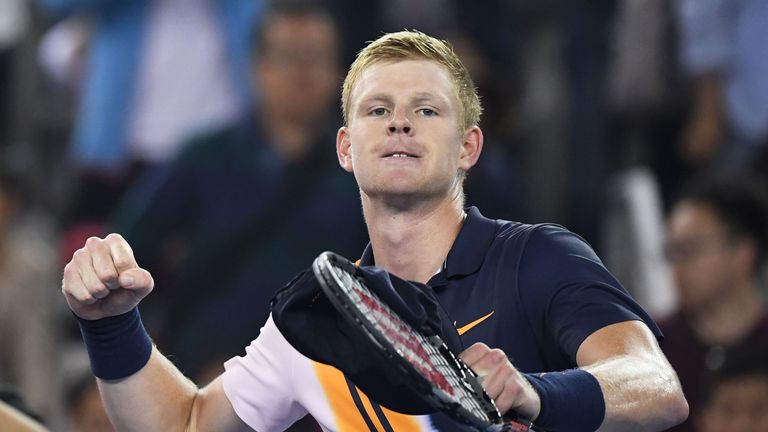 There are still areas that Edmund needs to improve if he is to get to the very top of the game.

He still loses to players well below his ranking and unlike Murray, he does not yet seem to be able to grind out the wins if he is not playing well.

Edmund also perhaps lacks the defensive skills and movement of the elite players while his touch around the net is also a weak point.