Joe Salisbury is unlikely to start blowing his own trumpet, even if he becomes a second-time Grand Slam doubles champion this weekend.

A late developer in the second half of his twenties, the understated Londoner is into the Australian Open final with American partner Rajeev Ram, defending their title from last year.

Having beaten Jamie Murray and Bruno Soares 6-4 7-6, they will be favourites to beat the number nine seeds, the Slovakian-Croatian duo of Filip Polasek and Ivan Dodig. 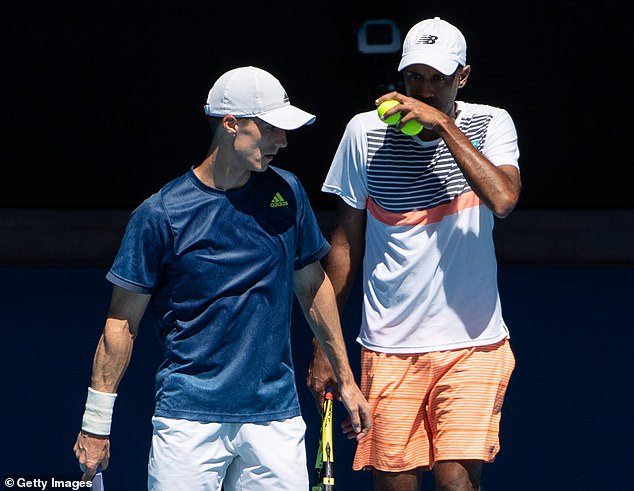 Not that Salisbury will be giving an in-depth running commentary about his prospects, having joined the ranks of athletes strictly limiting their use of social media due to its constant negativity.

‘I don’t really like kind of posting things about myself,’ said Salisbury, after he and Ram had recovered from a slow start to defeat the freshly-reunited Murray and Soares.

‘Obviously in some ways it is good to kind of build your brand, but it’s just not really something that I enjoy doing. I don’t think it’s healthy to be using it a lot.’ 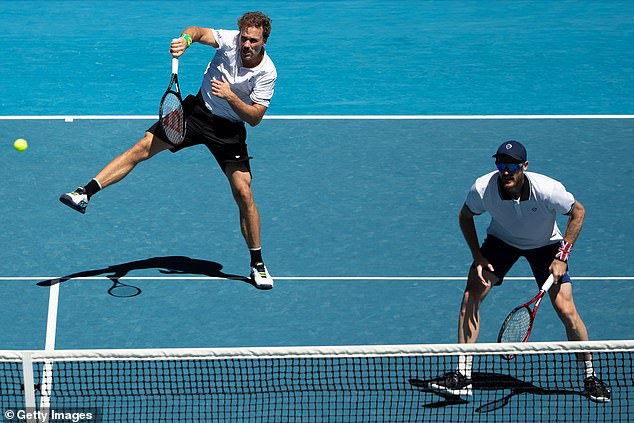 He particularly does not wish to hear from the army of tennis gamblers, who routinely abuse players they might have had money on. Salisbury was reminded of that after losing in the mixed doubles.

‘I think the bigger your sort of profile becomes it can become negative. Even coming off from the mixed doubles, I had probably over a dozen very negative comments just basically abusing, not very pleasant stuff. The more you are on it the more negativity you can get.’

At 28 Salisbury, who went to school in Wimbledon, has pushed through to become the highest ranked doubles player in the UK after attending university in Memphis.

He and Ram’s progress this fortnight has been made in spite of the American having had to endure two weeks of hard lockdown after arriving in Melbourne in mid-January.

Ram was one of the 72 players who came in on flights that contained a positive-testing passenger, and was not even allowed out of his hotel room for limited practice for a fortnight.

Another of those was Jennifer Brady, who will try to become the latest unlikely Grand Slam champion in the women’s game when she takes on Naomi Osaka. 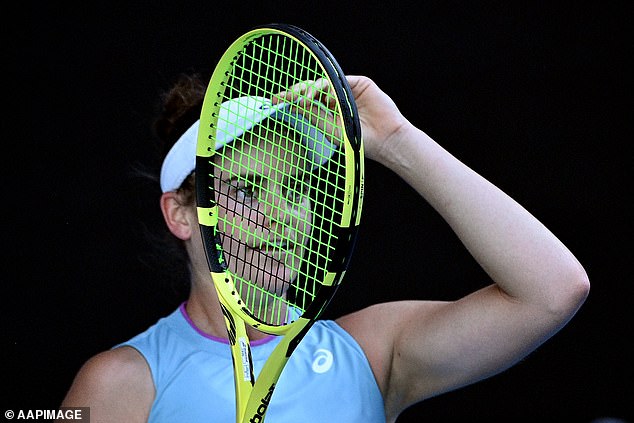 Although her ranking is a relatively modest 24, not much of a trawl through the record books is required for the last time a champion came from outside the top 20.

It was only last October, at the French Open, when Polish teenager Iga Swiatek came from nowhere to win at Roland Garros as the world number 48.

Another gradual developer, Brady made the US Open semi-finals a month prior to that. Now she will need to beat someone (at 8.30am UK time) whose beautifully-timed groundstrokes proved comfortably too much for Serena Williams on Thursday.

Sharma proud of being competitive