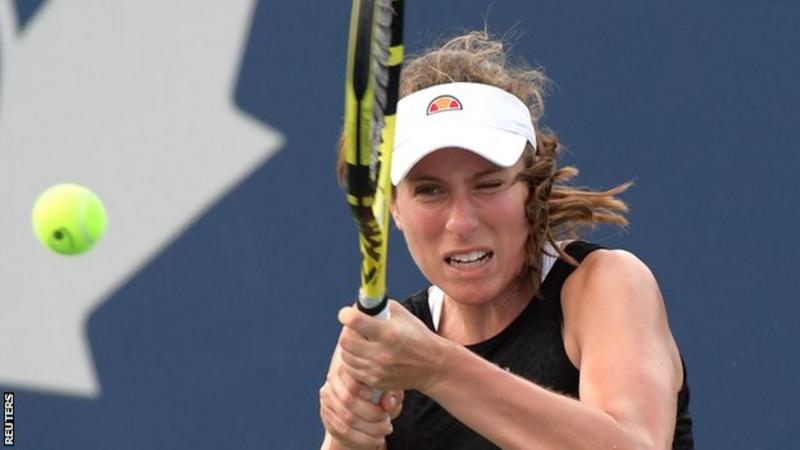 British number one Johanna Konta lost in the first round of the Rogers Cup in Toronto, beaten 6-3 6-2 by Ukrainian teenager Dayana Yastremska.

The 28-year-old world number 14 had beaten the 19-year-old in straight sets in their only previous meeting, on the Eastbourne grass in June.

But having taken a 2-1 lead Konta lost the first set in 37 minutes.

She hit only five winners to 24 from the powerful world number 33, who won the match in one hour 21 minutes.

It was the first match since Wimbledon for both players, Konta having reached the quarter-finals before losing to Czech Barbora Strycova, while Yastremska went out to Shuai Zhang of China in the last 16.

Yastremska, who has won titles in Strasbourg and Thailand this year, lost only two points in taking three successive games to secure the first set.

While Konta, beaten twice in clay court finals in 2019, struggled to find the pace and depth in her strokeplay, Yastremska hit some blistering winners, including one remarkably controlled shot from a crouching position on the baseline.

The teenager, who served eight double faults, broke to love on the Canadian hard court, before serving out for her third victory against top-15 players on her fifth match point.