Jo Konta suffered another Grand Slam shocker as she crashed out of the US Open to Sorana Cirstea – the world No.77 who had won only one tour-level match all year.

The British No.1 broke the Romanian three times in a one-sided first set and seemed on course to cruise to the third round.

But No.9 seed Konta failed to take four crucial break points late in the second set and the Cirstea took the tiebreak.

And the momentum of the match then shifted as the Romanian gained confidence and started to hit last year’s quarter-finalist off the court.

Before the end Konta was shrugging her shoulders in despair at her new coach Thomas Hogstedt as she went down 2-6 7-6 6-4 in two hours and 49 minutes. 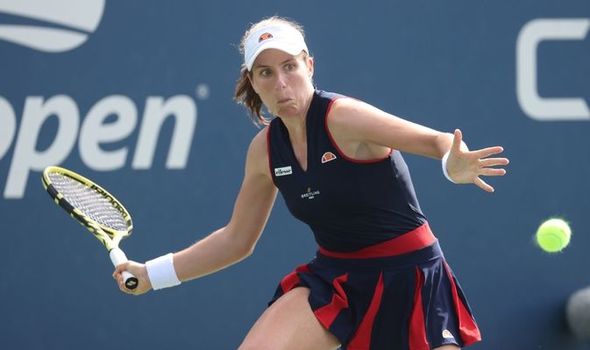 The world No.13 lost from a set up against world No 59 Victoria Azarenka in the semi-finals of the Western & Southern Open in the same venue last week.

And Konta went down to world No.78 Ons Jabeur in the first round of the Australian Open, to No.54 Barbora Strycova at Wimbledon last year and to No.38 Marketa Vondrousova in the semi-finals of the French Open.

The British No.1 had beaten Cirstea in both their previous meetings, including a spikey encounter in a 2017 Fed Cup tie when play was suspended – and Konta left the court in tears – after abuse from home fans and Illie Nastase. But in an empty Court 5 in New York, the Romanian gained revenge.

Cirstea, who last won in the first round of the Australian Open in Janaruy, sent down three double faults in the first game to immediately drop serve. 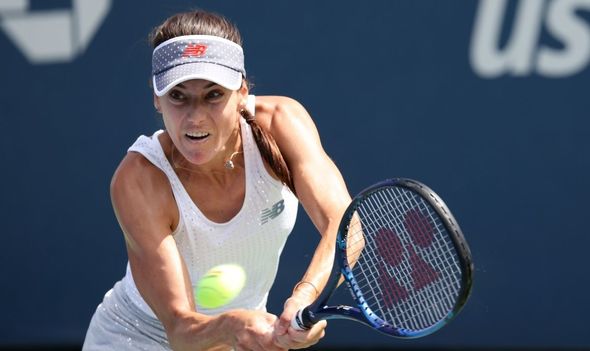 She broke back with a great forehand winner to draw the scores level at 2-2 before Konta took control.

The three-time Grand Slam semi-finalist broke twice more – and despite sending down only 55% of first serves – in 38 minutes.

The tighter second set saw the pair trade early breaks and Konta could not take two break points at both 4-4 and 5-5 to be able to serve out the match.

The British No.1 saved four set points in a first-round tiebreak against Heather Watson and saved three against Cirstea from 6-2. But the Romanian responded by sending an ace on the fourth to draw level.

The pair again traded breaks at the start of the third set but Cirstea made the crucial move she converted her sixth break point in the seventh game as she retrieved a drop volley and dinked over a cross-court winner. Konta saved two match points on her own serve at 3-5 but Cirstea took her third match point with an ace.

Fed Cup captain Anne Keothavong told Amazon Prime: “I must admit I am in a little bit of shock right now – I did not expect that.

“Credit to Sorana Cirstea, she showed a lot of resistance. She held her nerve when it mattered and she never stopped going for it.”