Karolina Pliskova claimed a cherished victory over Petra Kvitova to reach the semi-finals of the WTA Finals for the second year in a row.

The all-Czech contest was given extra spice by the relationship between the two players, with coach Jiri Vanek hinting ahead of the match that Pliskova has not forgiven him for swapping from Pliskova’s camp to Kvitova’s at the end of the 2016 season.

Pliskova had only taken one set off Kvitova in three previous meetings and they both went into the clash with hopes of reaching the last four. 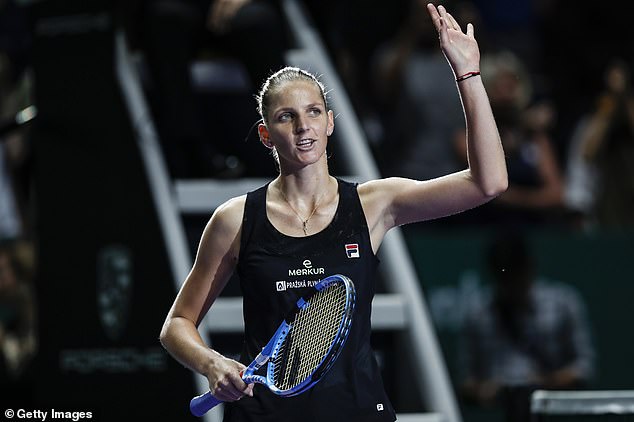 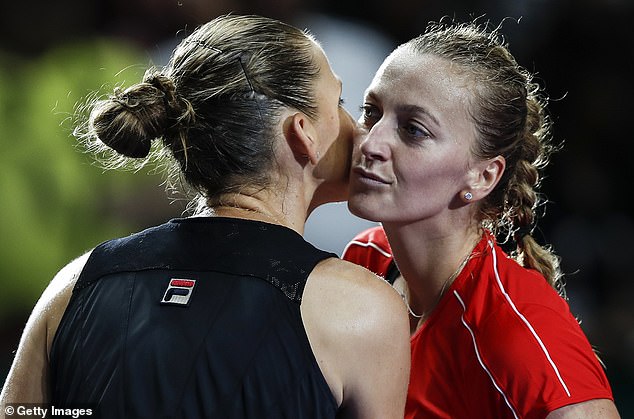 Having lost both of her first two matches, Kvitova needed to win in straight sets and for the result of the other match in the White Group to go her way, while Pliskova knew victory would be enough to see her qualify.

And it was the seventh seed who came out on top in a 6-3, 6-4 victory, telling reporters afterwards: ‘It was a huge victory for me.

‘I’m not going to say (it wasn’t), because I never beat her, and there is some past between us that I just was fighting for this victory a lot.

‘So it means a lot, and for sure, to get it to go to the semi-finals after beating her, it’s just special.’ 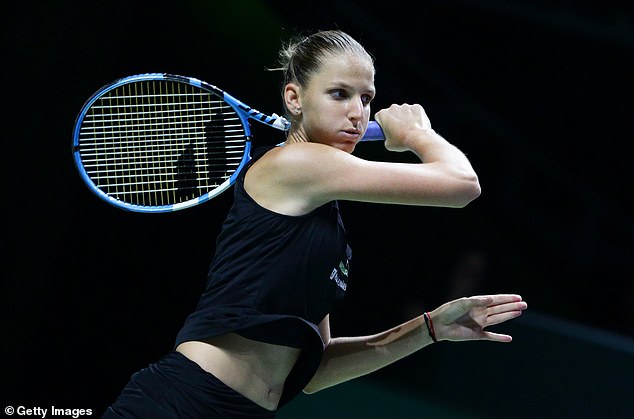 The seventh seed triumphed in straight sets 6-3, 6-4 to reach semi-finals in Singapore 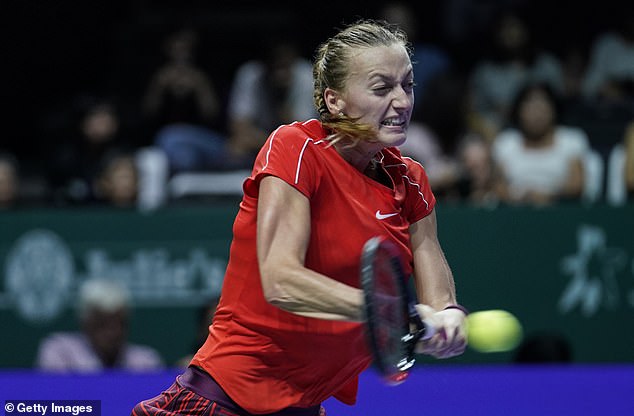 Defeat meant the end of an impressive WTA Tour season for Kvitova, who won five titles and returned to the top 10 in her first full campaign since being stabbed by an intruder at her home.

Pliskova finished second in the group to Elina Svitolina, who kept her 100 per cent record by defeating Caroline Wozniacki 5-7, 7-5, 6-3 to eliminate the defending champion.

Wozniacki needed a straight-sets victory to go through instead of Svitolina, and at a set and a break up looked capable of pulling it off.

But Svitolina recovered well and took her fifth set point in the 12th game of the second, celebrating by fist-pumping exuberantly.