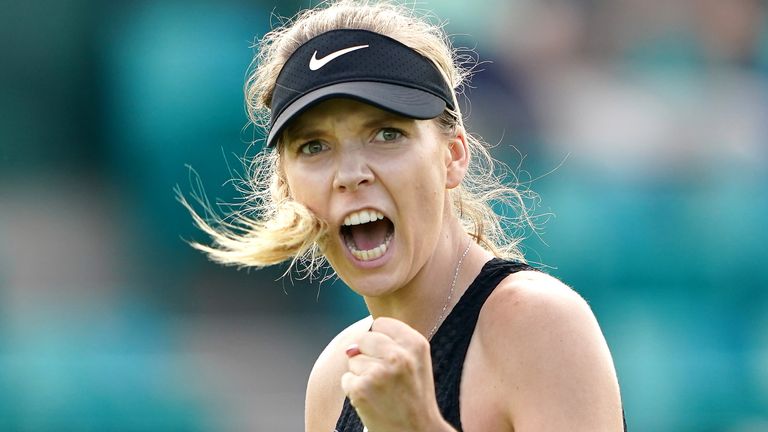 Britons Katie Boulter, Harriet Dart and Heather Watson have joined the all-star line-up for this year’s Viking Classic in Birmingham, which begins on Monday at the Edgbaston Priory Club.

British No 1 Johanna Konta, top seed and world No 15 Elise Mertens, and 2017 French Open champion Jelena Ostapenko are already taking part at the event, which is marking its return to the sporting calendar.

Watson moved into the main draw on her WTA world ranking of 71, while Dart and Boulter have been awarded wildcards alongside 2011 US Open champion Sama Stosur of Australia.

Harriet Dart said: “I think we’ve all dreamed of playing in front of a British crowd again so I’m really grateful for the chance to compete in front of them again in Birmingham and challenge myself against some of the best players in the world. I can’t wait to get out there.”

Boulter is currently on a good run of results at the WTA Viking Open in Nottingham having recovered from a serious injury.

She spent the best part of nine months off the main tour and hopes of a comeback were further stalled by the coronavirus pandemic.

Further niggles have hampered her in 2021, but she is now back on court and ready to go for the British grass-court season, with Wimbledon just over a fortnight away.

There were some dark days during her recovery, but the prospect of playing at her home Grand Slam drove her on.

“It is something I have been thinking about at night for the past few years since my injury,” 24-year-old Boulter said.

“I have never wanted to miss out on a grass court season and to get the chance to play at Wimbledon means so much. They are my home tournaments and you really can’t compare them to anything else. I am super excited for what is to come.

“Honestly I had some really really tough moments, but those are the moments that define you.

“You either come back stronger or not at all and I feel like I am here where I am now because I got through those moments. I had a great team around me, I am super lucky to have them.”

Boulter believes she is now in a better position to kick on even further as she goes about trying to repair her ranking, which has slipped to 262.

“At the time it was my peak and I felt I could really push on from there,” she said. “But I do believe things happen for a reason, I am much stronger now and I really feel I can get a lot higher in the rankings than I did when I was at 80.

“But now the tennis has to do the talking. I wouldn’t be in tennis if I didn’t have the belief I could make it all the way to number one but I know how difficult that is going to be, I’m just going to work hard to stay in the process and see how far I can.” 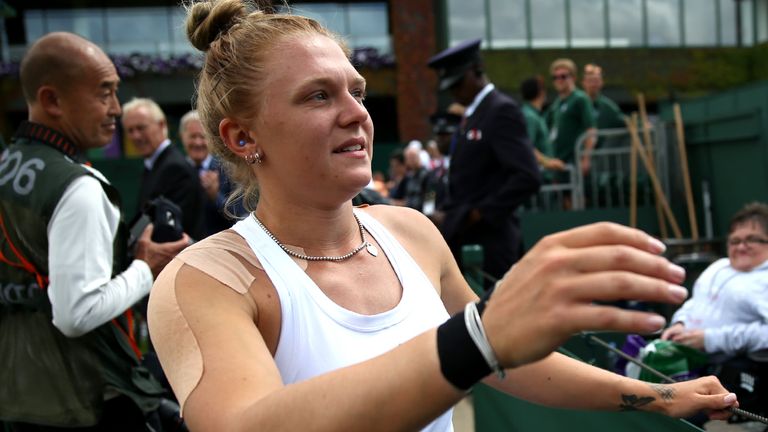 Britons Fran Jones, Naiktha Bains, Eden Silva and Tara Moore have been awarded wildcards into the qualifying rounds in Birmingham, which begin on Saturday.

History will also be made at the event when it also hosts the first British women’s professional wheelchair tennis event ever to be held outside of Wimbledon.

Five of the world’s top 10 women’s wheelchair players are among those competing for the title, including Birmingham’s Jordanne Whiley, who is ranked No 4 in the world.