Cameron Norrie was edging towards the biggest scalp of his career before the big guns of Kevin Anderson found their range to blast him out of the Fever Tree Championships.

The British No 2 played with consistency and poise but eventually went down 4-6, 7-6, 6-4 in the first round here at Queen’s Club.

It is a fourth consecutive loss for the 23-year-old, albeit a much improved performance after a disappointing end to his clay court season. 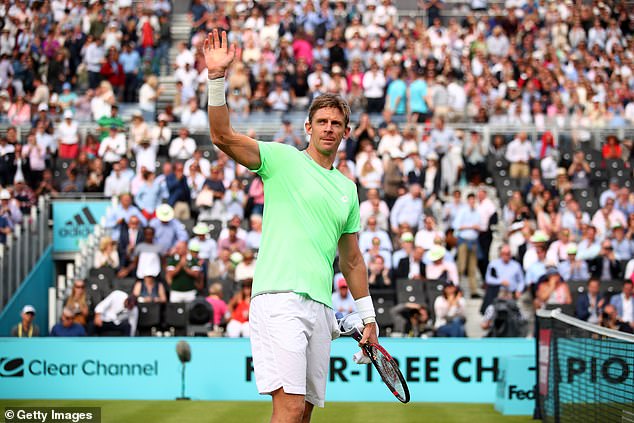 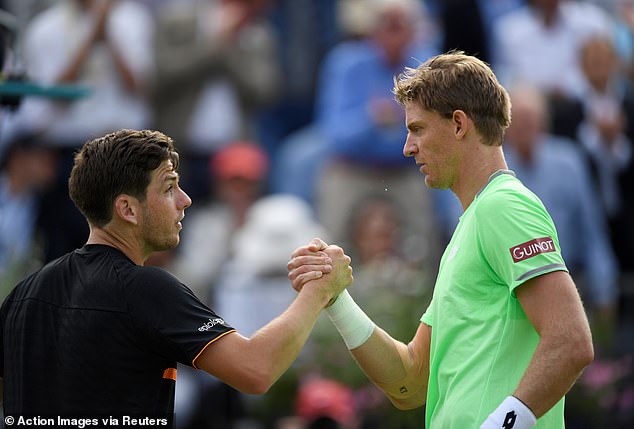 Norrie, born in Australia to British parents and raised in New Zealand, broke serve in the first game of the match and that was enough to claim the opening set.

But thereafter he never really laid a glove on Anderson’s serve, the big South African sending down 19 aces.

Anderson, the No 2 seed and twice a Grand Slam runner up, had only played six matches in 2019 as he has struggled to shake an elbow injury.

His slow start, therefore, was not unexpected but by the end the 33-year-old was playing the kind of aggressive, net rushing game that saw him beat Roger Federer in the Wimbledon semi-finals last year. 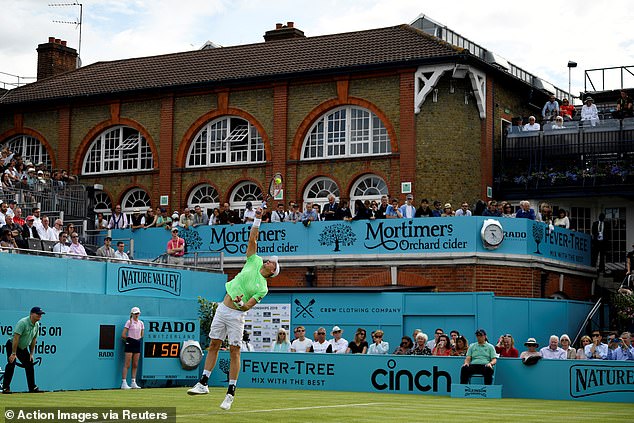 Norrie has not had the best time on grass in his short career thus far; his big backswing on the forehand side means he can be rushed on a quicker court.

But he has soft hands, intelligent court craft and he was impressive at the net. He scampered around the court, making his 6ft 6in opponent look cumbersome by comparison in the first set.

Once Anderson found his range Norrie did well to stay in the match as long as he did, saving nine of the 10 break points he faced.

Norrie’s only real opportunity to put himself in a position to win the match was when he had two break points at 40-15, 2-2 in the second set. But he could not take his chances and Anderson played a flawless tiebreaker, winning it 7-5.

In the deciding set Norrie did not have a sniff. Anderson won his first 18 consecutive points on serve and closed out the contest on his second match point. 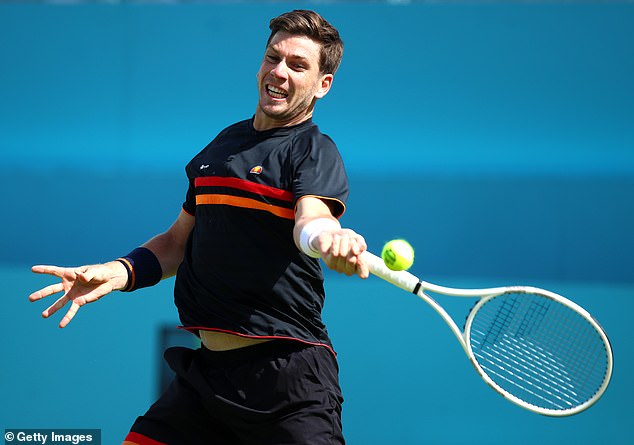 BORIS BECKER: Roger Federer must be wary of Matteo Berrettini