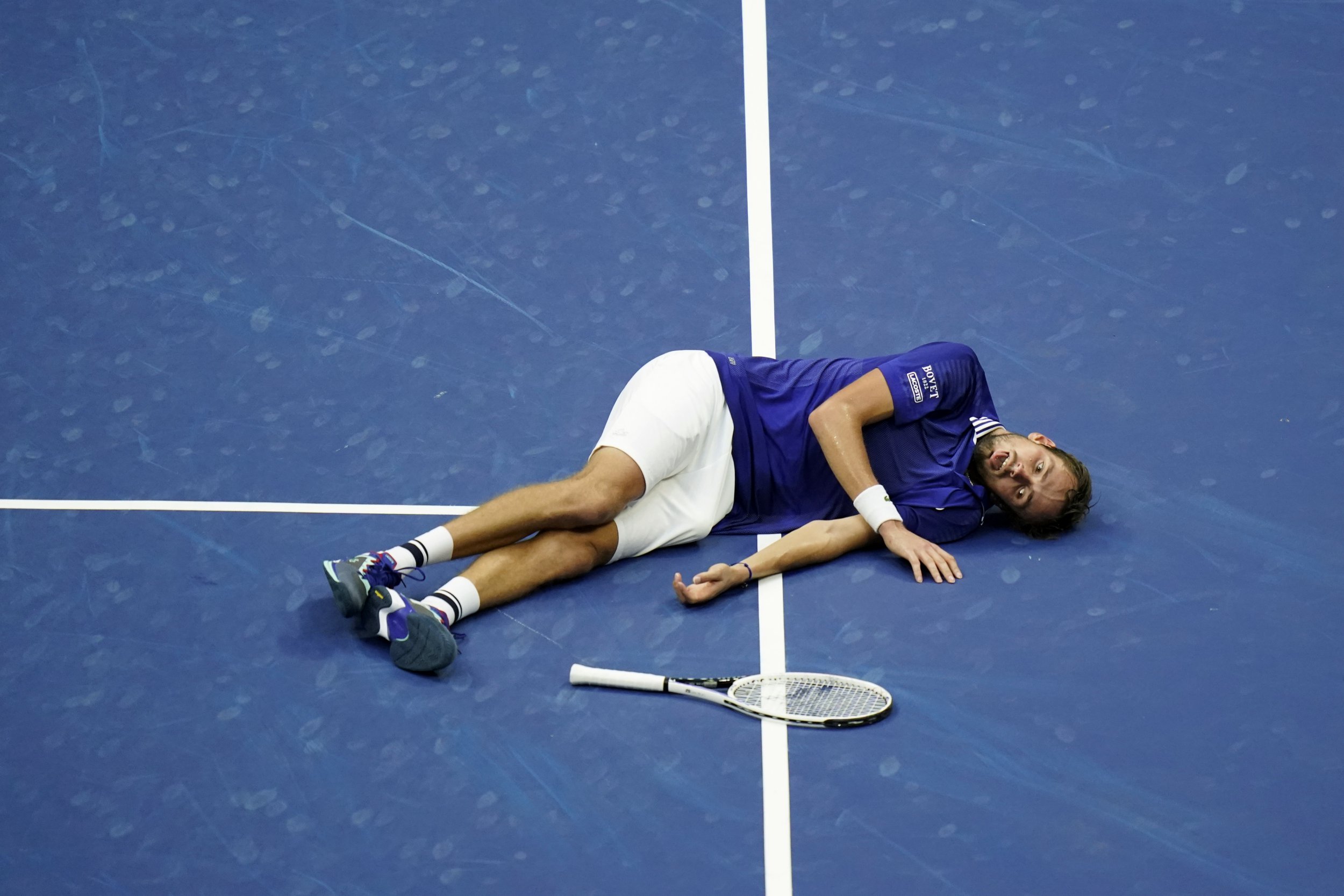 Daniil Medvedev has revealed that his peculiar celebration after beating Novak Djokovic in the US Open final was inspired by the FIFA video game.

The 25-year-old saw off the world No.1 in a thrilling straight-sets victory to claim the first major title of his career.

After his match-winning point, the Russian dropped his racquet and flopped to the floor before laying motionless for a few moments.

And Medvedev said that he wanted to make the moment special for his friends who he plays video games with.

When asked about his celebration, Medvedev replied: ‘Yeah, I can explain it. When I was running through Wimbledon, because that’s not the surface – I like grass, but I don’t feel as fluid as on hard courts. I was really confident about my game,’

I think it was like one night, you know, you cannot fall asleep. Five, ten minutes you have crazy thoughts, like every other person. I was like, Okay, if I’m going to win Wimbledon, imagine I win it against Novak or whatever.

‘To not celebrate is going to be too boring, because I do it all the time. I need to do something, but I want to make it special.

‘Yeah, I talked to the guys in the locker, they’re young guys, super chill guys. They play FIFA. They were like, That’s legendary. Everybody who I saw who plays FIFA thinks that’s legendary. That’s how I wanted to make it.

What do we think of this celebration? #Medvedev #USOpen pic.twitter.com/FLfp76fYRK

‘Again, it’s not because I want to be on the newspaper talking about FIFA celebration or whatever. I don’t care. But I wanted to make it special for people to love, for my friends to love who I play FIFA with.