Novak Djokovic has apologised for his actions in the Australian Open final where he lost his cool with umpire Damien Dumusois after being handed back-to-back time violations. The match was level at 1-1 on sets and no break of serve in the third when tensions reached boiling point on the court.

The 25-second shot-clock has proved troublesome for Djokovic in the past, along with players such as his long-time rival Rafael Nadal.

And Djokovic was caught out on his service game as he was handed two consecutive time violations, the second costing him a first serve on break point with Thiem going on to win the game.

The 32-year-old was visibly furious as he walked back to his seat and he remonstrated with the chair umpire as he walked past.

There was controversy though when Djokovic reached up to sarcastically tap Dumusois on the foot before holding up his thumb in an ironic fashion.

JUST IN: Djokovic set to become GOAT over Federer and Nadal – Wilander 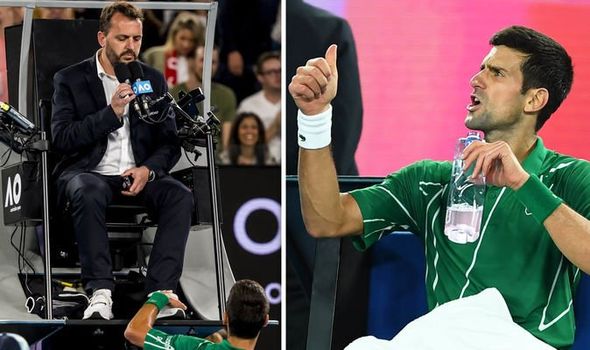 Dumusois didn’t react to the altercation, but the official Grand Slam rule book suggests Djokovic could be facing a fine.

The rules state: “Players shall not at any time physically abuse any official, opponent, spectator or other person within the precincts of the tournament site. Violation of this section shall subject a player to a fine up to $US20,000 for each violation.”

The eight-time Australian Open champion initially brushed aside any suggestion of “abuse” by labelling it a “real friendly touch”.

But Djokovic has now issued an apology for his behaviour in the heat of the moment.

Novak Djokovic to surpass Rafael Nadal as world No 1 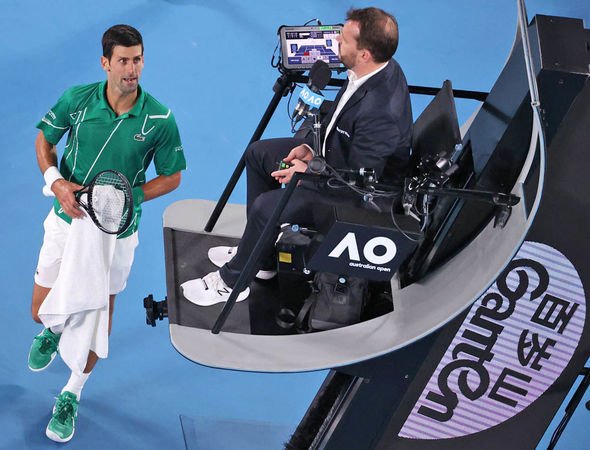 “In a professional sport, things happen that obviously you’re not proud of,” he said.

“Of course, I’m not happy that I touched the chair umpire. And I’m sorry if I offended him or anybody else.

“But in the heat of the battle, some decisions that he makes or some decision that happens just distracts you and sets you off the balance a little bit. 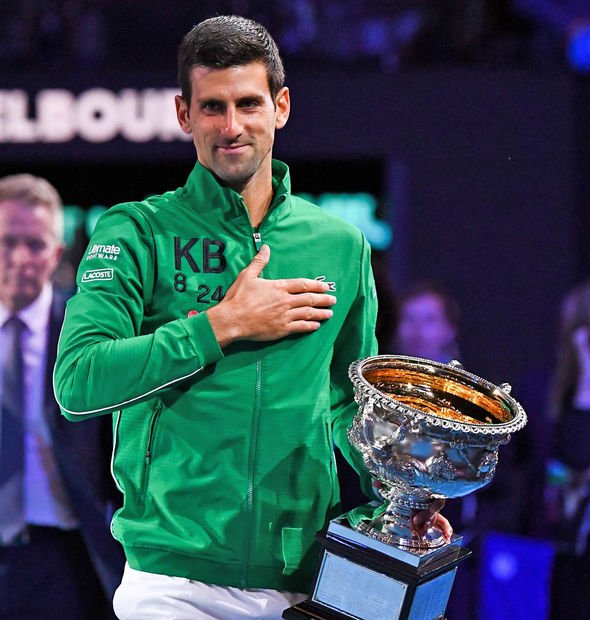 “I just tried to re-centre myself and it all ended up well for me.

“Hopefully people in the stadium and the ones that watched enjoyed the battle.”

In winning the Australian Open, Djokovic returned to the top of the men’s world rankings.

If he stays top until October 5 then Djokovic will break Roger Federer’s record for most weeks spent at the top of the men’s rankings (310 weeks).

Tennis: Kvitova comes from behind to reach Stuttgart semis