Novak Djokovic thanked his team for ‘tolerating me’ after he came from a set down to beat world No.33 Sebastian Korda in an epic three-set thriller at the Adelaide International final.

The Serb was visibly frustrated at times during the match and in a bizarre exchange at the end of the first set he yelled at his coaching box and order two members of his team to leave the premises. 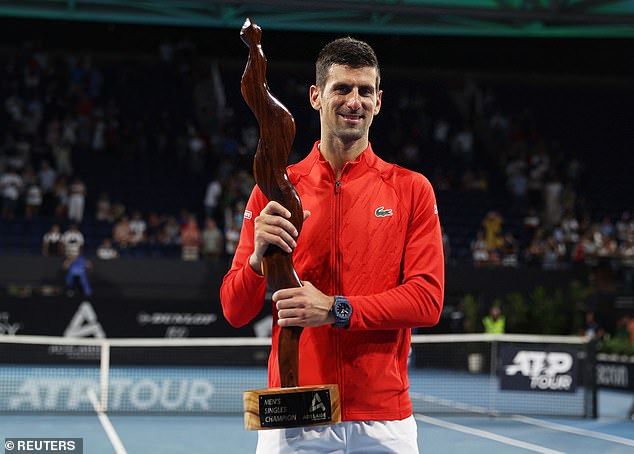 ‘I’d like to thank my team for handling me, tolerating me in the good and bad times,’ he said during the on-court interview after the match.

‘Today, I’m sure they didn’t have such a blast with me going back and forth with them, but I appreciate them being here.

‘My brother Marko is also here, I don’t see him that much so I appreciate you coming here, love you. It’s been an amazing week and you guys made it even more special for me.’

Djokovic tweaked his left hamstring during Saturday’s semi-final win over Daniil Medvedev but was able to push through the setback during the decider against Korda. 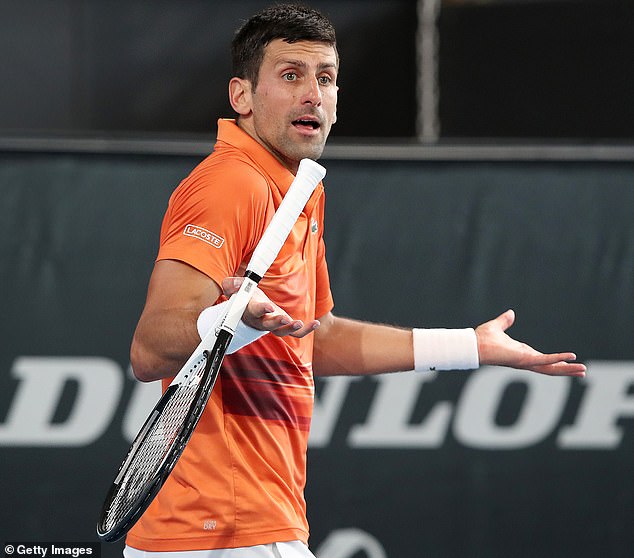 The Serb had a bizarre argument with members of his entourage, asking two of them to leave his coaching box at the end of the first set 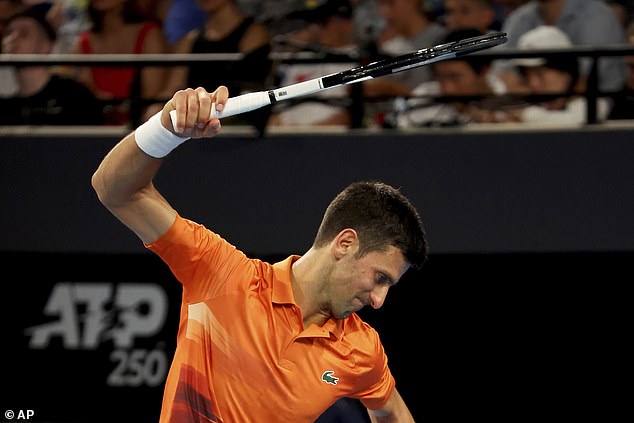 The win was a major confidence boost for Djokovic as he seeks a 10th Australian Open title later this month.

The victory also extended his winning streak in Australia to 34 matches stretching over five years.

Korda, the 22-year-old American son of Czech 1998 Australian Open champion Petr Korda, won over plenty of fans with an astounding effort against one of the game’s greatest ever.

The first set was an absorbing affair featuring numerous momentum swings and set points to both players.

Korda sealed the crucial break to lead 5-4 but blew three set points at 40-0 to allow Djokovic to break and level the contest.

Djokovic was unable to convert his own set point at 6-5 up when Korda unleashed a powerful serve.

The tiebreak was even more intense, with Korda again choking at crucial moments.

Korda blew a 6-3 lead, with the third of those set points a horror shot into the net from close range when he had almost the whole court at his mercy. 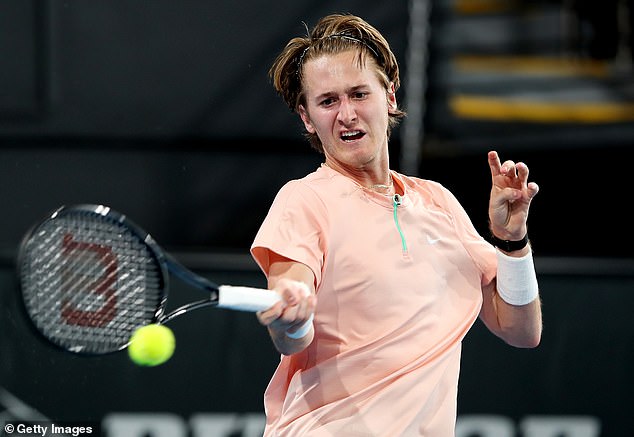 Djokovic also had a moment to forget, with the 21-time grand slam winner framing a shot into the crowd during his own set point.

Korda finally came good on his seventh set point, with Djokovic fuming as he made his way to his rest area.

Djokovic sat down before yelling at his supporter box, ordering two of his entourage to leave the area.

The second set was a tight affair, but Korda earned a Championship point on Djokovic’s serve. 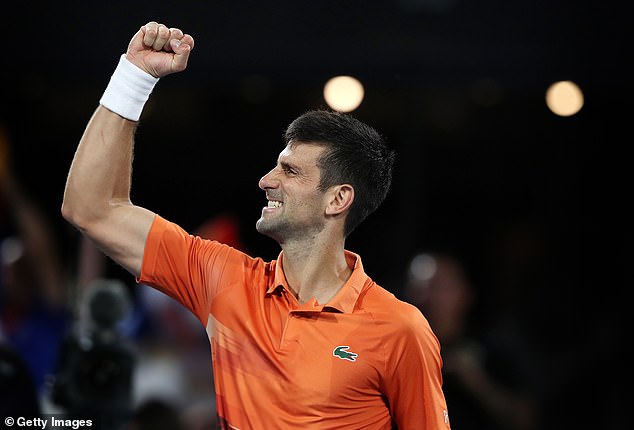 Djokovic saved the match point with a nerveless overhead smash, and he came up with the goods to level the match. The third set seemed headed for a tiebreak before Djokovic pounced when Korda tightened up late.

And the Serb, who hasn’t lost on Australian soil since he was upset by South Korea’s Hyeon Chung in the fourth round of the 2018 Australian Open, praised his younger rival.

‘I’d probably say you were closer to victory today than I was – it was decided in one or two shots, one or two points,’ he said addressing Korda.

‘Tough luck today but the future’s bright for you so just keep going, you’re an amazing player.’ 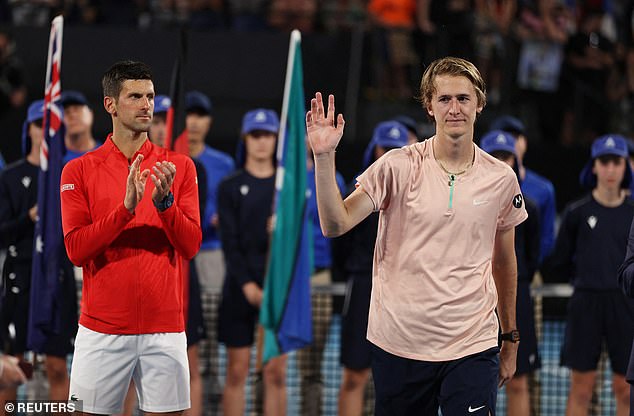 Djokovic praised Korda after the match, admitting his rival had been the better player

Djokovic also thanked the Australian crowd for their support since his return to the country following his controversial deportation last year in the wake of his decision not to get vaccinated against Covid-19.

‘It’s been an amazing week and you guys made it even more special,” Djokovic said during the trophy ceremony, according to atptour.com.

‘For me to be standing here is a gift, definitely. I gave it all today and throughout the week in order to be able to get my hands on the trophy.

‘The support that I’ve been getting in the past 10 days is something that I don’t think I’ve experienced too many times in my life, so thank you so much [to] everyone for coming out every single match.’