Novak Djokovic opened his title defence at the Shanghai Masters by beating Denis Shapovalov 6-3, 6-3 on Wednesday to reach the third round.

Djokovic, who had a bye into the second round, improved his career record against the Canadian to 3-0 and has now won 22 straight sets in Asia – dating back to his title run in Shanghai last year and also including last week’s Japan Open.

‘Because of the history that I had in this tournament and in general in the Asian swing and lots of success and lots of matches won in my career, I actually feel less pressure because I’m more confident that I can perform at my best,’ Djokovic said. 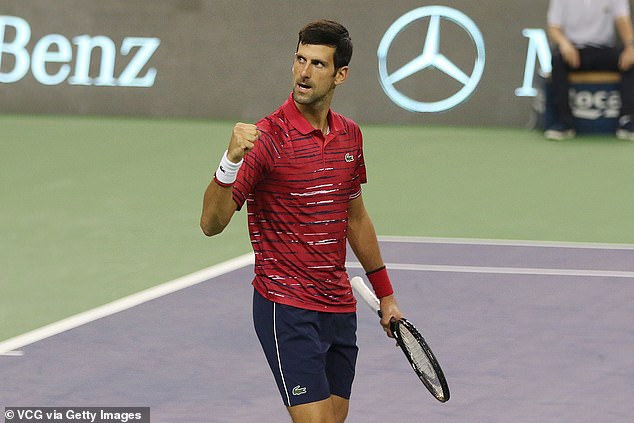 Dominic Thiem kept his momentum going as well after winning last week’s China Open, beating Pablo Carreno Busta 7-6 (3), 6-3. Thiem had lost in the second round in Shanghai the last four years in a row.

The pair have met three times this season, with the other three matches on the ITF Junior Circuit.

‘Great. Very nice,’ said Tsitsipas, when asked how it felt to finally beat the 19th-ranked Auger-Aliassime. ‘I did things differently this time, but I prefer not to say what I did differently.’

Zverev, who served 21 aces, saved three set points in the first-set tiebreaker. He won that tiebreaker on his sixth set point. 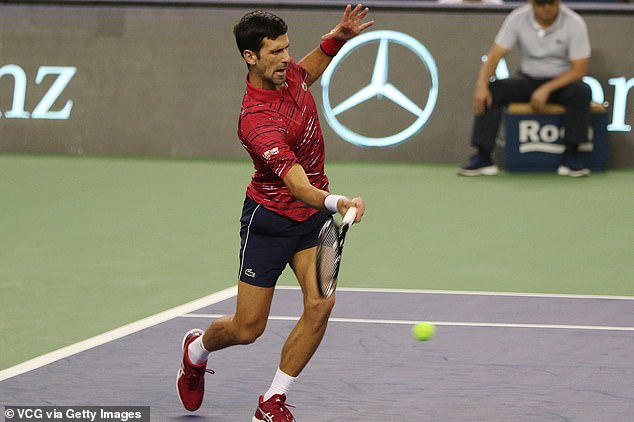 Djokovic, who had a bye into round two, improved his record against the Canadian to 3-0 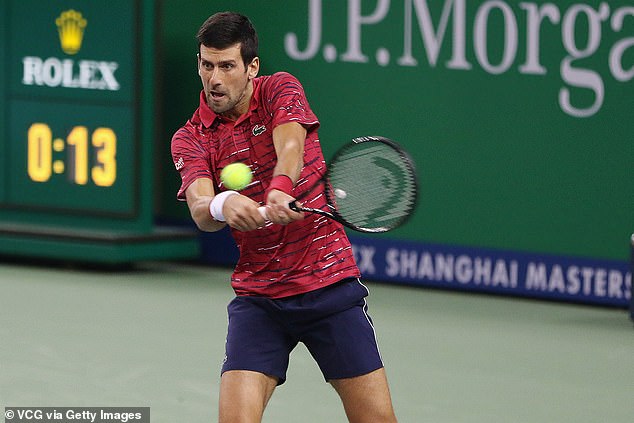 ‘It was a great tiebreaker obviously,’ Zverev said. ‘We both served incredibly well and didn’t hit a lot of second serves. … Against Jeremy I always knew it was going to be tough especially on a surface like that, which is lightning fast. I think it’s the fastest surface on tour.’

His biggest problem in the second tiebreaker came when he lost his grip on his racket when hitting a forehand and watched it sail into the fourth row of the crowd. However, it landed in an empty seat and was quickly passed back down to the apologetic German.

Chardy has now lost 11 consecutive matches against top 10 opponents dating back to when he defeated then fourth-ranked Grigor Dimitrov of Bulgaria at the 2018 Miami Masters.

The 16th-seeded John Isner was the only one of three Americans to advance, beating Lucas Pouille of France 7-5, 6-3.