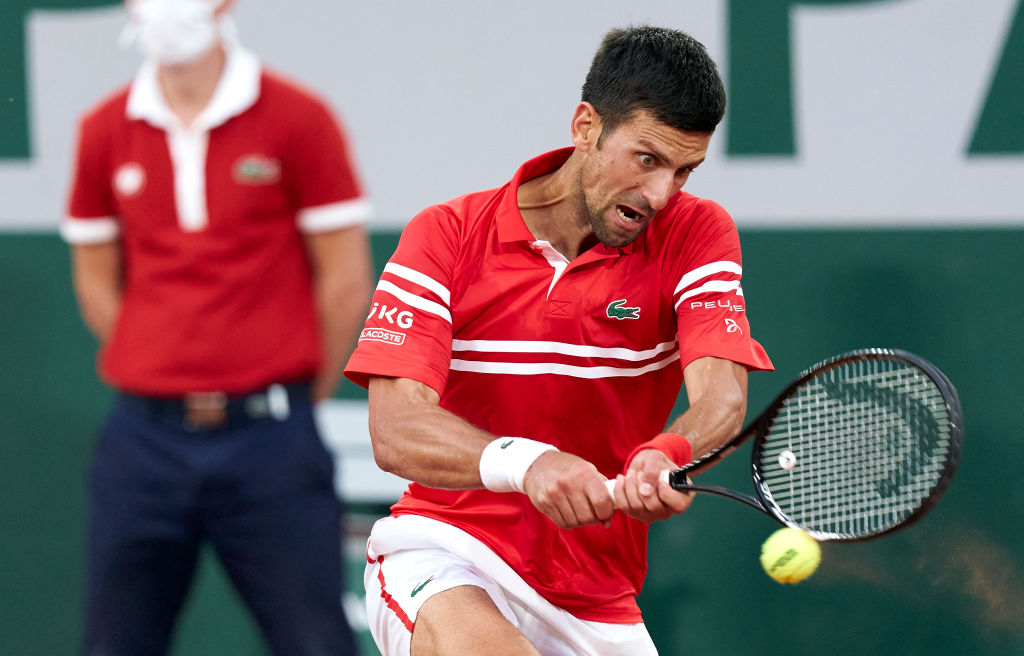 The French Open reaches its conclusion this weekend and some things seem permanent at Roland Garros — like Rafael Nadal winning.

Rafa is on the cusp of sporting history. He is two matches away from winning a 21st major championship, thereby pulling away from Roger Federer whose eyes are firmly on Wimbledon.

What price the grand-slam count being level at 21-21 by July? Or how about the odds on Novak Djokovic going on a major spree himself in Paris, London and New York to take his own tally to 21?

So that is the historical perspective, that’s the science, a word to elicit a mixed response I know. I don’t wish to be driven by science, I want to be inspired by art and to have my spirit elevated by eminent people doing great deeds and that’s what these three players have produced for years.

In today’s French Open semi-finals, for the 58th time in a glorious 16-year rivalry, Rafa will take on Novak with again the possibility there for an elevation in the standard of the sport.

The Spaniard may be aged 35 to the Serbian’s 34 but physically these two remain in their prime. Witness Nadal’s destruction of the brilliant and diminutive Argentine Diego Schwartzman in their quarter-final.

At one set all and from 3-4 down and under threat, the 13-time French Open champion claimed nine straight games, losing just seven points, as he won 6-0 in the fourth.

There was one passage of play that saw him skip backwards and sideways across the court at full speed to take a whipped forehand at head height that I had to assemble the family to watch!

I am not trying to fanboy the man, it’s just I know why there is a statue of him on site at Roland Garros. Can you imagine trying to beat a bloke that’s got a monument to him at the place you are playing? But this is just what Djokovic likes and it’s what makes him so captivating.

He is not as widely adored as the two other members of this fabulous trio and yet I fervently believe he is the best player of them all. To clarify, he may or may not end up with more grand slams than the others but that is not the only measure by which to judge them. To my eye he has played the highest level of tennis I have ever seen indoors and on hard courts which is where most of the tour is played.

On clay there’s no doubt Rafa is unequalled. Nadal remains favourite to win here but lurking on the other side of the draw are the two men who are surely next to be crowned grand slam champions. Stefanos Tsitsipas, of the flowing locks and flashing eyes, and Sascha Zverev, whose frailties on court are as captivating as his tennis. I long for two classic semi-finals, with a cracking final on Sunday at the same time as England are hopefully putting four or five past Croatia at the Euros.

Then it is Queen’s, Wimbledon qualifying and then the Championships themselves.

Please let all this be a sign some normality is returning for us all and our spirits, just as they surely will when Rafa and Novak face off later, can be freed.

I have loved the women’s tournament this year. Frankly, the men hit the ball so hard and are so strong that I am at an age where I can barely relate. I have enjoyed the unpredictability of women’s tennis for quite some time and with the withdrawal of Ash Barty, injury to Simona Halep and Naomi Osaka pulling out, the stage was set for new entrants on to the highest level.

Step forward then Maria Sakkari, of Greece, who is one of the most well-conditioned athletes you will ever see.

This is a player who has done the work and it looks like it. She may not be the tallest player, so her serve is not devastating, but her ability to explode back into the court after being pulled wide is thrilling.

She beat the defending champion Iga Swiatek in straight sets with a superb court craft and confidence. Players feel they have to end the point against her because she is so fit and will often employ the drop-shot. Sakkari will drop-shot them back.

Yesterday, she faced Barbora Krejcikova, the 25-year-old mentored by the wonderful and much missed former Wimbledon champion Jana Novotna, who eventually prevailed after an epic encounter ended in a 7-5, 4-6, 9-7 win.

On the other side of the draw that has seen upset after upset, world No.32 Anastasia Pavlyuchenkova (pictured), of Russia, overcame world No.85 Tamara Zidansek, of Slovenia, 7-5, 6-3 to reach the final.

These are not household names but you don’t fluke a grand slam semi-final and with both semis there will have been raw nerves as a life-changing opportunity loomed for all four players.

This is the first time in Paris the last four contained four players in their first grand-slam singles semi-final. The only other time it has happened since tennis went professional was at the 1978 Australian Open, and in those days it was because players often would not travel Down Under around Christmas time.

How to get your Metro newspaper fix

Metro newspaper is still available for you to pick up every weekday morning or you can download our app for all your favourite news, features, puzzles… and the exclusive evening edition!