After one of the strangest, most thrilling nights in Australian Open history something reassuringly familiar was left hanging in the air.

That was the question of how seriously injured Novak Djokovic really was, despite his claims that he suffered a tear in an abdominal muscle in a third round victory over American Taylor Fritz.

It would not be Melbourne if there were not some drama over his state of fitness. The 33-year-old staged a miraculous recovery in the decider, having gurned his way through losing sets three and four following a nasty slip behind the baseline. 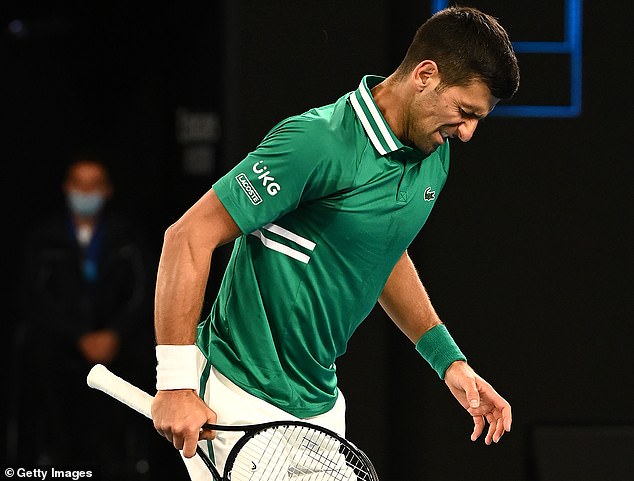 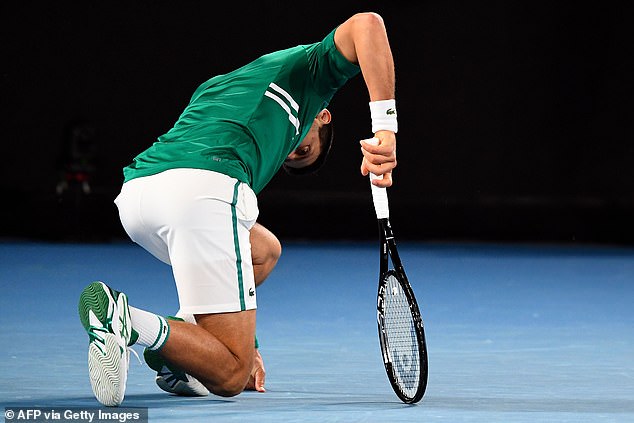 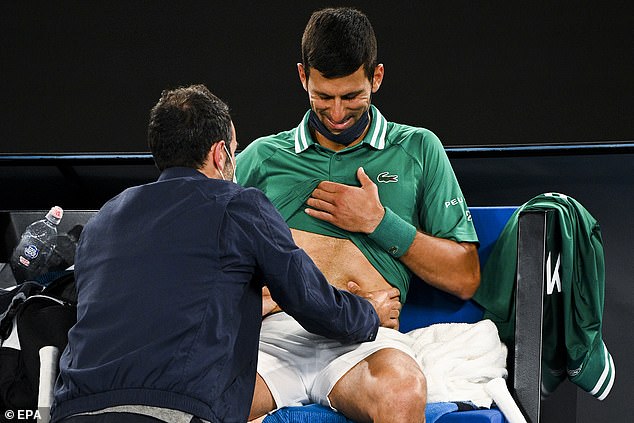 Not much else was normal as this trouble-plagued tournament reached its middle weekend.

The afternoon had seen Victoria State Premier Daniel Andrews impose a five-day lockdown on the city, in response to a growing outbreak of Covid centred on an airport hotel.

The subsequent 11.30pm curfew meant that halfway through the fourth set spectators were marched out of the Rod Laver Arena amid a cacophony of booing. Fritz described the 20-minute break that he and Djokovic had to take as being ‘absolutely ridiculous’ .

By then Nick Kyrgios and Dominic Thiem had just about managed to complete a pulsating third round encounter. It saw the Austrian memorably come back from two sets down in front of what may yet be the last partisan crowd of the fortnight.

The cases seeping out of the airport Holiday Inn mean there will be no spectators allowed in to Melbourne Park until next Thursday at the earliest.

That will mean another enormous dent in the finances of Tennis Australia, as the losses rack up at a tournament that was already struggling to sell tickets in current circumstances. Rarely can any sporting event have faced such a multitude of setbacks.

On the past form of his apparent ailments – as the likes of Andy Murray know – it would not be surprising if Djokovic is still around for the semi-finals when the fans come back.

He now faces a stiff task under any conditions against big-serving Milos Raonic in the fourth round, but Fritz was among those unconvinced about the Serb’s true physical state after eventually losing 6-2 in the fifth set. 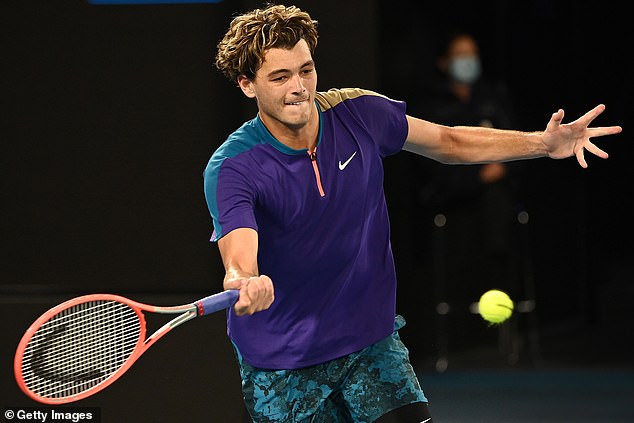 ‘I expected that if he was really, really injured he wouldn’t have kept playing,’ said the Californian.’ I knew that he would come back strong in the fifth. It looked like he was struggling in the third and the fourth, it was also obviously tough to deal with him all of a sudden moving fast (in the fifth).’

Djokovic cast doubt on whether he would take to the court against Raonic.

‘I know it’s a tear, definitely, of the muscle. So I don’t know if I’ll manage to recover from that in less than two days,’ he said. ‘I was really debating strongly in my head to retire the match after two games in the third set.’

Fritz’s verdict was that ‘If he can play like he played in the fifth, I don’t see why he wouldn’t play. He’ll beat anyone.’

That said, there was no incentive for Djokovic to play hurt when he was winning easily, so this could well be a threat to him winning an eighteenth Grand Slam title.

Trying to figure out the way the top players’ complex minds and bodies work at a Grand Slam can be tough. Rafael Nadal, who this morning is due to face Britain’s Cam Norrie in the third round, is another who has been talking about being injured. 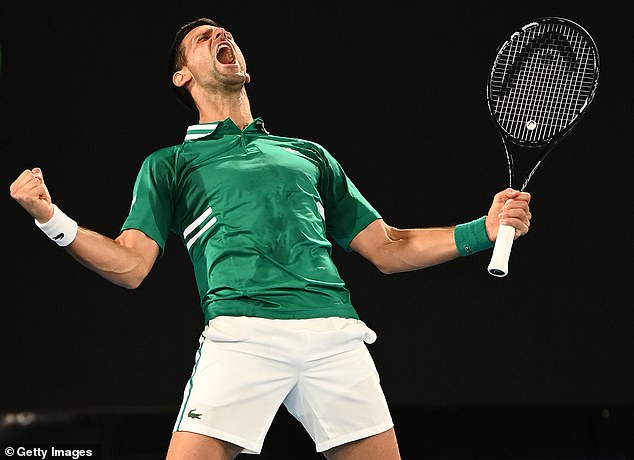 Giving full reign to his enormous talent, and making light of a nine-month absence from the tour, he threw everything at the Austrian. Thiem initially looked rattled by the bearpit atmosphere on the secondary John Cain Arena, which also saw his opponent given two separate point penalties.

If Kyrgios had taken one of his two break points early in the third set he might well have sprinted home from there.

Thiem, however, is made of stern stuff these days and it was to his enormous credit that he dug in. Kyrgios must also come to terms with the fact that over five sets the Austrian’s relentless work ethic was always likely to give him an edge in fitness.

The Australian admitted as much afterwards, saying: ‘ I played a heck of a first game in the third set. I just missed a couple of balls by really nothing. Maybe if I played more last year, maybe if I trained more, I make those balls.’

Australian Open draw: When is it? What are the seedings? How to watch live