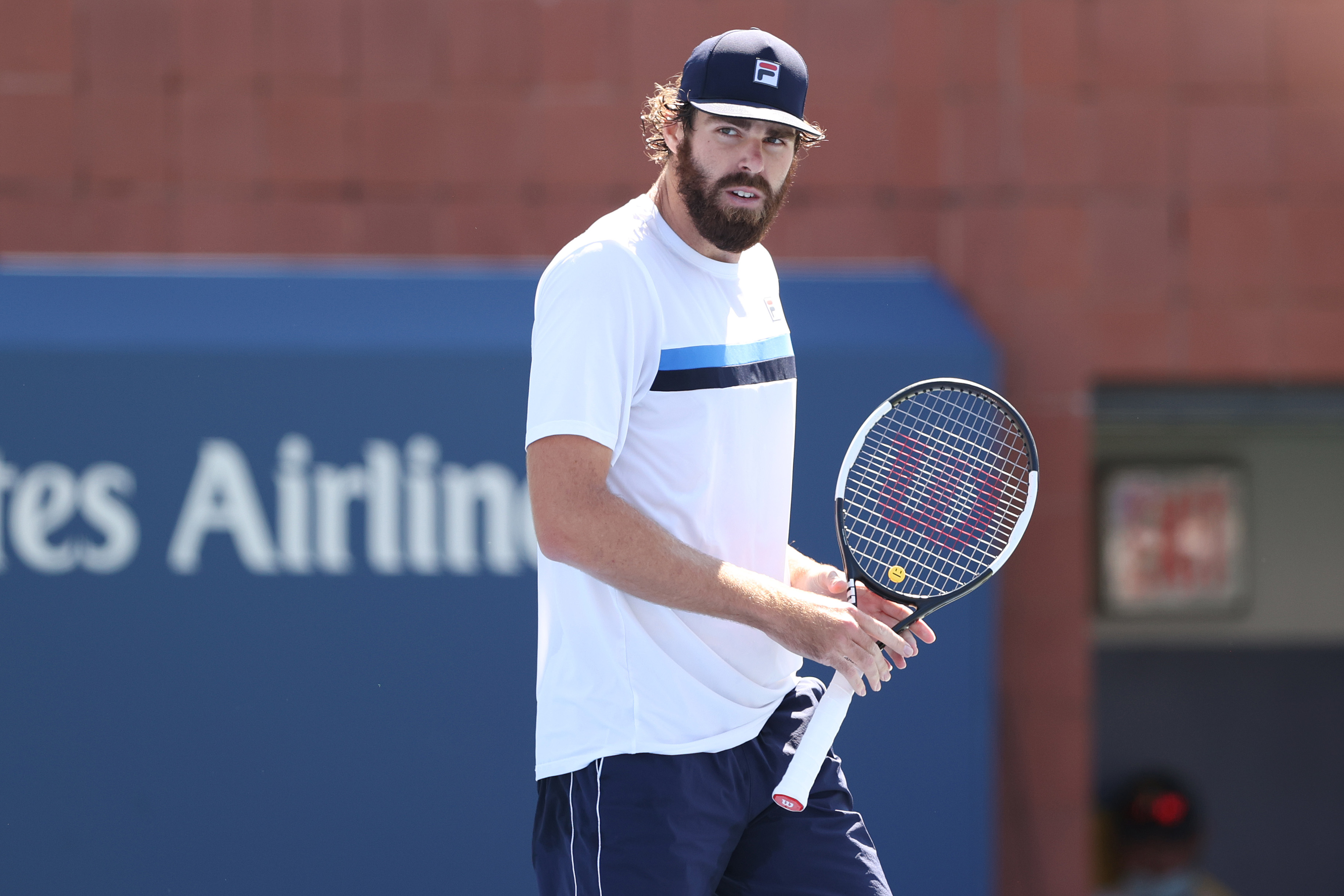 During his second-round win over Lorenzo Musetti he endured the wrath of tennis officials when he carried on a pink tote bag with the logo of a Belgian art gallery.

The logo of the gallery exceeded the acceptable measurements stated in the rulebook resulting in a hefty fine – the largest ever handed out at the US Open – and it’s clear Opelka is not happy with the decision.

‘I mean, what a joke on the US Open to do that. 10K for a pink bag? Come on,’ Opelka said after advancing to last-16 with victory over Nikoloz Basilashvili

‘The head referee was telling me you should have come in and had this thing measured.

‘The ref just told me, I mean, I actually thought it was a different bag. We had that logo specifically made. We measured. It is too big.

‘It was not the same bag I was using at the French Open. We made the effort to make it smaller.

‘There was a mistake in production, I think, because in Europe with the conversion, with what was allowed.

‘But, yeah, I made the effort. The referee told me that it was too big and that was it.

US Open: Andy Murray loses out to Stefanos Tsitsipas in five-set marathon on Arthur Ashe Stadium