The banks of the River Mersey are a long way from the lawns of SW19 but Liverpool’s capacity to produce potential tennis stars remains strong.

In 2002, Anders Borg had a vision that he believed would see top players prepare for Wimbledon in a city more famous for football. The twist, for this ambitious Norwegian, was that he wanted the grass courts to be set up on a public park.

Plenty thought his plans were doomed to fail but Marat Safin won the inaugural Liverpool International Tournament 20 years ago – he was presented with the trophy by Steven Gerrard – and since then a raft of star names have honed their skills in the event. 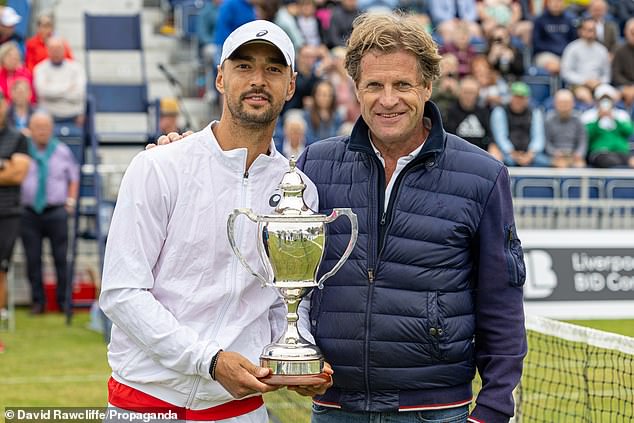 Emma Raducanu, for instance, alerted those within the game to her immense ability when she won a junior event at the tournament as a 12-year-old in 2015, the first victory on a path that led her to last year’s US Open.

Others to accept offers from Borg – a devoted Arsenal fan – include Novak Djokovic, who was a teenager when he first set foot on grass here, David Ferrer and Xavier Malisse, while Caroline Wozniacki was another graduate of this talent factory.

During the last two decades, the event has moved home a number of times and this year it was played at Liverpool Cricket Club, drawing excellent crowds over three days culminating in Saturday’s finals. 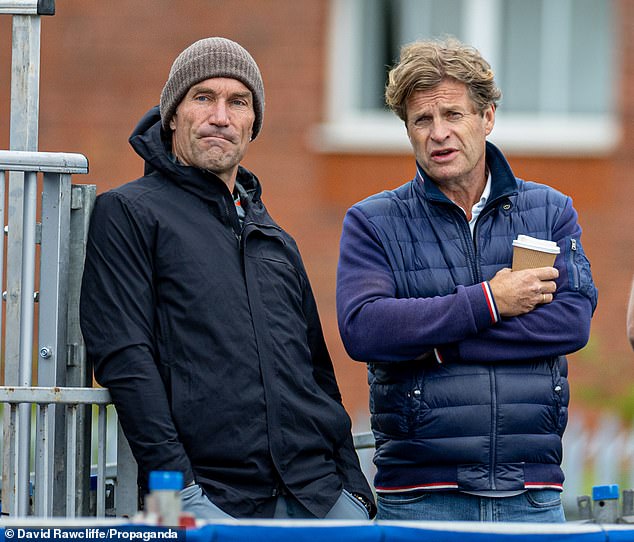 Borg, seen chatting to Pat Cash, set up the tournament initially on public courts 20 years ago

Dimitar Kuzmanov, the Bulgarian No 2, beat Marcus Willis 6-4 6-7 12-10 in the men’s final and he will head to the Wimbledon qualifiers this week with his confidence soaring from his first victory on grass. This, he says, will not be his last visit to Liverpool.

‘This is an amazing tournament,’ said Kuzmanov. ‘It’s my first time here. I didn’t know much about it until I got the invitation when I was in Paris for Roland Garros but straight away I said ‘yes!’. What a chance to play so many matches on grass and prepare.

‘I wanted to come here so much. The atmosphere is so different, it was difficult to get used to it with so many people close by. But they have come to be entertained and it was fantastic. I played much better, day-by-day. 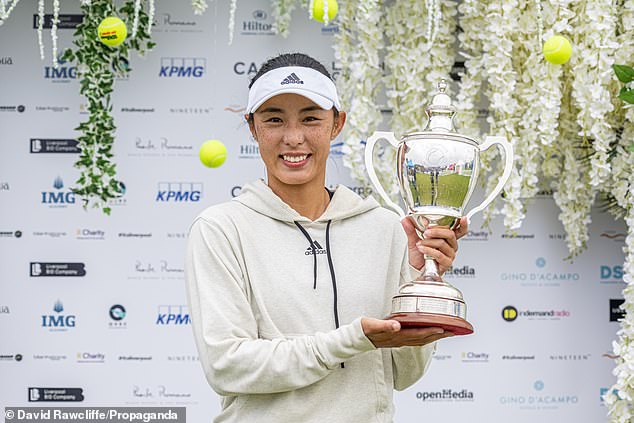 ‘I can say quite clearly there are not so many places that would be able to attract so many good players. It’s quite an achievement and I was delighted to come here and win. I’m really excited now to go to Wimbledon.’

Qiang Wang, the Chinese who was once ranked 12 in the world, beat Nadia Podoroska 7-5 6-4 in the women’s final; Wang is coached by Pat Cash, who believes this victory will help with her confidence going into Wimbledon.

Reflecting on the tournament, Borg said: ‘We have had a spectacular three days of grass court tennis here in Liverpool with some wonderful performances by all the players. It’s great for everyone to be able to enjoy live tennis and we wish all our participants good luck in Wimbledon.’