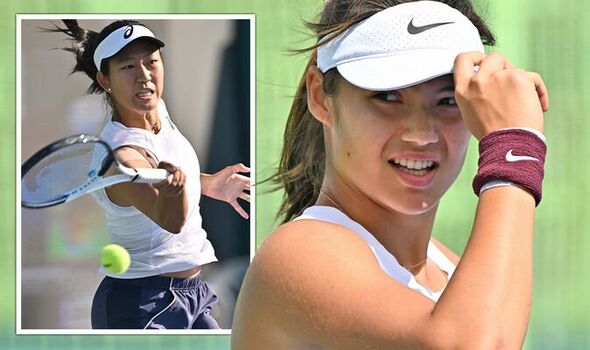 Emma Raducanu recovered from her recent dip in form to produce a professional display with a victory over Moyuka Uchijima at the Korea Open in Seoul. The 19-year-old had suffered disappointing losses at the hands of Alize Cornet and Anna-Lena Friedsam in September at the US Open and in Slovenia respectively, falling to 83rd in the WTA rankings as a result.

But the British No 2 looked in good shape throughout as she cruised to a 6-2, 6-4 win over the promising Japanese player Uchijima at the WTA 250 event after an hour and 15 minutes of action on court.

Uchijima, ranked 126th in the world, started off in the best possible fashion to settle any pre-match nerves with a love service game. Raducanu, meanwhile, failed to land any of her first four serves but found some solace on her second serve.

However, an error-strewn service from Uchijima in the third game of the match gave Raducanu a chance to break and an overzealous shot on the net approach from her opponent handed her the early advantage. 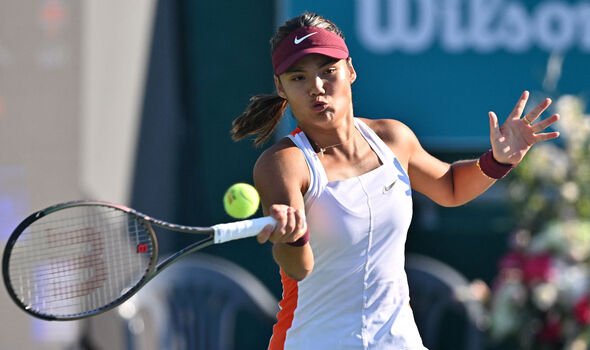 Raducanu proved to be the dominant force in the longer rallies, using her hammer forehand to force Uchijima to beyond the baseline and forcing errors from the home favourite. And within a quarter of an hour of play, she had secured a double break after finding her groove on her second-serve points.

Uchijima’s failure to produce winners in inviting positions cost her dearly as Raducanu continued to plug away and consolidated the double break with a fine ace out wide to make it 5-1. The Japanese manage to prevent a hat-trick of breaks but it only delayed Raducanu in strolling towards locking down the opening set without needing to engage second gear.

The No 6 seed showed no sign of letting up in the second set, picking up from where she off with to snare a double break break as Uchijima struggled to stay out of the net. 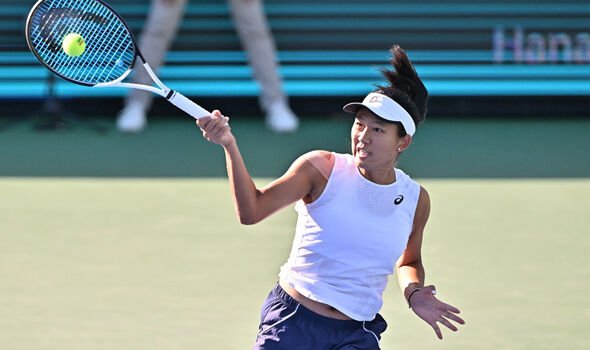 It was not long before Raducanu raced into a 5-0 lead in the second set, looking destined to seal an easy victory. But she put her position under question when she missed the chance to bagel with  two double faults on match point, allowing Uchijima to break back for the first time.

That opened the door for Uchijima, who suddenly looked reborn and fought back with four successive games to crank up the heat on Raducanu, whose self-doubt was evident after challenging for a line call before changing her mind.

She dug out two aces when facing a break point after serving up a double point. And 20 minutes after her first match point, she took advantage of her third with a strong serve down the middle.

Her coach Dmitry Tursurnov, watching on from the stands, would have been slightly concerned with how she finished the match but pleased with her overall display as she took home a morale-boosting win.

She will face Yanina Wickmayer in the second round of the tournament after the Belgian overcame 17-year-old sensation Linda Fruhvirtova in straight sets.

Andy Murray wins on return to action in Brisbane