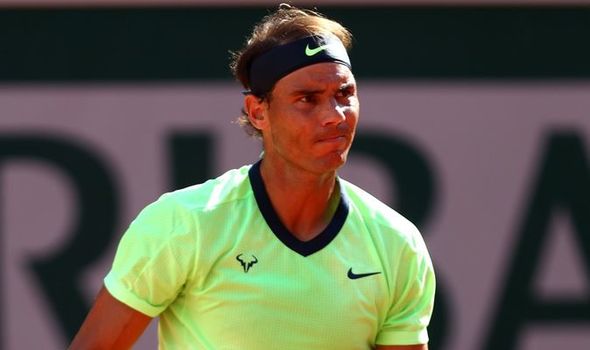 Rafael Nadal breezed into the quarterfinals of the French Open after comfortably beating Italian teenager Jannik Sinner. The Spaniard remains on course for a semi-final showdown against world No 1 Novak Djokovic.

Nadal won 7-5 6-3 6-0 and will next face Argentina’s Diego Schwartzman in the last eight on Wednesday.

Sinner missed the opportunity to take a set off Nadal having served for the opener at 5-4 before being broken.

The 20-time Grand Slam champion raced into a 4-0 lead in the second set before Sinner managed to fight back to 4-3.

But the comeback was short-lived as Nadal broke the Italian once again before serving out a two-set lead.

Sinner’s spirit was then broken with Nadal comfortably closing out the match without losing a single game in the third set.

The victory extends Nadal’s record to 104 wins and just two losses at the event in which he has dominated since winning his first French Open title in 2005.

Both Nadal and Djokovic could meet in the last four in a rematch of last year’s final.

Nadal is chasing a men’s record 21st Grand Slam title whilst Djokovic will be looking to win a second French Open title and a 19th Grand Slam.

Djokovic survived a major scare earlier after going down two sets to love against Italian teenager Lorenzo Musetti before prevailing in five.