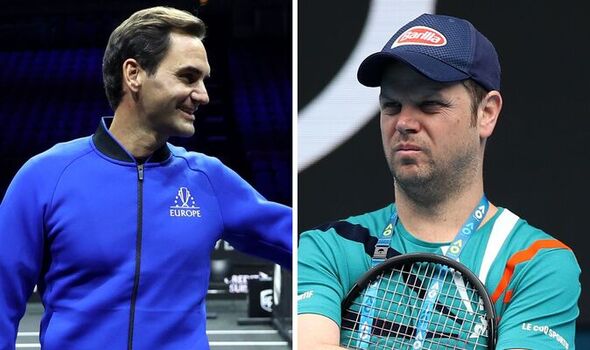 Severin Luthi has hinted that Roger Federer could easily make the transition into becoming a coach after he officially retires from playing this week at the Laver Cup. Federer announced last week that the London showpiece event will be his last on the ATP Tour, bringing an end to his illustrious 24-year career.

The Swiss tennis icon has long cemented his place in history as one of the greatest of all time and Luthi has played a huge role in aiding Federer’s dominance over the years. Luthi teamed up with Federer in 2007 and has been a part of his coaching set-up ever since.

Now the pair are set to wave goodbye as player and coach this week in London at the Laver Cup, where Federer appears set to play doubles with Rafael Nadal on Friday in his last-ever match. But Federer is extremely unlikely to walk away from the sport for good and Luthi even hints that his compatriot has all the traits necessary to make a good coach himself one day.

Luthi recalls how Federer stepped in to help Wawrinka in the early days of his career and insists the 20-time Grand Slam champion is “completely into that topic”. “I think it changed maybe a little bit with his kids but almost 15 years ago or something, he was helping Stan Wawrinka who was not a junior anymore but a very young player,” Luthi told Express Sport.

“I was always thinking, ‘yeah but maybe he beats you one day and he’s also very good’. He always gave him advice and he told him what he thought about his game and everything. 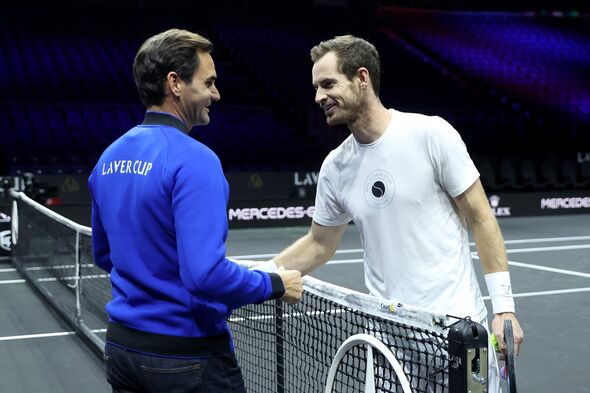 “He’s a generous person and he likes to share this information and he’s completely into that topic. It’s really something he likes to do. Also I saw it with other players. We had a lot of sparring partners in the past, sometimes young players from Switzerland, and for me it was unbelievable how he always tried to help them.

“He knows exactly what he is talking about and he can feel maybe what they can feel or he can know which problems he would have.”

Luthi and Federer were taking charge of a one-off Tennis Next Generation Development clinic hosted by UNIQLO on Tuesday evening with future stars of the sport hitting with the duo. A number of Britain’s top youth players were in attendance with huge cheers when Federer came out onto the Laver Cup practice court to join them.

It’s likely to be the first of many events both Federer and Luthi will host with another scheduled to happen in Japan in the near future. And Luthi can see that it’s something Federer enjoys in giving back to the next generation.

“It’s something that makes complete sense for me,” Luthi added. “Also what was fascinating for me was you could see when they were asking questions and everything, it’s Roger who didn’t want to stop.

“He’s just interested and he’s so happy to give something and he knows what it meant to him when he was at that age so it was great to see how involved he is. If he’s supposed to give one hour, he usually gives two.”

Rafael Nadal admits Roger Federer situation ‘got out of hand’

US Open 2020: Andy Murray warns of more withdrawals after world No 1 Ashleigh Barty pulls out