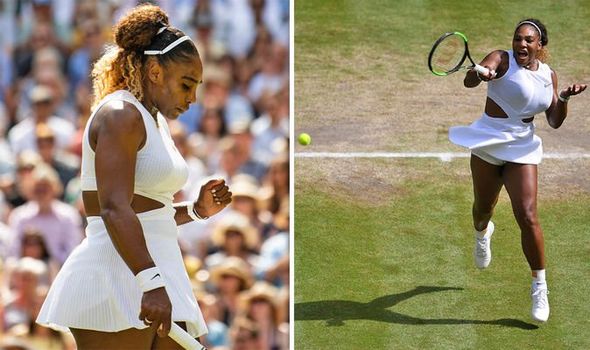 After Simona Halep booked her spot in the final after a dominant 6-1 6-3 victory over Elina Svitolina, Williams walked onto Centre Court aiming to set up a mouth-watering clash with the Romanian.

Williams started the match as the favourite having won her previous three matches against Strycova.

And she made a fine start to the match, breaking the Czech to lead 3-1 with an excellent forehand pass.

Williams then got the crucial double break and served out the set with an ace after just 27 minutes.

Strycova is an accomplished doubles player, who enjoys attacking the net, but she was given few opportunities to get forward as Williams controlled the rallies from the baseline.

And buoyed on by her sister Venus in the stands and David Beckham in the Royal box, Williams broke Strycova to lead 3-2 in the second set.

Williams then consolidated the break with a service hold to love and moved to within two games of the final.

The American refused to drop her level and momentum, breaking Strycova for the second time in the set to lead 5-2 when the 33-year-old put a simple volley wide. 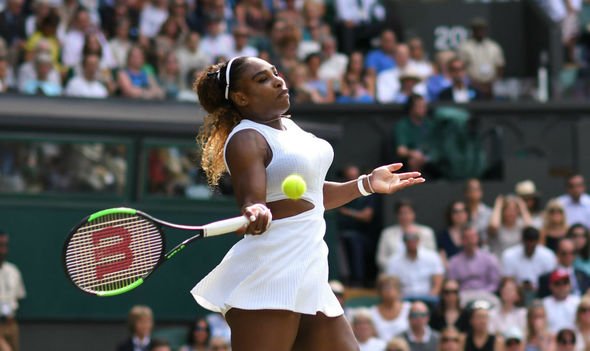 That allowed Williams to serve for the match and on her first match point after just 59 minutes, she sealed her place in an 11th Wimbledon final with a forehand winner.

Speaking after the match, Williams said: “It’s good, especially after my year. It definitely feels good to be back in the final.

“I just needed some matches. I know I’m improving and I just needed to feel good and then I can do what I do best which is play tennis.

“I love what I do, I wake up every morning and I get to be fit and play sport and play in front of crowds like here at Wimbledon – not everyone can do that.

“I love what I do, I’m still pretty good at what I do and it’s always an amazing experience.”

Williams leads the head-to-head with Halep 9-2 and when asked about playing the 27-year-old, she said: “We always have tough matches.

“This was a tough match for me and I look forward to it.”

Dominic Thiem net worth: How much is Thiem worth? Who is his girlfriend?