‘I did not like my nose at all’: Simona Halep has a nose job and won’t play again this year – but the former World No 1 says it will also help her breathing while playing when she comes back

Former women’s World No 1 tennis player Simona Halep has undergone surgery on her nose to help her breathing and, she says, because she didn’t like how she looked.

The Romanian said in an Instagram statement that she will not play again this year, meaning her shock US Open first round defeat by unseeded Daria Snigur is her last match in 2022.

Taking to social media from her hospital bed, Halep wrote: ‘When I lost at the US Open, I realized that I am completely exhausted mentally. Having problems with my breathing for many years already and becoming worse with time, I decided to follow the advice of my doctors and do the needed surgery. 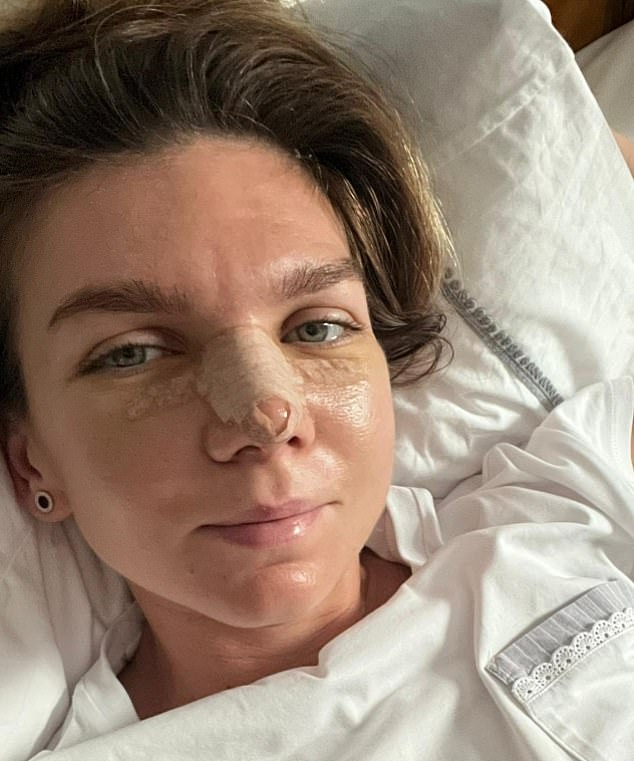 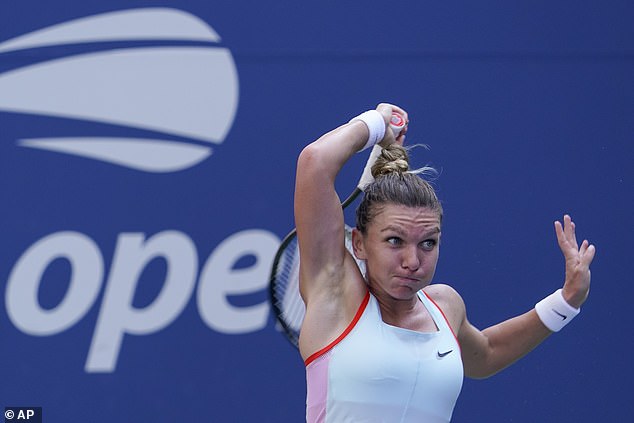 ‘I could never do it earlier because I never found the necessary three months for recovery, because tennis was always the first priority in my life.

‘But I felt it’s the right time to do it also to do something for myself as a person. That i why I did also the estethic (sic) part, that I wanted to do for a long time as I did not like my nose at all.

‘So I did, I solved the functional part and the estethic (sic) part. I know many of you can understand me. I don’t know how long the recovery will take… what is sure is that this year, I won’t be able to compete.’

Halep, in an emotional social media post, also explained that working in a pressure-free environment with coach Patrick Mouratoglou helped her achieve a return to the Top 10 in the tennis world rankings in two months, when she had given herself six to achieve the goal.

She said that at first, the expectation she had placed on herself while working with Mouratoglou had threatened to become a burden.

‘I always put pressure on myself and having the best coach next to me it felt even more pressure to win and do well,’ she said. ‘This ended up with the panic attack during my match in Paris.

‘I felt Roland Garros was the moment I have to play great because of all the work I’ve done. I couldn’t handle the pressure and broke down. Then I talked to Patrick and told him I needed to relax because I can’t play with the pressure I put on myself and asked him to be patient with me for six months.

‘He listened to me, agreed and supported me 100%. After that I could my best tennis and faster than I ever expected, in two months, I was back in the top 10. Goal achieved.’

The 30-year-old is currently ninth in the world rankings but that will fall with her now out of action for the rest of the year.

Halep also had breast reduction surgery in 2009, when she was 17, which she has said helped her career.

At the time, she said: ‘It’s the weight that troubles me. My ability to react quickly, my breasts make me uncomfortable when I play.’ 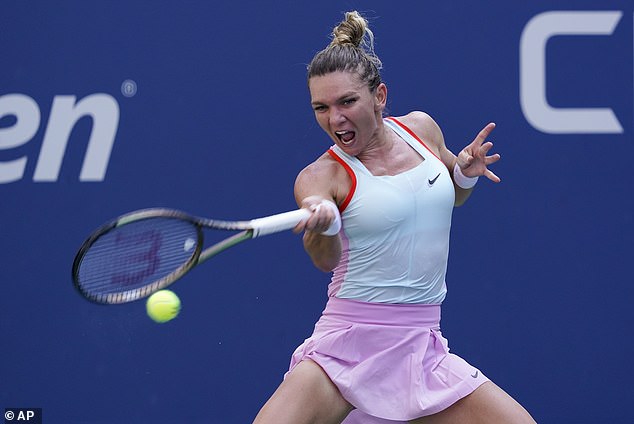 Former World No 1 Halep, 30, is a two-time Grand Slam winner and the current World No 9

While the two-time Grand Slam champion has not set a target for her return, one would imagine that the Australian Open in mid-late January will be at least a tentative target.

Earlier in September, Halep confirmed that her and husband Toni Luruc were splitting, just shy of their one-year anniversary.

She wrote on her Instagram story: ‘Toni and I decided by mutual consent to go our separate ways. I would like the press to respect our privacy and treat this subject with decency and discretion.’