While Kyle Edmund was making his breakthrough in Antwerp, Greek youngster Stefanos Tsitsipas added to his growing reputation by claiming his maiden ATP title too.

The 20-year-old was outside the world’s top 100 at the start of the year but has enjoyed a rapid rise which yesterday saw him beat Latvia’s Ernests Gulbis 6-4, 6-4 in the final of the Stockholm Open.

Tsitsipas, who was ranked 16 going into the Swedish event, has matured into one of the sport’s most dangerous newcomers. In August at the Rogers Cup in Toronto he became the youngest player to beat four top-10 opponents at a single event since the ATP World Tour began in 1990, eventually losing to Rafa Nadal in the final.

A few months earlier in Barcelona he became the first Greek man to reach an ATP final since 1973. He has already qualified for the ATP Next Gen Finals in Milan next month.

Tsitsipas (below) made up for losing two finals this year by outplaying Gulbis in a clinical display. 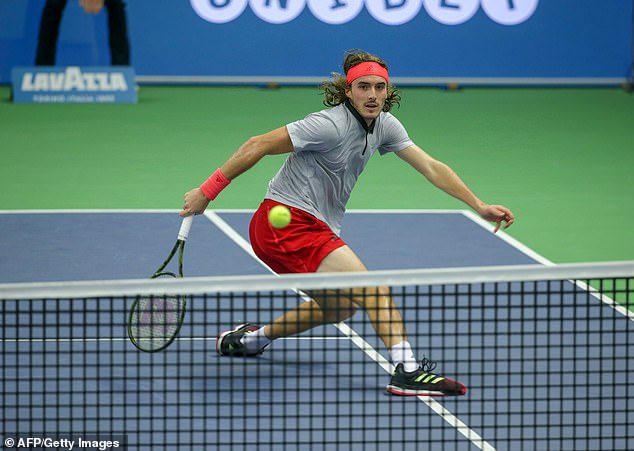 In Moscow, home favourite Karen Khachanov made sure he will break into the top 20 today after beating Frenchman Adrian Mannarino 6-2, 6-2 in the final of the Kremlin Cup.

‘When I was a kid and came to this arena to watch our top players, to ask them for autographs, I always dreamed of winning this tournament,’ sixth seeded Khachanov, 22, said. ‘Now this day has finally come.’

Khachanov overcame Mannarino in just 55 minutes to become the first Russian winner of the men’s singles at the Kremlin Cup since Mikhail Youzhny in 2009.

Meanwhile, Karolina Pliskova began her campaign in the season-ending WTA Finals in Singapore by beating Caroline Wozniacki 6-2, 6-4, gaining revenge for a loss to the Dane in the semi-finals a year ago. 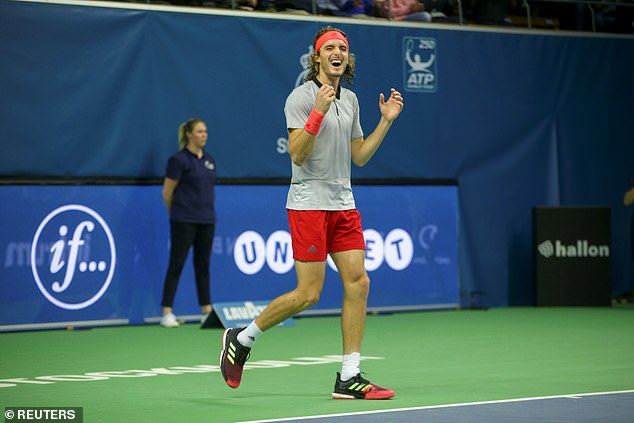