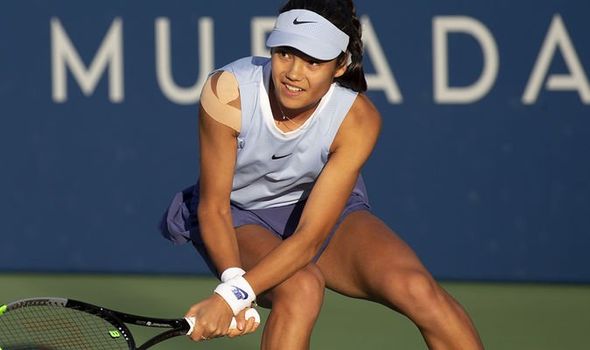 She’s bidding to become the first British female US Open singles winner since Virginia Wade in 1968.

The south London-raised star had a terrific Wimbledon run into the fourth round in July.

Now her Flushing Meadows exploits have reduced her odds of winning the BBC sports personality prize from 500-1 to just 8-1.

According to bookies Betfred, Raducanu sits behind Olympians Adam Peaty, Jason Kenny and Tom Daley in the running.

The teen, who has just clinched top A-Levels, said that after the victory her phone didn’t stop buzzing with messages from school friends. Martina Navratilova branded her “a superstar in the making”, adding: “You saw it with Novak Djokovic… Martina Hingis as well. They are born for it.”

Victory over Swiss opponent Belinda Bencic will see Emma move into the world’s top 75 and replace Johanna Konta as British number one.

She said: “Being here in the US Open quarter-finals after not playing for 18 months is just absolutely incredible. “It will be an extremely difficult match. But I feel like I’m building for each match. I’m really excited to see what I can do.”