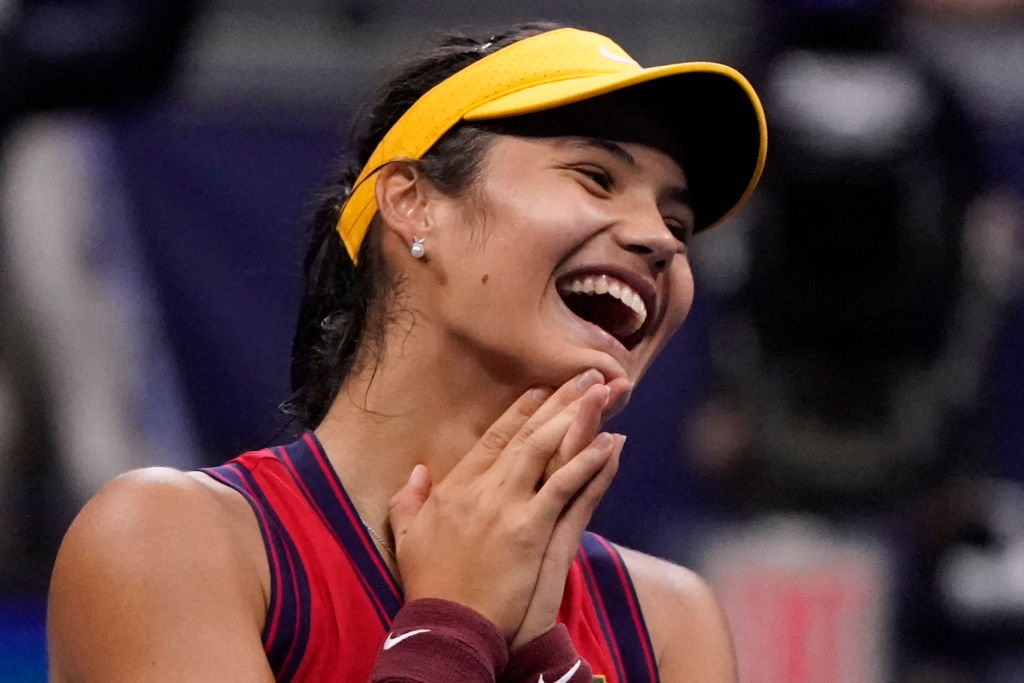 Raducanu made history by becoming the first qualifier to reach a grand slam final with a dominant 6-1 6-4 victory over Maria Sakkari.

She is also the first British woman to reach the final at Flushing Meadows since Virginia Wade won the title 53 years ago.

‘It’s an absolutely staggering performance,’ Henman told Amazon Prime. ‘If we just look at the way she came out and played, her quality of tennis from start to finish, she was so resilient. She never flinched.

‘She never let up. It was relentless. And then you’ve got to throw in the scenario of being a qualifier, an 18-year-old, with all the legends who have ever played this game at grand slam level.

‘She is the first person to qualify and reach the final. It’s simply stunning. She deserves all the credit in the world. On the biggest stage in our sport at every opportunity she plays on her terms. It’s incredible to watch.

‘She’ll need to enjoy this tonight and then get ready for Saturday.’

Greg Rusedski, a US Open finalist in 1997, added: ‘I’m dumbfounded. That performance was worthy of a world number one, a US Open champion, a multiple grand slam champion.

‘The composure, the belief, the handling of the big points. This is her first grand slam semi-final and it was like she was playing in the first round. It was astonishing.’

Andy Murray's verdict on whether Federer, Nadal or Djokovic will win GOAT race

After ‘crazy’ 2019 final, Medvedev aims to rewrite his US Open story