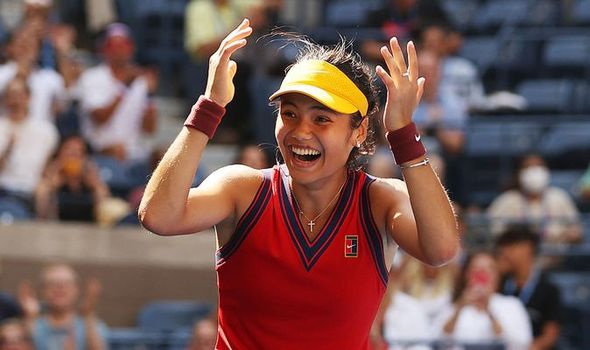 The 24-year-old Olympic gold medallist from Switzerland was the highest-ranked opponent the teenager from Bromley, Kent, had ever faced.

The youngster is the first British woman to reach the US Open semi-finals since Jo Durie in 1983 and will hope to emulate Virginia Wade’s 1968 title win.

Laughing after her win last night, Emma said: “Belinda is such a great opponent I had to adjust and adapt. It was a really tough match.

“I was so happy to come through it and thanks so much for all my support today. I have an amazing team with me.”

Emma came back from 3-1 down to win the first set 6-3 after winning five games in a row.

At one stage Bencic was so frustrated that she smashed her racquet on the court.

After an hour and 22 minutes, Emma, who has yet to lose a set in the Open, produced an ace to win the match.

Former British Davis Cup star Miles Maclagan said afterwards: “It’s astounding the way she has done it. She has breezed through.”