World number one Iga Swiatek was dumped out of the Australian Open in the fourth round by Wimbledon champion Elena Rybakina.

The Russian-turned-Kazakh has spoken of her frustration at not being scheduled on the main courts since her success at the All England Club and, on Rod Laver Arena, she produced a big-stage performance, winning 6-4 6-4.

Rybakina dropped only six points on her first serve during the match and recovered from 3-0 down against a frustrated Swiatek.

Rybakina said: “It was a really tough match. I really respect Iga. She’s a young player and I think she plays really well. Today I think I was serving good. In the important moments I played really well so it made the difference.”

Although it is a big shock, Swiatek is not as dominant on hard courts as she is on clay and, although she has talked here of not expecting herself to win every match, it is clear the Pole finds it difficult to temper those expectations. 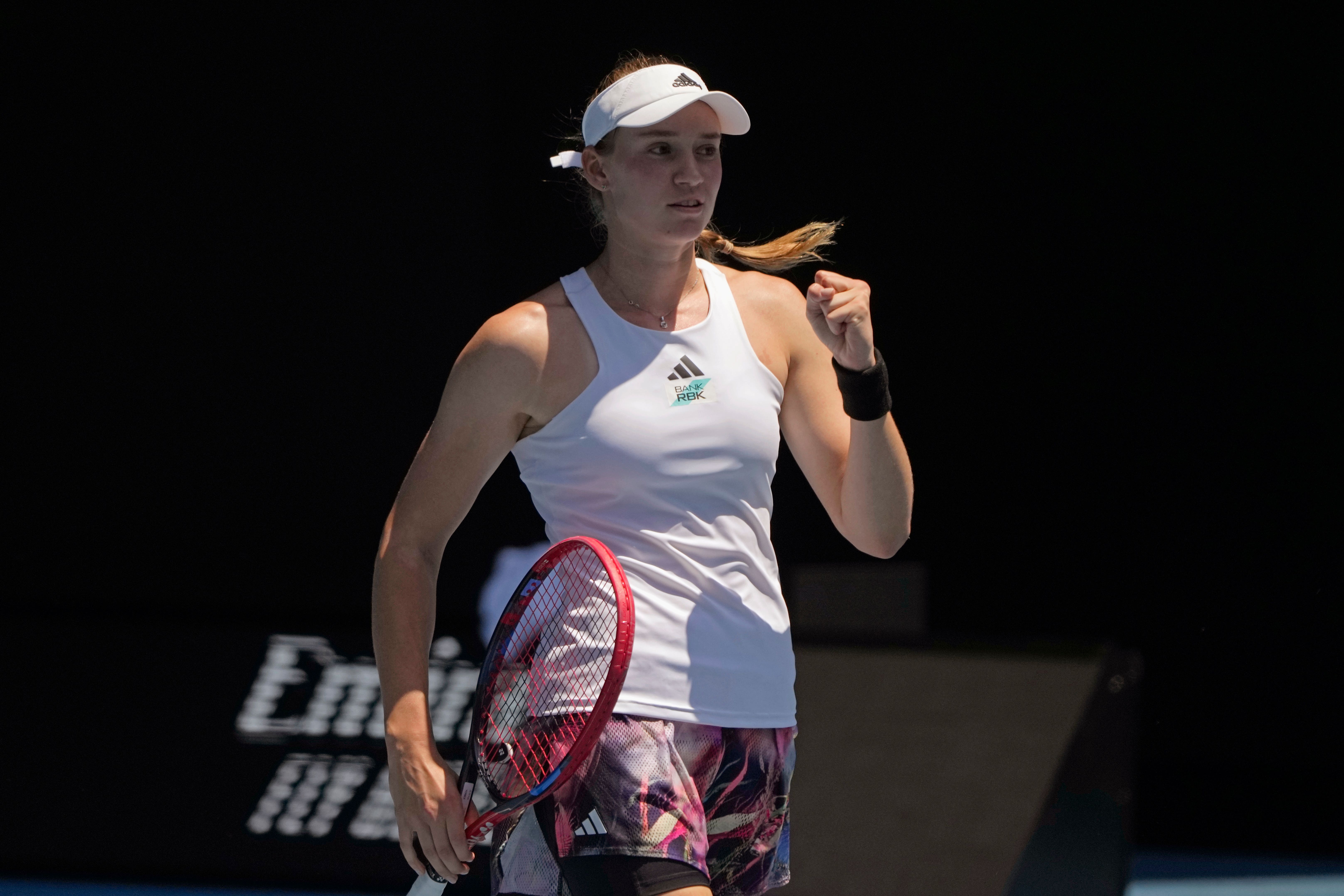 This was a meeting between the only two current active female grand slam champions, and Rybakina made the perfect start by breaking French and US Open winner Swiatek’s serve from 40-0.

Swiatek, who had received a warning before the start for taking too long to be ready to play, pulled back to 2-2 but the flatter hitting of Rybakina was paying dividends on a warm, sunny day in Melbourne and she forged ahead again to lead 4-3 and took the opening set.

Swiatek looked set to mount a comeback when she broke the Rybakina serve in the second game of the second but back came the 22nd seed.

Swiatek had never quite looked comfortable and she was unable to withstand the pressure in the ninth game, with Rybakina breaking and then serving out the match to love to reach the quarter-finals at Melbourne Park for the first time.

In the last eight, Rybakina will play a resurgent Jelena Ostapenko, who powered her way to a 7-5 6-3 victory over seventh seed Coco Gauff.

A surprise winner of the French Open in 2017 aged 20, Ostapenko has struggled in recent years but last season saw her climb back up the rankings and she is through to this stage of a grand slam for the first time since reaching the Wimbledon semi-finals in 2018.

Ostapenko simply had too much power for Gauff, who is one of the best defenders on tour but was unable to land her big first serve as often as she needed and paid the price.

Tsitsipas closing in on world top 10 after winning Marseille Open