Conor McGregor is ready to take on anyone in the welterweight division after destroying Daniel ‘Cowboy’ Cerrone inside 40 seconds. McGregor truly announced himself back on the world stage with his first win inside the Octagon since 2016.

In the build up to the fight, there was some trepidation on what to expect from McGregor, given the fact he hadn’t fought on a UFC card in 18 months.

But all doubts were soon put to bed in the fourth quickest win of his career after delivering a brutal kick that Cowboy never recovered from.

Watching on from the cage side seats were top ranked welterweights Kamaru Usman and Jorge Masvidal.

Both fighters have called out McGregor over a potential fight in the future and the Irishman is ready to take any of them on. 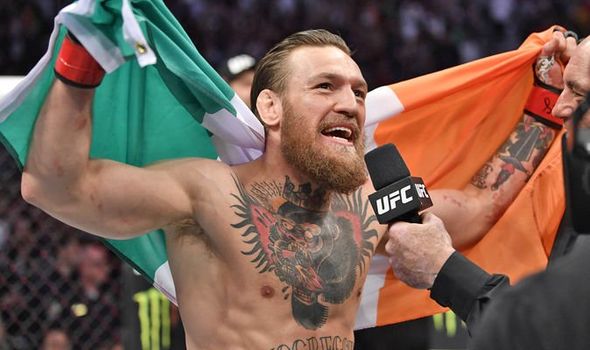 “I like this weight division. I feel really good. God willing, I came out of here unscathed, I’m in shape,” he said.

“I don’t believe I’m there yet, though. I’ve still got work to do to get back to where I was.

“I’m going to party tonight and spend time with my family and then get back into the gym and train.

“[I’ll take] anyone of these mouthy fools can get it. All of them. Every single one of them, it doesn’t matter. I’m back and I’m ready.”

Usman though was clearly unimpressed by McGregor’s post-fight speech as he was spotted yawning excessively. 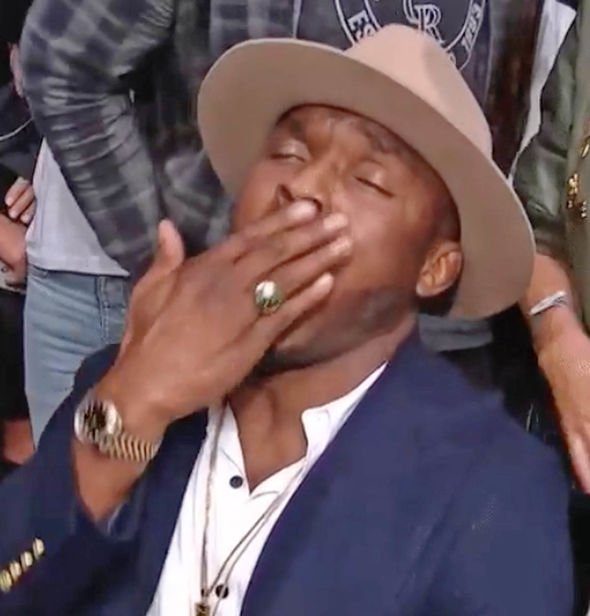 When the kick was shown again in slow-motion on the big screens, there were huge gasps from the crowd.

But McGregor was delighted to have become a history maker as a result of the kick.

“I made history here tonight, I set another record. I’m the first fighter in UFC history to secure knockouts at featherweight, lightweight and now welterweight so I’m very proud of that.

“Donald holds the record for the most head-kick knockouts so I’m so happy to get him there with a head-kick myself.”