Conor McGregor was seen leaving UFC 257 using a crutch after taking brutal calf kicks during his defeat to Dustin Poirier. Notorious suffered his first-ever knockout defeat at the hands of the Diamond to the shock of those in attendance at Fight Island.

McGregor’s return to UFC did not go to plan with Poirier getting revenge from the first time the pair met.

This time it was Poirier who got the better of McGregor though handing him another defeat in the sport.

In video footage backstage at the arena, the Dubliner is seen limping and using a crutch to help his exit as he passed his opponent. 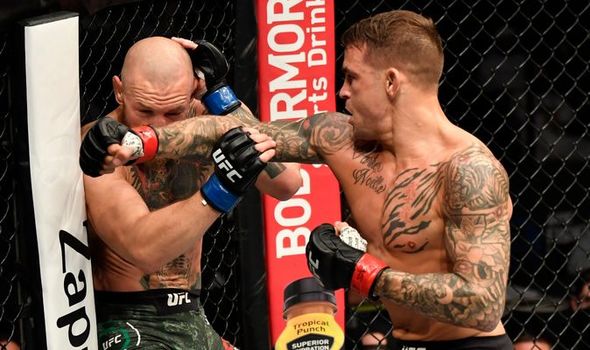 Poirier won the interim lightweight title in 2019 but came up short when Khabib Nurmagomedov beat him for the undisputed crown later the same year.

Nurmagomedov has since retired and if he does not return, Poirier is likely to face Michael Chandler, the former Bellator champion for the title.

McGregor admitted his long stretches on the sidelines had come back to haunt him.

“If you put in the time in here, you’re going to get cosy in here and I just have to dust it off and come back and that’s what I will do. I need activity, you don’t get away with being inactive in this business,” McGregor said.

After an early feeling out process, Poirier managed to get the takedown in the first round but McGregor was soon back on his feet and landing shoulder strikes that proved so effective in his welterweight victory over Cerrone. 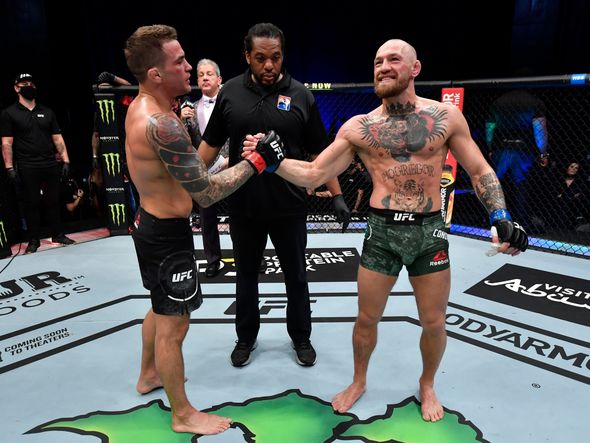 A sharp elbow momentarily buzzed Poirier, as did a counter right uppercut although he responded with a smart check hook and was regularly kicking out at McGregor’s right calf in an attempt to stifle his rhythm.

It was a tactic McGregor praised afterwards, saying a dead leg meant he “just wasn’t as comfortable as I needed to be” as Poirier capitalised on his opponent’s uneasiness midway through the second round.

McGregor slipped to his fifth defeat in 27 professional mixed martial arts contests while Poirier improved his record to 27 wins and six defeats.