Conor McGregor has been mocked by Khabib Nurmagomedov’s manager Ali Abdelaziz ahead of the Irishman’s UFC return against Dustin Poirier. ‘The Notorious’ returns to the cage for his first fight in a year against Poirier as the rivals headline UFC 257 next month.

McGregor also has his sights set on a rematch with Nurmagomedov if ‘The Eagle’ can be persuaded out of retirement.

The Irishman called out Nurmagomedov in a series of tweets which he later deleted – and was then on the receiving end of a takedown from Abdelaziz.

McGregor tweeted, “MeDanaAliGonnaGetcha”, following up by posting, “Robert Earl Britton is The Man!” – an apparent reference to an alias allegedly used by Abdelaziz to register with USADA.

Abdelaziz replied by saying, “Wrong, the eagle is”, before tweeting: “You said to Khabib in the cage only business. Go get an IV and sober up because we know you drunk or high.” 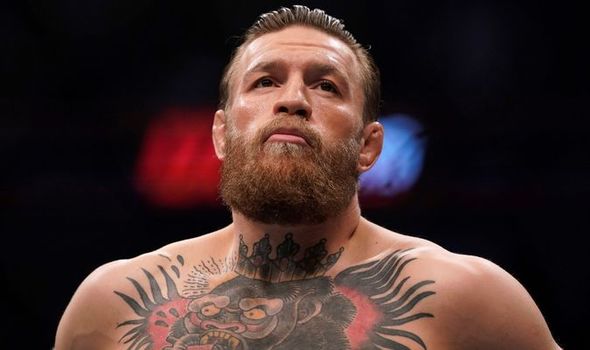 Then Abdelaziz followed up by posting a comparison photo apparently showing McGregor and Nurmagomedov aged nine. McGregor is pictured cuddling a teddy bear, while the Russian appears to be wrestling a real baby bear.

Nurmagomedov’s unbeaten compatriot Khamazat Chimaev also got in on the Twitter spat, saying: “Don’t worry big brother I’m going to smash this chicken for you.”

Chimaev and McGregor could meet in the future, with the 6ft 2ins Russian able to compete at welterweight.

McGregor has called for a rematch with Nurmagomedov ever since being choked out by his rival in 2018 – although the Dubliner has fought just once since, a 40-second win over Donald Cerrone at the beginning of this year. 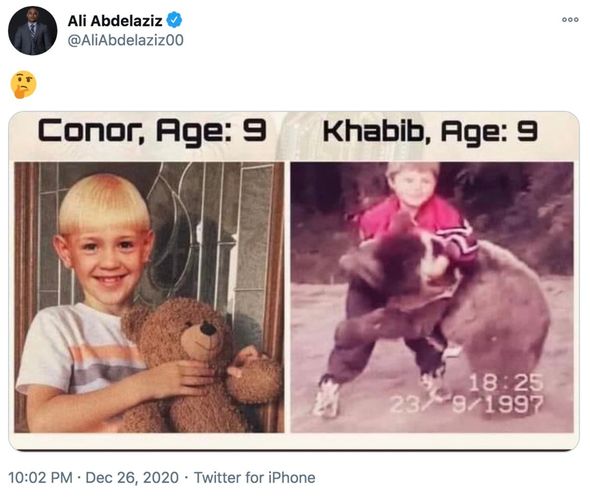 McGregor and Poirier will headline UFC 257 on January 23 with the winner in pole position for a lightweight title shot.

Nurmagomedov still holds the belt despite announcing his retirement following his win over Justin Gaethje in October – which was his 29th career victory.

He said he had promised his mum he would not fight on without his dad who died following a battle with Covid-19.

He has since hinted that he would be open to returning for a 30th professional mixed martial arts bout – but likely against Georges St-Pierre rather than against McGregor.

McGregor vs Poirier on Sky: How to watch UFC 257 on Sky TV