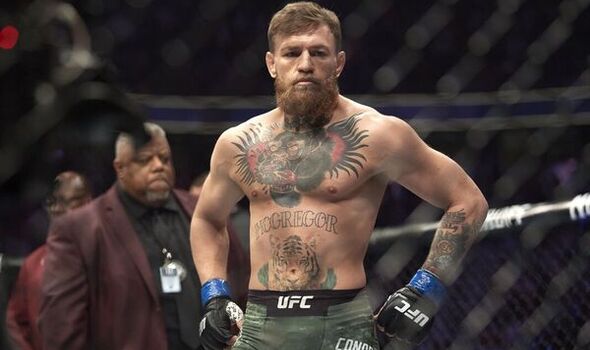 Conor McGregor has taken aim at Joe Rogan in reference to something he said over four years ago, when the Irishman faced Khabib Nurmagomedov. It was one of the more fierce rivalries in the UFC, with the Irishman serving community service after attacking a bus transporting Khabib in 2018, and the two lightweight fighters would go back and forth for months. The fight finally took place in October of that year, with the Russian showing his dominance and defeating McGregor after a fourth-round submission in a fight he largely controlled.

Khabib and McGregor continued their rivalry even after the fight, with the Russian jumping out of the octagon and attacking McGregor’s team, while a member of Khabib’s team hit McGregor in the octagon.

And whilst the Irishman has sent shots at Khabib ever since their fight, being critical of him retiring early, it’s clear to see that he still is not over the loss, and appears to have watched the fight again recently.

In a recent Instagram post, McGregor took aim at Rogan, who was on commentary for the fight. Rogan claimed that McGregor illegally kneed Nurmagomedov in the fight, to which he has taken umbrage with.

McGregor posted a voice clip on his Twitter page, saying: “‘That was an illegal knee on the head of a grounded opponent,’” McGregor said in a mocking tone of Rogan. “Shut up, Joe, you little fool, ye. What are you talking about, smash this and smash that?

It’s the latest UFC personality who McGregor has sent a jibe to, after doing the same to former middleweight champion Michael Bisping.

McGregor has been away from the octagon since he suffered a leg injury in his second loss to Dustin Poirier in July 2021, losing to his lightweight rival twice that year.

Ahead of his comeback in the first quarter of 2023, McGregor is expected to move up to welterweight, after putting on muscle mass whilst rehabbing his injury, and could faces the likes of Leon Edwards, Kamaru Usman, Khamzat Chimeav, Colby Covington and Jorge Masvidal.