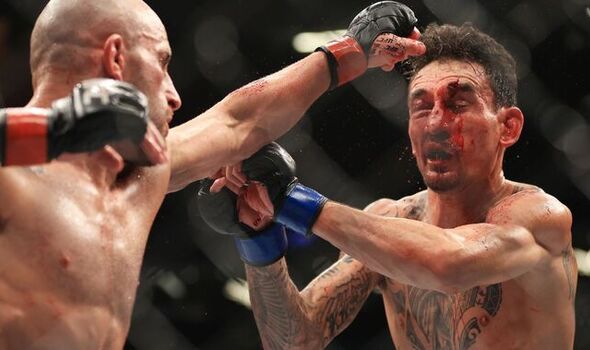 Max Holloway was rushed to hospital after suffering a deep laceration during his trilogy bout against Alexander Volkanovski. After two decision losses to the Aussie, history repeated itself again on Sunday morning as Holloway lost on points to his rival.

Volkanovski was at his scintillating best in their third fight with a lopsided victory which generated scorecards of 50-45 from all three judges. After a close opening round, Volkanovski upped the intensity in the second and opened up a horrific cut above Holloway’s left eye with a perfectly timed overhand right.

“Blessed” bled like a pig as the gash got wider and wider throughout the fight with the claret clearly obscuring the Hawaiian’s vision. Despite valiant efforts to claw his way back into the fight, Holloway was unable to turn the tide as the champion slipped and ripped his way to victory.

Post-fight the former featherweight champion was transported to the hospital for further treatment. The defeat to Volkanovski snapped a two-fight win streak for fan-favourite Holloway, who had forced his way back into the title picture with back-to-back victories over Calvin Kattar and Yair Rodriguez. 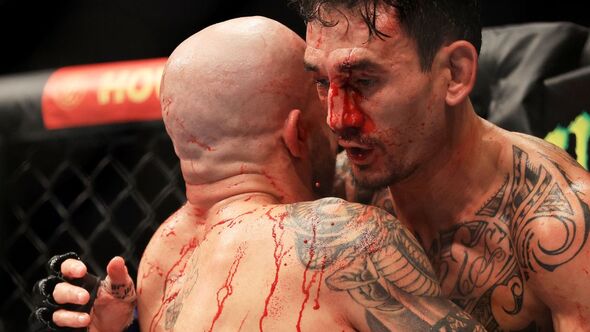 The win for Volkanovski marks his fourth defence of the featherweight title since capturing the strap from Holloway 2019. “The Great” is now setting his sights on the lightweight title which is currently vacant after former champion Charles Oliveira missed weight against Justin Gaethje in May.

“Max Holloway is an absolute beast,” Volkanovski said after the win. “I just proved to you that I want to be in this octagon as much as possible. I want to be busy. I want to move up and go for double champ and I’ll keep two divisions busy.

Reaction to Adesanya’s ‘snoozer’ against Cannonier 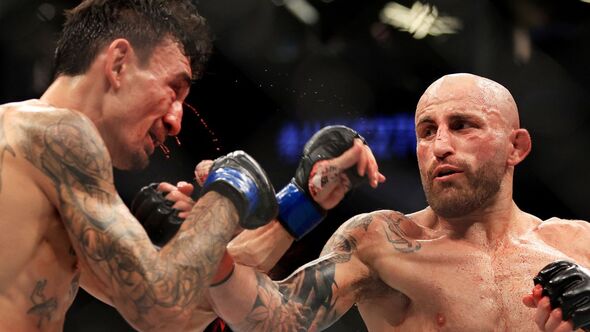 “Charles [Oliveira], whoever gets that belt, no disrespect, I’d love to move up, get that double champ status and if I get both belts, I’ll keep them both busy, let’s go!”

Volkanovski has been virtually untouchable since joining the UFC in 2016. “The Great” is currently 11-0 inside the Octagon and sits at No 2 in the company’s pound-for-pound list.

The 34-year-old started his MMA career at welterweight in Australia but quickly dropped to lightweight and then featherweight after sustaining the first and only loss of his professional MMA career against Corey Nelson.

A product of the world’s hottest gym, this Kiwi UFC star is closer to a title than you think