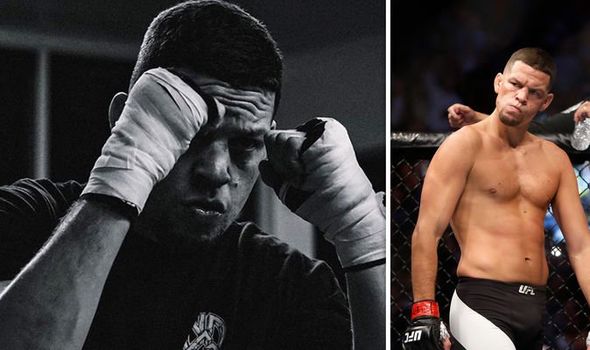 The Ultimate Fighter season five winner’s first fight since his rematch with Conor McGregor in August 2016 will take place at UFC 241 in Anaheim, California on August 17.

Diaz will be welcomed back to the cage by former UFC lightweight champion Anthony Pettis.

Pettis vs Diaz is a match-up which took the entire mixed martial arts world by surprise, especially given how much trouble the UFC brass had trying to get the latter back to the cage.

Fans are quite rightly excited for the fight, which will take place in the welterweight division.

Fan-favourite Diaz has yet to comment on his UFC return to action but has been active on social media.

And his first Instagram post after the announcement of his return certainly shows he’s ready to fight again.

Two days after his comeback was confirmed, Stockton native Diaz uploaded a picture of himself throwing up two west coast signs.

But instead of putting a lengthy caption, Diaz, a man of very few words, put a fist emoji instead. 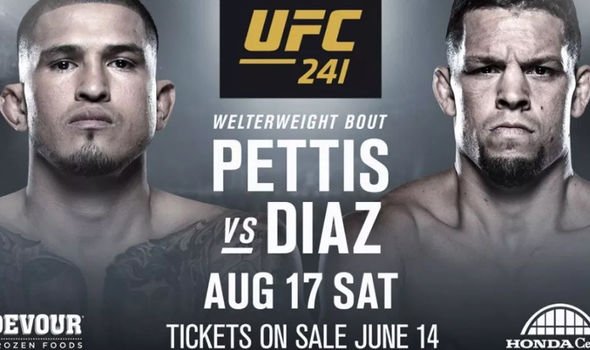 I’m definitely looking forward to whooping his a**

Pettis has a longstanding beef with the youngest Diaz brother and is looking forward to finally settling the score with the 34-year-old.

“We’ve just always had this drama,” Pettis said during an appearance on Ariel Helwani’s MMA Show.

“Every time we saw each other, something was going to happen.

“He might have been jealous I was the champ. 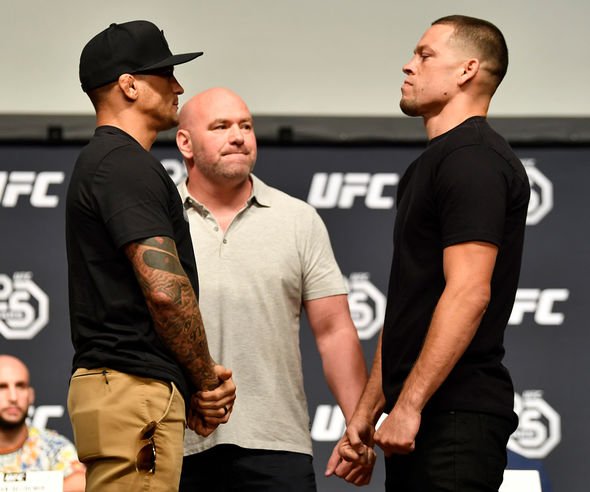 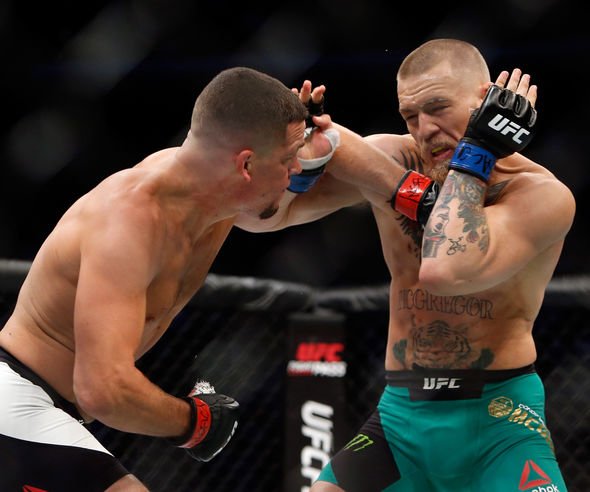 “He wanted his shot at me. He got his [Conor] McGregor fight and then went MIA.

“That chapter never closed in my life, so to me, this is something that had to happen.”

He added: “Nate is a tough dude, but he turns it on for the cameras.

“For me, I’m past that drama stuff, but I’m definitely looking forward to whooping his a**.”