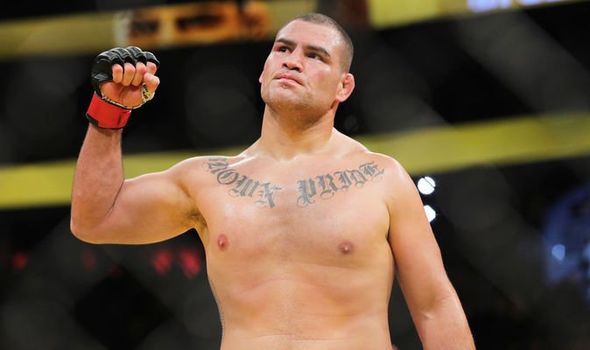 UFC legend Cain Velasquez has revealed that a WWE comeback at the Royal Rumble is a “possibility”. Velasquez hasn’t been seen on WWE TV ever since his loss to former MMA rival Brock Lesnar at Crown Jewel in Saudi Arabia last Halloween shortly after signing with Vince McMahon’s promotion.

It’s a possibility, I haven’t got full confirmation but hopefully

Lesnar retained the WWE Championship by making El Padrino tap out to the Kimura Lock and added insult to injury after the bell when he launched a brutal attack on his fallen foe with a steel chair.

The two-time UFC Heavyweight Champion made a one-off non-televised return a month later during a live event in Mexico where he teamed up with Humberto Carrillo and defeated Luke Gallows as well as Karl Anderson of The OC.

There has been speculation the last few weeks that the 37-year-old fighter will be coming back at the Royal Rumble on Sunday at the Minute Maid Park in Houston, Texas.

The MMA hero isn’t ruling out a potential appearance although he has yet to receive official confirmation from WWE management.

JUST IN: Conor McGregor warned up to 50 WWE stars would ‘hand him his ass’ after UFC comeback win 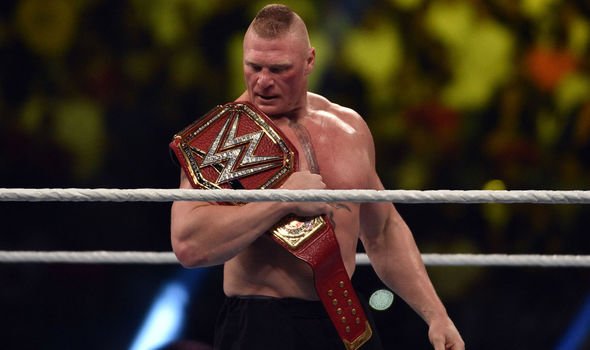 He would also be keen to “get a piece” of Lesnar, who will be competing in the Men’s Royal Rumble Match as the No1 entrant and will have to face 29 other superstars to win the annual megafight.

Velasquez told Express Sport when asked if he will appear in the Pay-Per-View event: “It’s a possibility, I haven’t got full confirmation but hopefully.

Velasquez added that he is not yet done with Lesnar as he claims they still have “a lot of unfinished business” after their fight in Jeddah.

The American superstar stated that he keeps getting better as he prepares for his comeback and would be very open to settling his differences with The Beast in a rematch.

He added: “Yes [I would be up for a rematch], the bad thing for Brock is the longer I stay here and the in-between time that we have after our match the better that I am getting.

“I always try to get better. And yes, I would love another match with Brock. I’m never going to stop fighting and I feel we have a lot of unfinished business.”

The Men’s Royal Rumble Match will also include some other major stars from RAW, SmackDown and NXT, such as Roman Reigns, AJ Styles, Braun Strowman, Rey Mysterio and many more.

BT Sport is the exclusive live broadcaster of WWE in the UK, showing Raw, Smackdown, NXT and NXT UK plus all the year’s biggest PPV events on BT Sport Box Office. Subscribe and watch on TV or the App or try out the BT Sport Monthly Pass.